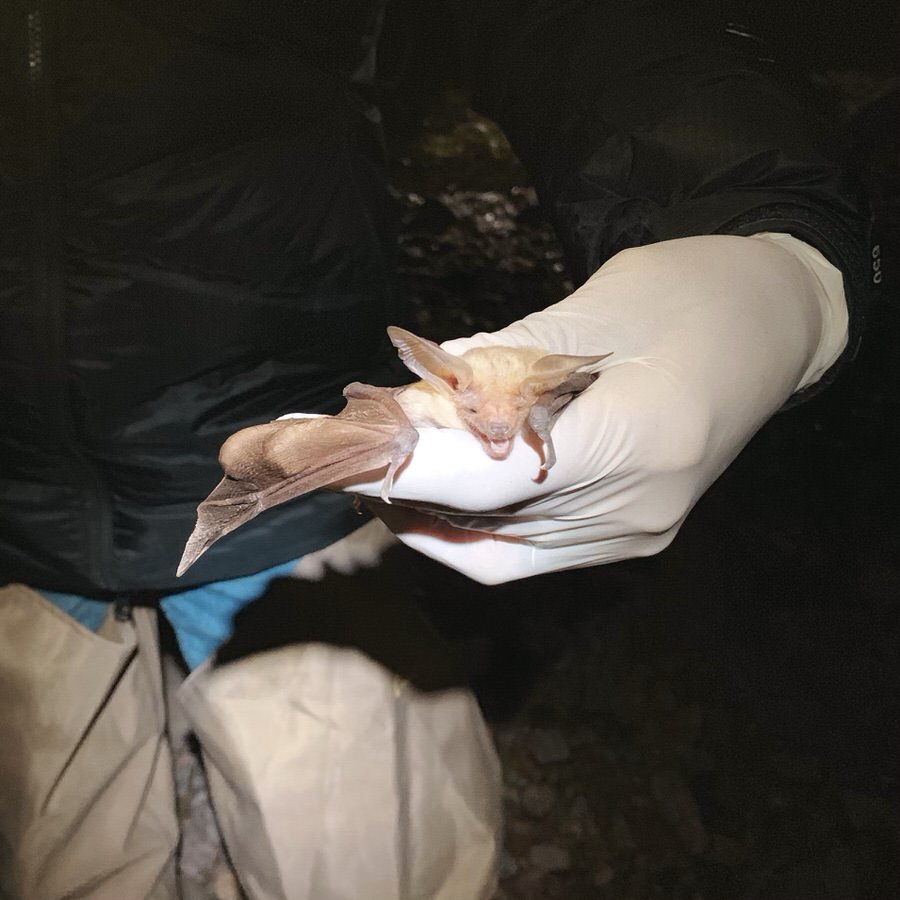 25 Jun Why are bats so important?

As a biology assistant intern, I will be helping the bat crew collect important data on the distribution and abundance of bats!
Bats are incredible little critters, they are a very valuable species that play a big role in keeping the insect population in check. Out of the 150 different species of bats found in North America about 70% are insectivores. Their appetite helps farmers across the world and it is estimated that in the United States they provide about $4 billion – $53 billion worth of pest control!! They also provide nutrients to other cave dwellers and pollinate some plants. Unfortunately, over the last 13 years, their numbers have decreased drastically due to something called White-nose syndrome. WNS is caused by a fungus (Pseudogymnoascus destructans or PD for short) that affects hibernating bats. It grows in areas like the nose and wings and wakes the bats up, this results in the bats using up fat reserves and dying because they can’t find food.
As of right now, the fungus is only found on the east coast and the state of Washington. Unfortunately, biologist predicts that the fungus will spread to the entire United States. In order to prepare biologists have begun a nationwide effort to monitor bats, resulting in a program called NAbat (A Plan for the North American Bat Monitoring Program). The purpose of this program is to collect data on the abundance and distribution of bats in the US. This is done by recording bats while they are active at night in the summer months and by counting hibernating bats in the winter. This data will help scientist make decisions on how to best protect bats in the future.
I will be helping my team by setting up acoustic recorders in different grid cells throughout the park, collecting swab samples from certain species of bats to ensure they do not have the pd fungus, and capturing bats to understand the species diversity in the park. At the end of my internship, I will be speaking at the annual Bat Festival in Page, Arizona and all are welcome to join us!