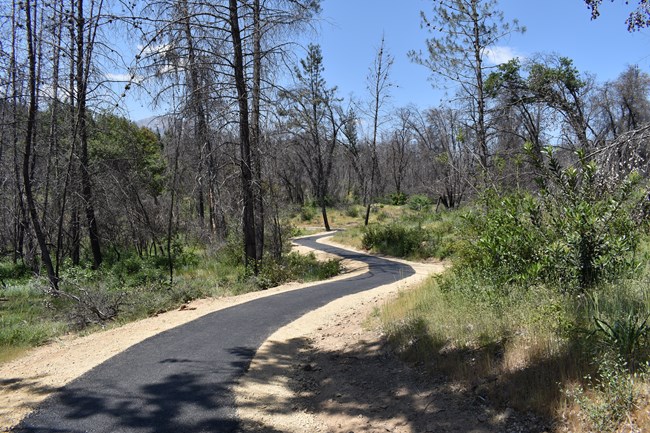 Throughout the summer, I have participated in several park workshops with the Denver Service Center project teams and each one is a new, exciting, and unique experience. Every park has its own ecosystem (much like the park itself!) of staff and management projects that they are working very hard to achieve given the time and resources they have. The DSC is positioned to help parks through the phases of management plan development and implementation which is especially useful in ensuring NEPA (National Environmental Policy Act) compliance. Whiskeytown National Recreation Area is one such park that recently developed a new trails management plan with the DSC and thus, is required to undergo the NEPA EA (Environmental Assessment) process. When I joined the project group, the EA had already been created and reviewed by the region and the park. The next step was perhaps one of the most important steps of the process, public scoping or civic engagement of the interested or affected public. This step allows the public to weigh in on the decisions being made at the park through online public comments. Typically, an in-person public meeting would take place in which the park could present to the public and answer any questions or hear suggestions but due to COVID-`19 safety protocols, Whiskeytown held its meeting virtually! In preparation for this meeting, I attended several meetings with the DSC and the Whiskeytown park staff to plan out how to execute a meaningful, effective, and efficient webinar meeting given the circumstances. Prep work included creating a short but informative Powerpoint presentation of the proposed plan, which I had a role in developing, and assigning roles for each of the staff and DSC team. On the day of, I was so excited to see all our hard work come to fruition! When it came time for public comments, I got to filter and pass on the public’s questions and suggestions. So many comments came through and it was a success for the park to hear from and interact with, albeit online, with members of the public who love the park just as much as the staff!