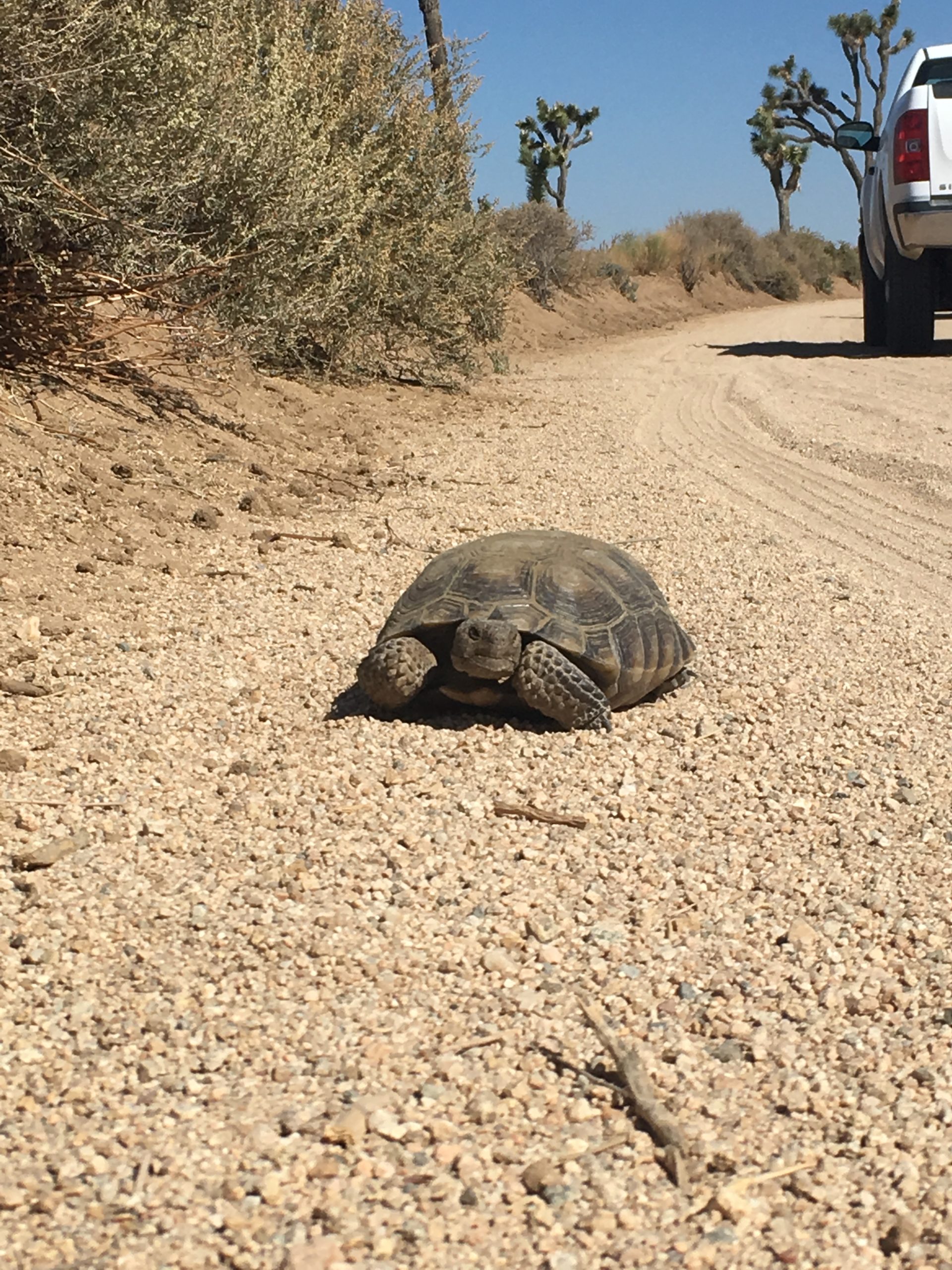 02 Jul What Role Do National Parks Have in Scientific Research?

En route to some bee monitoring field work, I got to spend some time with my boss on a lengthy drive through the park. Joshua Trees and granite boulders slide across the landscape, and I decide to take advantage of this time to ask him questions about the National Park Service and what role he plays. As a scientist, I’m interested to know what kind of research he does – I even asked him what kind of project he would do if he had unlimited funds. His response surprised me. Not a lot of research gets to go on at National Parks, at least not as much as some people might think. Wildlife is only a tiny sliver in an entire system mostly dedicated to visitor recreation. Only a small number of projects get funding, and not all project proposals get approved. This begs the question:  What kind of research should be conducted in National Parks?

As Chief of Wildlife, my boss gets a lot of project proposals that come to his desk. These are proposals for scientific research to be conducted in the park from universities and other organizations. There are actually a lot of different opinions on what kind of research should be done within the park. What kind of research should be prioritized? What role do National Parks have in scientific research? These are questions I honestly never considered until now! In my opinion, ecological research has an inherent value all by itself – the act of inquisition and discovery can justify most research. I have always viewed National Parks to be an incredible resource for the scientific community – a place where researchers can go and study species in their natural habitats and (hopefully) pristine environments. Not all would agree with me. As I spend more time here, I’ve come to see that the main mission of the National Parks system is mainly visitor use and recreation. So when a project proposal is on your desk you might ask: How will a study on beetles benefit the visitors? How will it benefit the park? Of course, there’s an argument for both sides. There are some who might not view any value in beetle research since it does not directly benefit visitation use and those in my boss’ seat across the country might deny that proposal. Most funded insect studies are most likely those on pests (especially agricultural pests), and our only interests seems to be on those that affect humans. As climate change and species extinctions become the cornerstone issue of my generation, how do we go about giving value to our wildlife without any ties to human beings? Answering that question will be something we will continue to struggle with. While I can’t answer it now, I amazed to be here under my boss’ mentorship and I hope to spend the rest of my career trying to answer it.

“Wildlife and its habitat cannot speak so we must and we will.” – Teddy Roosevelt