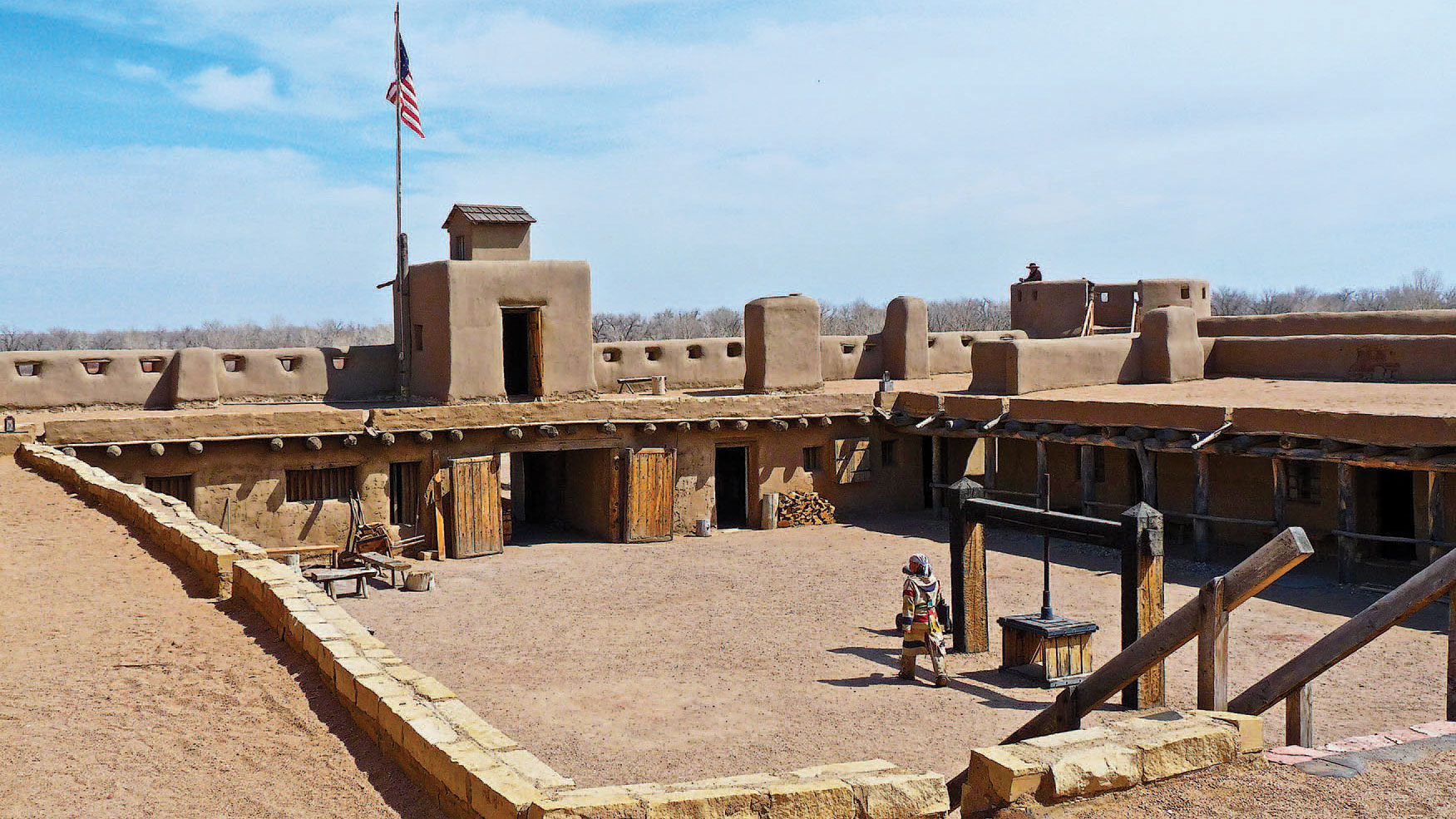 I thought it would be helpful to provide some background of my current worksite by explaining a sliver of interesting American history I’ve learned so far. There is an entire library here full of wonderful details about Bent’s Old Fort that have been illuminating, but I will go over the very basics of this truly historic place on the Santa Fe Trail. They also have a bicentennial of the Santa Fe Trail on September 23 – 26, 2021 with living history demonstrations of 19th century life. If you are near La Junta, Colorado during this time I highly recommend visiting this lively fandango.

The westward push invoked by Manifest Destiny is the germ of America’s villainies and only 30 years after the Louisiana purchase, Bent’s Fort (1833) was built in the newly acquired area of now eastern Colorado at the very edge of the purchased land. An idea of constructing a trading fort was conceived by three men three years prior: William Bent and Charles Bent (brothers), and Ceran St. Vrain. All three of them came from wealthy means and decided to build the only settlement for 600 miles on the Santa Fe Trail to trade with fur trappers and Native Americans. The fort was known as Fort William to most as William Bent was at the fort more than either Charles or St. Vrain. Built along the Arkansas river, the fort was constructed from abode by Taos laborers and was routinely maintained by them as adobe buildings are notoriously fragile. It was an oasis on the Santa Fe Trail where as many as 5 different languages could be spoken. A strategic position adjacent to the Arkansas river provided the fort the prime location that would be traveled by Western pioneers; a one-stop-shop for blacksmithing, wagon repair, trading, food, and water.

The Cheyenne and Arapaho tribes were the most common tribes to trade with although the Kiowa, Navajo, and Southern Cheyenne would trade as well for tobacco, guns, axes, and other western inventions. William held peaceful and respectful relations with the Cheyenne. He married Owl Woman from the Southern Cheyenne tribe who was the daughter of a Cheyenne chief and together they had four kids. The fort lasted for 16 years (1833-1849). Bent’s fort served as a military operation during the Mexican-American War (1846-1848) and when the U.S. government offered an insultingly low price for the fort William decided to not sell and instead burnt it to the ground. William would continue to work for the government as an Indian agent trying to keep peace between Native Americans and new settlers but his efforts were not fruitful making him resign 5 years before his death in 1869.

The atrocities against Native Americans were systematic and unstoppable but William always tried to keep his fort a place where commerce and respect was king. William learned Cheyenne and even raised his kids multi-culturally with his Cheyenne wife. The end of this fort could be said to mark the end of Indians and Mountain men and the beginning of settlers and soldiers. This site was fully reconstructed in 1976 from blueprints drawn by Lieutenant Abert, a topographical engineer, while he was recovering from an illness at the fort. It has now lasted about three times as long as it once had as a trading post.