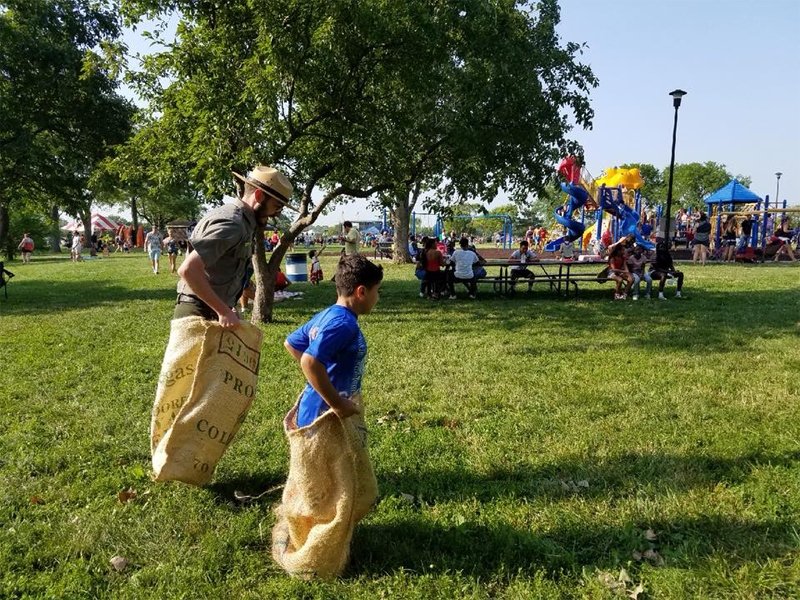 Posted at 23:50h in Blog by Elizabeth Garcia 0 Comments
0 Likes

One thing I’ve learned about Nebraska in the month that I’ve been here is that Nebraskans really like the Fourth of July. As an intern at Homestead, I’ve been granted the opportunity to observe this up close. The festivities are not limited to the Fourth, but rather begin in advance of Independence Day.

On Sunday the 1st we were invited to attend a party hosted by one of the park’s employees at her home, so after my roommate (another intern at Homestead) and neighbor (a park ranger at Homestead) got off work, we hopped in the car and headed into town. Once there we ate some delicious chicken and just hung out with other Homestead employees. The main event of the evening, however, began after dinner at around nine o’clock. All the guests gathered outside where chairs and blankets had been laid out on the front lawn. For about an hour we sat outside and watched the beautiful display of fireworks, courtesy of the host and her husband. Afterwards, we went back inside and discussed our favorite ones before it was time to head back to our quarters at the park.

Two days later, I once again found myself celebrating the Fourth of July before it was officially Independence Day. This time it was in the form of the Uncle Sam Jam in Lincoln. Homestead National Monument of America was invited to once again attend this Independence Day celebration to promote some of the park’s upcoming events. Driving from Homestead’s Education Center, a park ranger and I met up with another of the park’s rangers at Oak Lake Park in Lincoln. Once there, we opened up the park’s tent and set up a table where we laid out information about Homestead’s upcoming events. We also had bags for the kids to do gunny sack races. For prizes, we had stickers and Junior Ranger hats to give the kids. Despite the heat, a large number of people gathered to enjoy the celebration. Uncle Sam Jam also featured a number of other activities for families to enjoy. There were games for the children, and a local funk band provided entertainment. My favorite part, however, was the food. I had not had a chance to enjoy Mexican food since my arrival in Nebraska, and I was overjoyed to find that one of the food trucks sold some delicious tacos al pastor. At the end of the night, bright fireworks lit up the sky for everyone to enjoy.

I found myself back at Homestead on the Fourth to help facilitate the campfire program the park was hosting. The park’s historian gave a short presentation about the importance of education in the United States, while musician Chris Sayre performed a history of American folk music. Overall, I had a great time at all of these events, and I am glad I was able to spend my Fourth of July here.