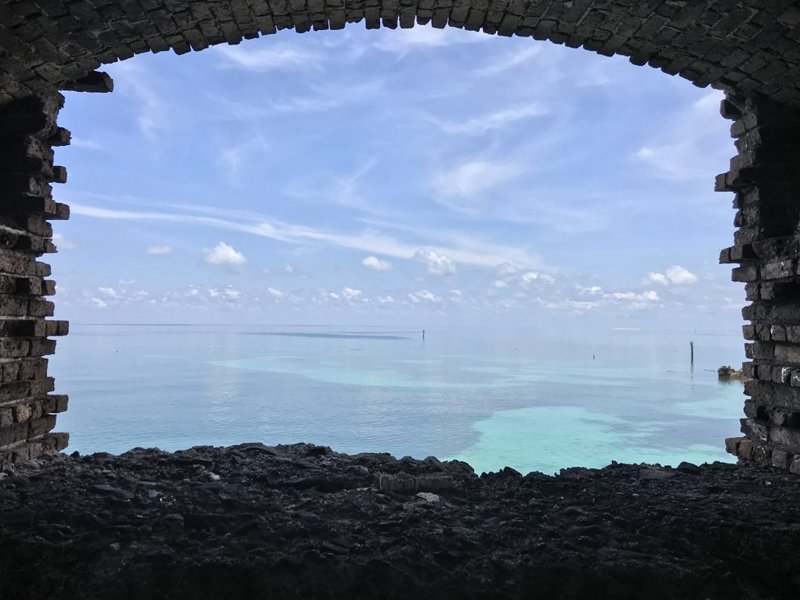 05 Jul The River of Grass

Posted at 22:10h in Blog by Daniela Alviz 0 Comments
0 Likes

So far, my internship has been an incredible learning experience. We have been so incredibly lucky to visit every possible corner of Everglades National and its surrounding protected lands. This includes Big Cypress National Preserve and Dry Tortugas National Park.

We have walked all of the trails that the Everglades has to offer. We learned what is being done to restore a more “natural” water flow back into the Everglades with CERP (Comprehensive Everglades Restoration Plan). This plan was approved in 2000 and was given $10.5 billion (so far) and is said to take 30+ years to fix the damage we have made through canals and dams. We also talked about what is being fixed and was has been fixed after Irma completely destroyed certain areas, specifically Flamingo (the entrance to Florida Bay) and the trails leading into it that are mostly composed of mangroves (red, white, and black).

We got to go through the 34 mile Main Road to get to Flamingo. At Flamingo we were able to see four American Crocodiles and four manatees! I LOVE MANATEES (and they have been moved up to threatened instead of endangered). We were also lucky to go on a boat tour out of Gulf Coast (also part of the Everglades). On this ride, we saw more manatees and also some dolphins. Since Irma was so large, there was also destruction to the mangrove islands and this was incredibly visible.

Two weeks ago, I was incredibly lucky to finally make my way to Dry Tortugas National Park. Dry Tortugas is 70 miles from Key West, Florida. Within Dry Tortugas, there is an unfinished fort, Fort Jefferson, which was used to protect the surrounding waters by the North during the Civil War. It was later used as a prison, even though it was still unfinished. The water was so incredibly calm that it was so hard to tell where the ocean ended and where the sky started. Sometimes boats looked like helicopters in the sky. We were able to go out with Wes and Theo Pratt, who are researching Nurse Sharks after retirement. They have been researching these sharks for upwards of 20 years (the most research on a shark ever). They were out on their “research vessels” (their kayaks) watching for male and female sharks who were looking for mates. We got to snorkel through the coral reefs around Loggerhead Key and right on the edge of Fort Jefferson. We had no signal for 3 days and nights and we only had the items and food we traveled with. I was terrified before getting there because, I mean, it’s in the middle of nowhere. After the first day, I realized that there was so much to do and so much to experience that I was finding myself reaching for my phone less and less. I even left it in my bag in our apartment the last day.

Later this week, I am going to post more pictures about Prescribed Pineland Fires, the Nike Missile Base in the Everglades, and Hole-in-the-Donut.

Have an awesome week,