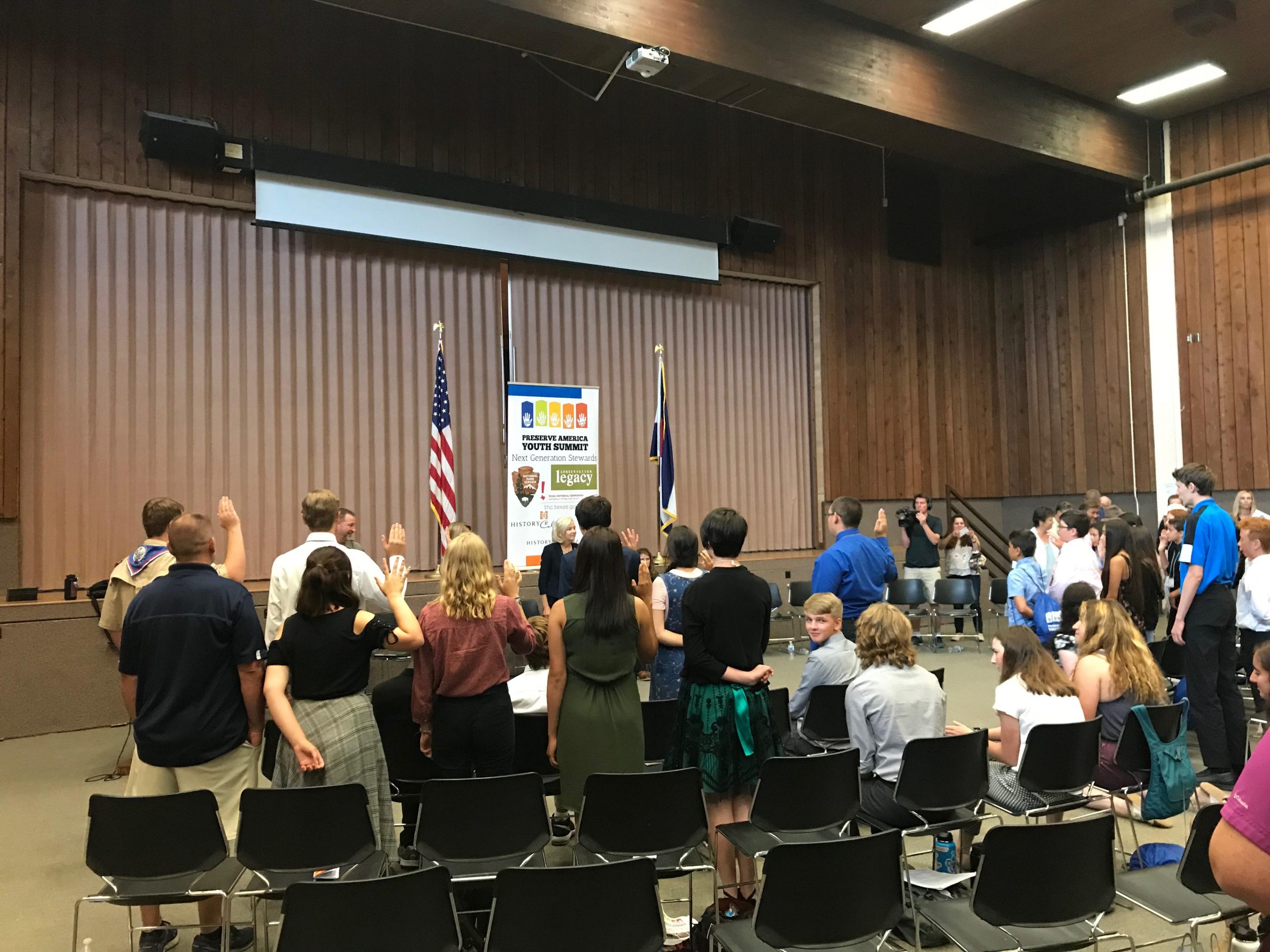 I recently had the chance to join Dinosaur National Monument staff in welcoming the Preserve America Youth Summit program to the Monument. The participants in the Youth Summit were middle and high school students from the Denver area who traveled to Dinosaur for two days to learn about conservation and preservation in the Monument. They also were there to reflect on issues the Monument has faced and ways the visitor experience could be improved.

During their time at Dinosaur, the students went to the visitor centers, picnicked across the river from a group of big horn sheep, saw the fossil quarry, hiked the Harper’s Corner Trail, viewed ancient rock art, learned from park rangers, and a whole lot more. They impressed me with their interest in the park and their knowledge of everything from geology to birds to movies I need to see.

During one activity at the Josie’s Cabin area in Dinosaur, the students learned about Josie’s homestead and how she lived alone in her cabin for around 50 years. The area around the cabin is also prime monarch butterfly habitat, so I had the chance to teach the students a bit about monarchs. I showed them milkweed and monarch eggs and told them to look around for flying or feeding monarchs. I was touched when, at the end of the program, one girl told me seeing the monarch eggs was one of her favorite parts of the trip.

What seemed like highlight of the week for the students was the night sky program at Dinosaur, which was recently declared an International Dark Sky Park. The students were able to enjoy seeing the stars and listening to a program by an interpretive ranger. The next morning, many of the students answered in the affirmative when asked if the previous night’s stargazing was one of their top five life experiences. I was moved by their amazement at the night sky program. I suppose that growing up in a big city like Denver, light pollution meant many of these students never had the chance to see stars like this.

On the final day of their program, the students participated in a town hall. They were all dressed up in ties and dresses and clearly had worked hard to prepare. At the event, students responded to a variety of prompts about conservation and visitor experience at Dinosaur. A panel of professionals – including state and local representatives, BLM biologists, and the superintendent of Dinosaur – carefully listened to the students’ thoughts before asking them further questions and commenting on their ideas. The students talked about how much they enjoyed getting to experience Dinosaur alongside interpretive rangers, who told stories them about many aspects of the Monument. At the same time, many of the students’ ideas for new interpretive activities or strategies to engage with young people centered on technology and social media, as they realized not every visitor has the experience to be with an interpreter throughout their visit. Ultimately, their ideas opened a discussion about the extent to which technology should be incorporated into the visitor experience at national parks.

At the end of the town hall program, the students closed their trip by being inducted as Junior Rangers of Dinosaur National Monument. At the lead of a Dinosaur interpretive ranger, they proudly raised their right hands and took the oath to protect the Monument. Then, they collected their badges, pinning them to shirts and proudly showing their parents and teachers. I would not be surprised to see some of these students working in parks in the future. The Youth Summit program was an amazing experience for these students and I wish that every kid had the chance to visit a park and learn its story as well as these students did.