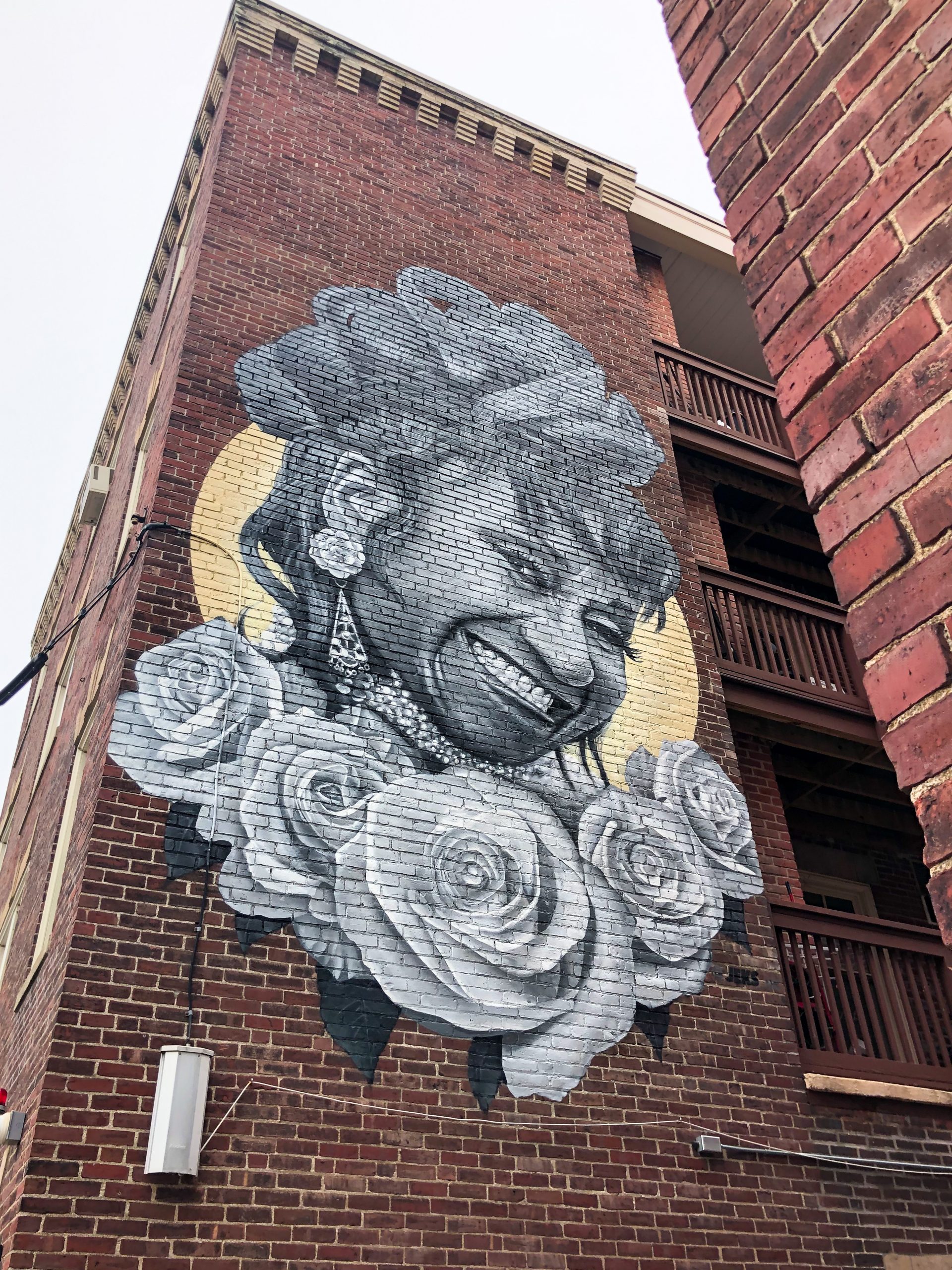 Salem’s “El Punto” or “The Point” neighborhood lies within easy walking distance of Salem Maritime National Historic Site, where I am currently interning. This extraordinary (though overlooked) neighborhood has a rich history, as it has been the home of generations of Salem’s immigrant communities. In the early 20th century, the neighborhood was known as “La Pointe” by the French Canadian immigrants who lived there in close proximity to the mills along Salem’s coast. Today, the neighborhood is predominantly Dominican and is perhaps best known as the setting for the Punto Urban Art Museum (PUAM). PUAM  is an open-air museum that features over 70 large-scale murals by local and internationally renowned artists. Its newest mural (created by Jeks) And unveiled just this week, depicts famed Cuban songstress Celia Cruz.

Celia Cruz is an iconic figure for millions of Latinos, as her vibrant music and larger-than-life persona propelled her to stardom during her half-century-long career. Celia Cruz passed away in 2003, but left behind an impressive legacy which includes the recording of 37 studio albums, 2 Grammy award wins, and countless stage performances. This legacy now includes a depiction of her likeness on the outside wall of “Espacio,” a community center built in 2017 by the North Shore Community Development Coalition (NSCDC). At Espacio, community members, NSCDC partners, and NSCDC staff hold workshops, meetings, and even an occasional party or two. How fitting it is to honor the woman who sang “la Vida es un Carnaval” by having her grace a building that harbors so much life and joy!

North Shore CDC is a nonprofit and community partner of Salem Maritime NHS. Salem Maritime and North Shore CDC collaborate with each other in a shared effort to deepen and broaden the understanding of Salem’s history, promote community development, and strengthen ties between El Punto residents and the National Park Service.  NSCDC is involved in providing affordable housing, economic/personal development services, and commissioning artists to create public artwork (including that featured in PUAM).

As a bilingual interpretation/education intern at Salem Maritime NHS and Saugus Ironworks NHS, I am tasked with creating more Spanish-language materials and finding ways to increase visitation to the sites, especially from the El Punto residents. Thus, for my project this summer, I will be collaborating with my fellow intern Tahmoor Chadury and NSCDC contacts in creating a Faceless Dolls (or Muñecas Limé/Sin Rostro) exhibit to be displayed at the visitor center at Salem Maritime NHS (I will explain this project in more detail in an upcoming post, so keep an eye out for that!)

For now, I leave you with images of some of my favorite murals at PUAM, of which the newest Celia Cruz mural is one! A past intern, Maryana Carreón, also listed her favorites in a previous blog post. If you ever find yourself in Salem, make sure to visit!