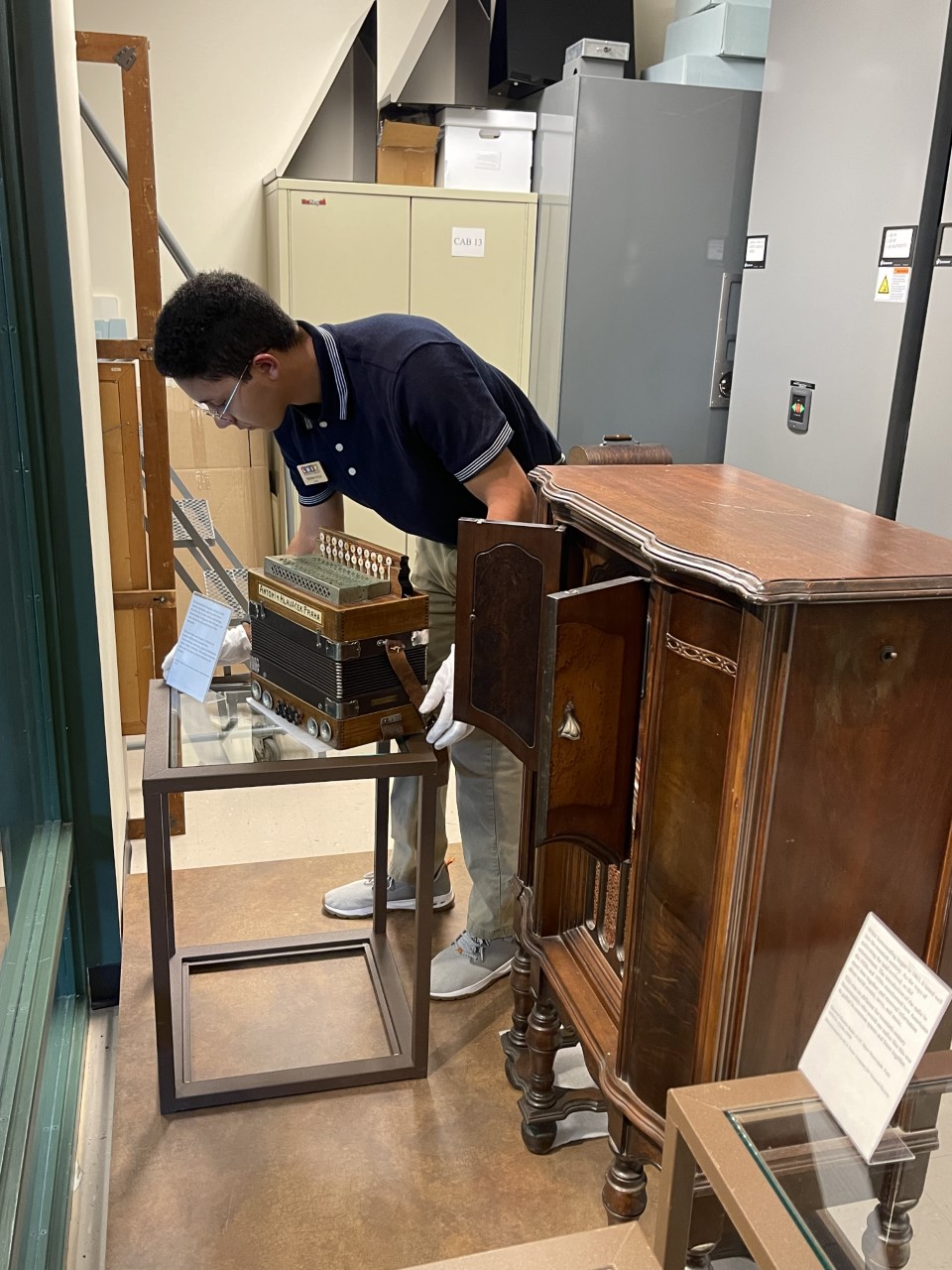 23 Jul The Making of a Musical Exhibit – Kristian Enbysk

Hi everyone! It has been a productive last couple of weeks here at Homestead. I have been finishing up many of my projects and laying the groundwork for the work to continue once I leave my internship. Today, I would like to share with you about one of my main tasks that I just completed–the making of a temporary museum exhibit.

Once I found out I had the chance to create and design my own exhibit, ideas began to fill my mind all at once. Homestead’s museum collection has so many items that can be used to interpret the significant history of the homesteading era (1863-1986). I had lots of options to choose from, but I noticed one of the coolest items the park recently received was an original Czech accordion. This unique instrument had a direct homesteading tie to the Kubicek family in South Dakota. The Kubiceks brought the accordion with them all the way from the Czechoslovakia region when they immigrated to America in the mid-19th century. The instrument is in excellent condition and should be featured to the public, so naturally I decided on centering my exhibit on music during the homesteading era.

I wanted to incorporate the evolution of music on the prairie from the traditional sounds of the fiddle to the transformative ways many homesteaders listened to music and news by the radio. The process began by surveying the area where my exhibit would go–which is a large window display looking into the museum collection storage room. For this, I had to be mindful of the space I had to show certain items. I wanted to show an original General Electric radio from the 1920s-1930s, which would take up most of the exhibit space. So after much thought, I complied a list of 6 items I wished to display: the Czech accordion, the General Electric radio, a songbook used from the Freeman School in the early 20th century, an Edison phonograph, phonograph cylinders, and a fiddle. 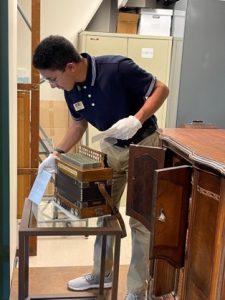 Now that I chose which objects to be featured, I had to research each item and create interpretive text/labels. Here I would search the accession records about those specific objects to see if there was any prominent information I could use for the display. I also searched the internet for information and utilized the park’s library for secondary sources.  This was the bulk of my time developing the exhibit. I wanted to inform and create an experience for the visitor. Due to space and limiting display cases, I ended up using 4 items in the exhibit. 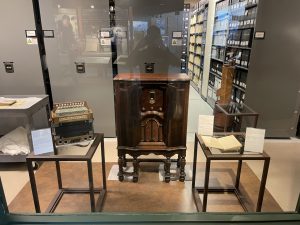 The finished temporary exhibit is now on display at the Homestead Heritage Center, where it will remain for a few months. I had a blast getting to create and design an important interpretive tool to tell an aspect that impacted so many homesteaders’ daily life such as music. Thanks for reading!