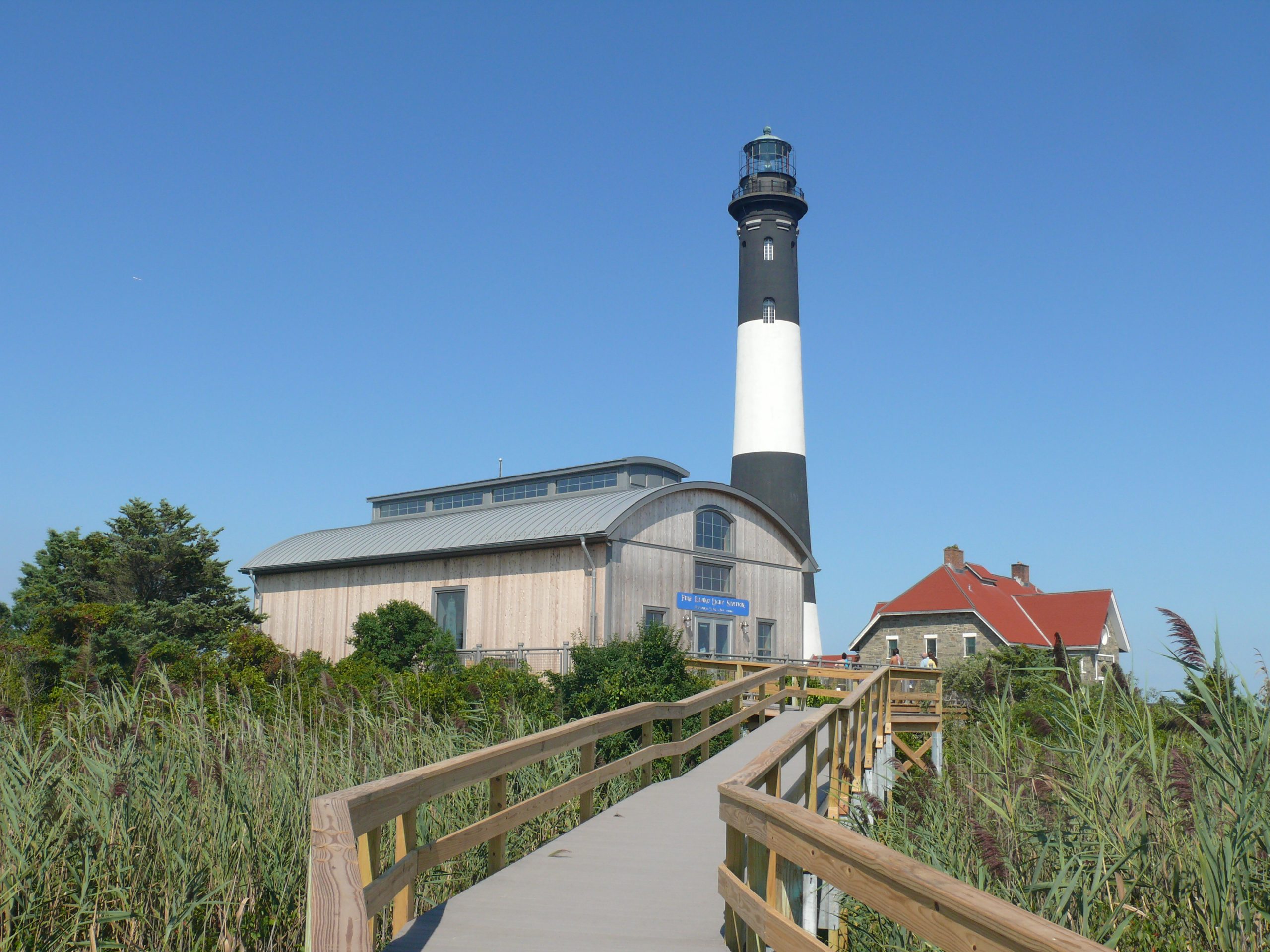 Posted at 12:06h in Uncategorized by Kevin Garcia 0 Comments
0 Likes

I have spent over a month exploring and learning about Fire Island National Seashore. The main duty of my internship is outreach and communication of unrepresented communities about the park. Fire Island is located on the southern part of Long Island, where an immense population of Latinos lives. Most of the Latino population that lives near the park is unaware of the history and wonder of Fire Island National Seashore since the park has a low number of Latino visitors. I have visited all the park’s sites -Watch Hill, Sailor’s Haven, William Floyd Estate, the Wilderness Center, and the Lighthouse- and learned about the different operations and programs that are held there. The majority of the surrounding Latino Community feel more comfortable when they receive Spanish content, so for my project I asked to join Ranger Kelsey Sucena and Ranger Julie Flores in a special self-guided tour about the Fire Island Lighthouse; I’ll be working on the Spanish version of the tour by transcribing it in audio and script form. 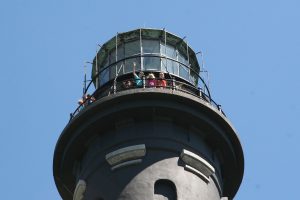 The top of the lighthouse tower. Photo: NPS/Sucena

The Fire Island Lighthouse is a historic site of Long Island that served as an important navigational tool when the New York Harbor became an important site for transatlantic trade. The original lighthouse was built in 1826, but it was later replaced by a taller, more advanced one in 1858. The Fire Island Lighthouse is one of the most accessible sites in Fire Island National Seashore since it can be reached by driving there as supposed to taking a ferry to Watch Hill or Sailor’s Haven. The main idea of having the self-guided tour is Spanish is because is probably the park’s site that most of the Latino population visit, thus when they visit the lighthouse, they can take a comprehensive tour of the site in Spanish. The main plan for now is creating this self-guided tour in a bilingual form, yet this project can be implemented to Sunken Forest self-guided tour in the NPS app, or any other program in the park’s sites to have a bilingual setting in which Latino visitors feel comfortable when visiting Fire Island National Seashore. 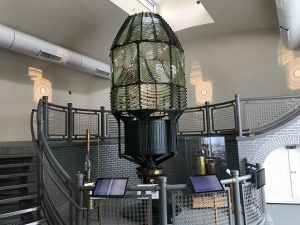