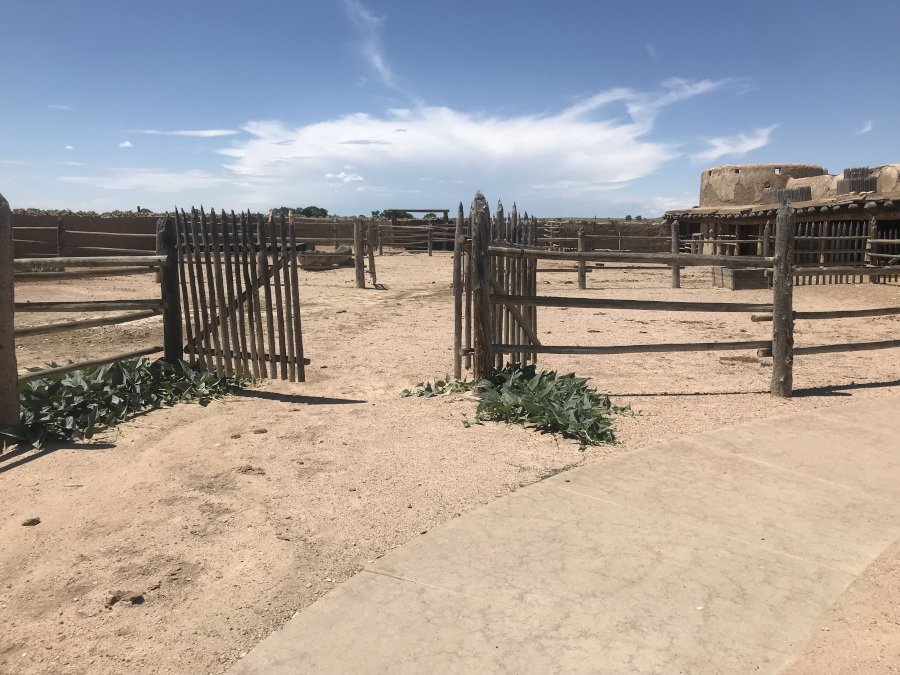 28 Jul The Lighter Side of the Fort

For large parts of the past two weeks I have been dedicating my time researching my project by reading primary and secondary source books and documents ranging from the early 19th century up until more recent scholarship from 2016. I have also been going back and forth from the administration building to the museums collection building to locate and photograph to the best of my ability artifacts that correspond with my project. The days have gone by fast and I have enjoyed every step of the way.

However, if I were to say one downside about it is that as is often the case, I get so enthralled in doing the research that I have been spending most of my time indoors. While looking at where and what my fellow interns have been doing, I must admit that I get a little envious of the beautiful scenery they are surrounded by in their respective sites. What I did this past week to get outside a bit is photograph some of Bent’s Old Fort “employees” that give the fort its own unique charm.

Inside the fort are two hard working employees who oversee rodent control but are often seen taking long naps in the trading room, Fitzpatrick and Don Juan. Also roaming inside the fort and in the corral are chickens, two peacocks, and small birds who fly in and out of the rooms.

There are a few other characters who roam around the open lands surrounding the fort that during the fur trading years of the 1830s and 1840s would have been the workforce behind the transportation of buffalo hides and other trading goods 600 miles to and from Missouri. Two of them are Clark and Coolidge who recently were brought in from their hard work roaming the lands and looking intimidating to get their regular pedicures. Joining the two oxen in the grass fields surrounding the fort and who often greet me when I arrive and leave the administration building are horses Milagro, Mariah, and Molly the mule.