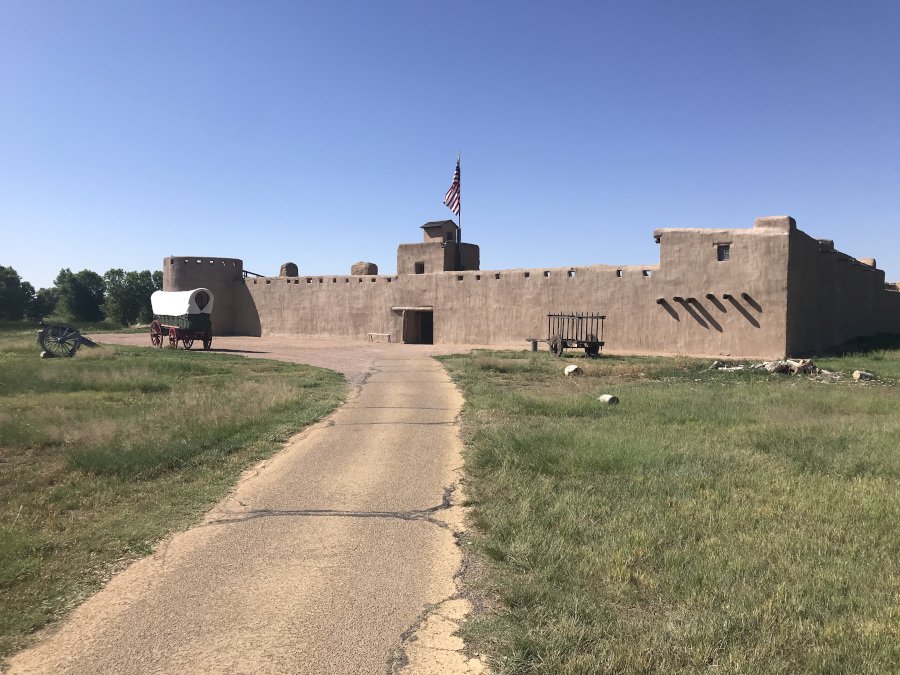 Now that I’ve spent a good amount of time during the past two weeks familiarizing myself with the history of the fort, I am now better able to describe the site and the history behind it. Bent’s Old Fort played a unique and significant role in American expansion in the west, especially the southwest. The adobe fort was constructed by ~150 Mexicans from nearby New Mexico at the behest of the Bent, St. Vrain & Company to serve a fur trading post along the Santa Fe trail with the various plains Indians. The location was ideal because of the pre-established hunting grounds near the fort and its location along the 1830s boundary of Mexico and the United States. When it was complete in 1833, the fort was the first permanent outpost in the southwest frontier. The significant years of trading were from 1833-1849 when predominantly buffalo furs and other animal furs not as valuable were being traded at the post for goods such as cloth, blankets, beads, tobacco, alcohol, guns, and other valuable items.

During a period of decline in the fur trade due to a variety of factors, the fort stopped being a fur trade center and since 1849 has been abandoned, used as a stagecoach station, and as a corral for cattle and eventually an abandoned ruin that barely retains any of the walls it had from the 1840s. After private groups and eventually the National Parks Service thru a long and drawn out process acquired the lands where the fort’s ruins were, it was declared a National Historic site in 1963. In 1976 the fort was reconstructed to how it would have been in the mid-1840s. Today the fort serves as a living history site where visitors can explore the two-story fort thru a self-guided or a guided tour by one of the various period clothed interpreters from whom you can learn of the various people who worked, lived, and visited the fort during its peak.