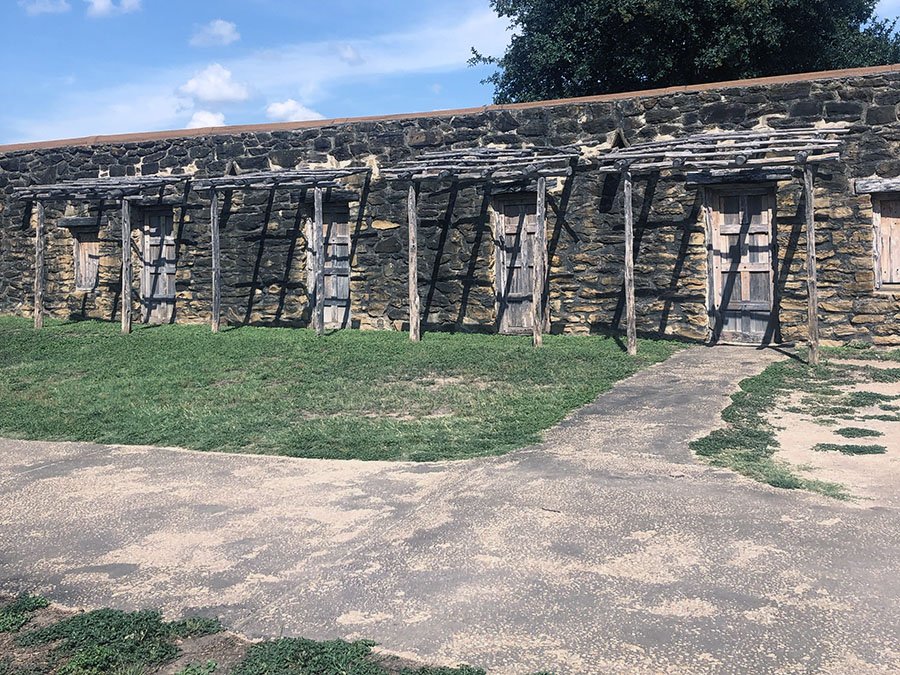 The San Antonio Missions National Historical Park is different than most National Parks. It is comprised of four 18th century colonial missions that are located along the San Antonio River. A mission can be described as settlements that the Spanish set up for the indigenous people to learn how to be Spanish and become Spanish citizens. The four missions are Mission San Jose, Mission Concepcion, Mission San Juan, and Mission Espada. These missions are located within a few miles of each other. The Alamo is perhaps the most recognizable thing about San Antonio and although it is not part of the park, it was a part of the original chain of the San Antonio Missions. The structures in this National Park are iconic to San Antonio, it’s what you see on postcards and souvenirs. Mission San Jose is the most visited site and the only one with a visitor center, which is where I’ll be working from. These sites are mixed with original features from the 1700’s and reconstruction work that has been done to preserve the structures. Mission San Jose is the most reconstructed and the one that gives you a glimpse on how it would have looked like in the 1700’s. I had never been anywhere like Missions San Jose, stepping inside I immediately was taken aback by the whole park. It felt like a stepping into the 18th century while being nestled inside a modern 21st century city. When you visit Mission San Jose you learn about the stories of inhabitants and the history behind the missions. The interpretive team is really great at painting a picture of the reality that the indigenous people faced when they lived in these missions. All of the staff at the missions are super friendly and welcoming!

My first week working at the San Antonio Missions was a great experience and I can’t wait for to see how the rest of the summer goes!

Until next time,
Isabel


Fun fact: The San Antonio Missions Historical National Park is also the only site in all of the Texas that has been designated as a UNESCO World Heritage Site!