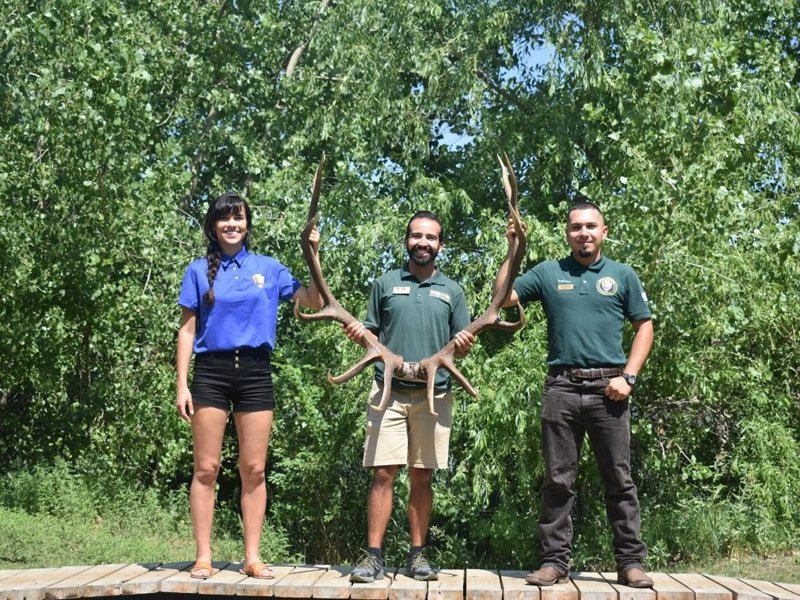 23 Jul The Good Kind of Tired

Posted at 12:53h in Blog by Tangy Wiseman 0 Comments
0 Likes

Last week, I spent much of my time working on spreadsheets and data collection. Excel! Woo! Okay, yep, it was monotonous, but work in all its forms can be worthwhile if we understand the purpose of it.  I think the spreadsheets I am putting together are helpful, and that is ultimately what I am here to do – help.

It’s important for future interns to open themselves up to the scope of work they will do in their jobs.  I didn’t come out here with intentions of exclusively doing work that would benefit my personal interests, and I’ve had a better experience because of that. Last week’s repetitive tasks allowed me to regroup and relax, and it was good timing in preparation for the youth outreach event Alejandro, Kevin, and I put on yesterday here in Denver.

I am so thankful that fellow LHIP interns, Alejandro and Kevin, wanted to collaborate with me on this event because they have experience with youth education, and they helped me turn my ideas into a program that would be fit for the kids.  They also had great energy and a gentleness about them that I think kids really respond to.

As I mentioned in previous posts, this event was a part of an environment/outdoor recreation focused summer camp in the predominately Latino Westwood neighborhood here in Denver.  The program we put on for the kids was focused around conservation and wildlife in national parks.  We started the session by telling them about Latino Conservation Week (LCW), which is July 14-22 this year.  LCW highlights the idea that everyone is welcome to learn and care for the environment, and we expressed that we want people from all backgrounds to know that they can get involved with the National Park Service (NPS) as well.

We familiarized the kids with the NPS mission and arrowhead emblem, before allowing them to inspect the skins and skulls of various animals that can be found in parks throughout the United States. (***None of the educational skins or skulls were harvested from hunted animals.) The kids tried to identify all of the animals before we highlighted unique features of each that give clues about their habitat and behaviors.

We really focused in on the predator-prey relationship between wolves and elk as an example of how communities of animals are closely connected with one another. I was impressed with how the kids reasoned through the questions we proposed as we led them through the chain of events that occurs when an ecosystem has unbalanced populations.

I had written a story through the eyes of a lone wolf that included many facts about wolves and reinforced some of the topics we discussed with the kids.  Alejandro, Kevin and I organized the kids into groups to play the roles of the characters in the story, and as I narrated the kids acted it out.  I was fun, fun-ny, and offered some fun-damental knowledge about a predator’s role in the ecosystem (I can be as corny as I want at this point in the post because I expect some of you have fallen asleep.)

We finished the session up by assembling some trail mix with the kids, and they had to practice their conservation skills by making sure there was enough of each ingredient to offer to the next person. (This is what I say in response to the free-for-all that it was.) After we packed things up, I realized how tired I was. I didn’t know the kids would bring such good energy out of me. During all the planning, practicing, organizing. public speaking and laughter of the day, I hadn’t once been tired because I was enjoying myself.

I declare the resulting tiredness as the good kind of tired.