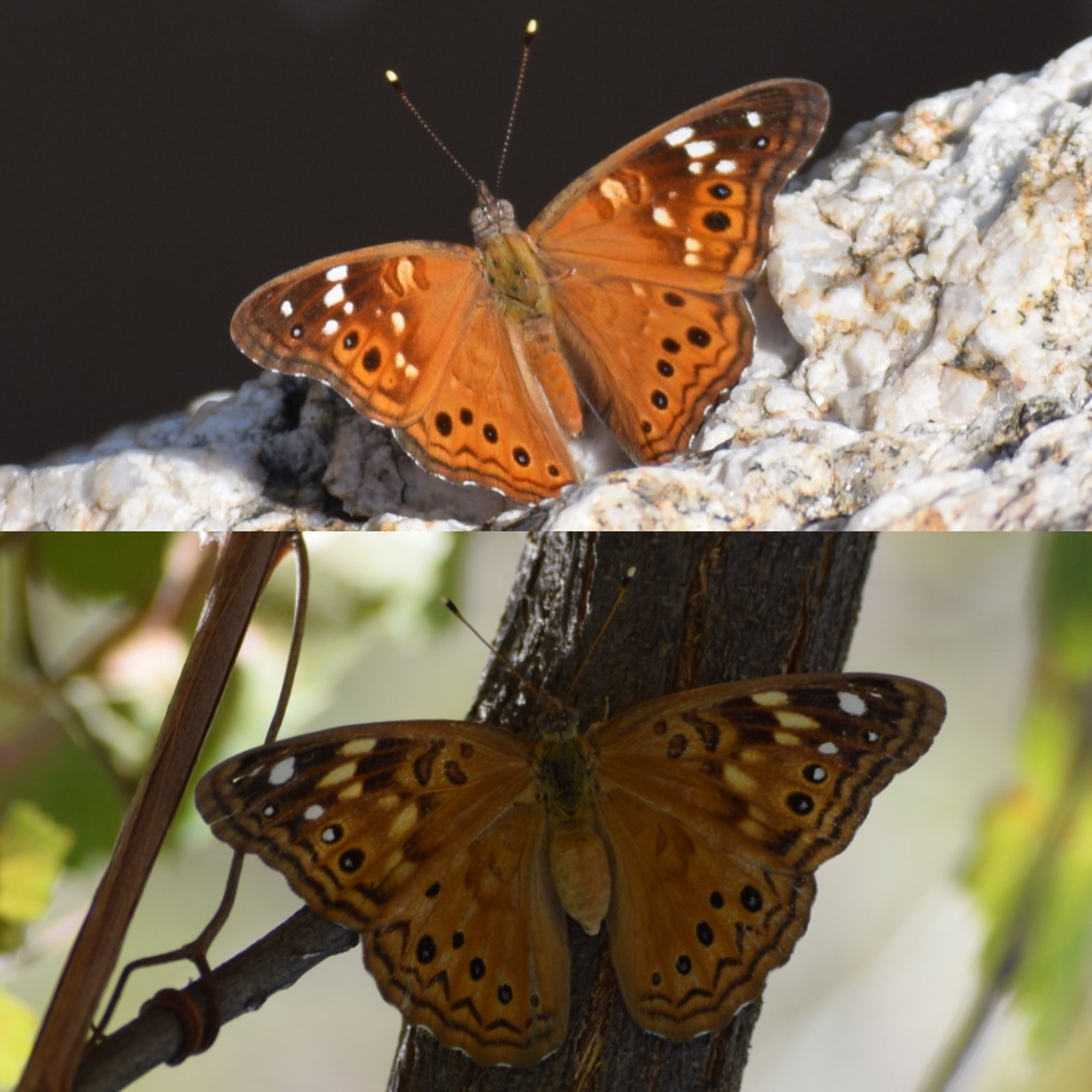 21 Oct The Empress Leilia and the Hackberry Emperor

I wanted to introduce you to the first butterflies that I learned to tell apart back in August. They are in the Nymphalidae family and are known to occur at Saguaro National Park so we had to learn to tell them apart early on.

We were told that you should memorize their general pattern quickly and ID them as Nymphalidae – Asterocampa, but that to get down to species level (Asterocampa celtis vs Asterocampa leilia) would be hard. They are essentially identical except for one area of the forewing that has their distinguishing marks, visible when their wings are open or closed.

An Empress Leilia has two dark bars around a light bar, creating what I think of as an Oreo pattern.

A Hackberry Emperor has two dark spots and one dark bar, creating a trademark smiley face.

In the photo above can you find the Oreo on the Leilia and the smiley on the Hackberry? (Below my signature is the answer so you can check your educated guess!)

I am only now writing about these species because I had only photographed Leilia’s until just this week on 9/30/2020 when I finally got to meet the Emperor. I was so excited to get that observation and to be able to introduce you to these two as they are some of my favorite butterflies!

Answer – Empress Leilia on the top and Hackberry Emperor on the bottom.