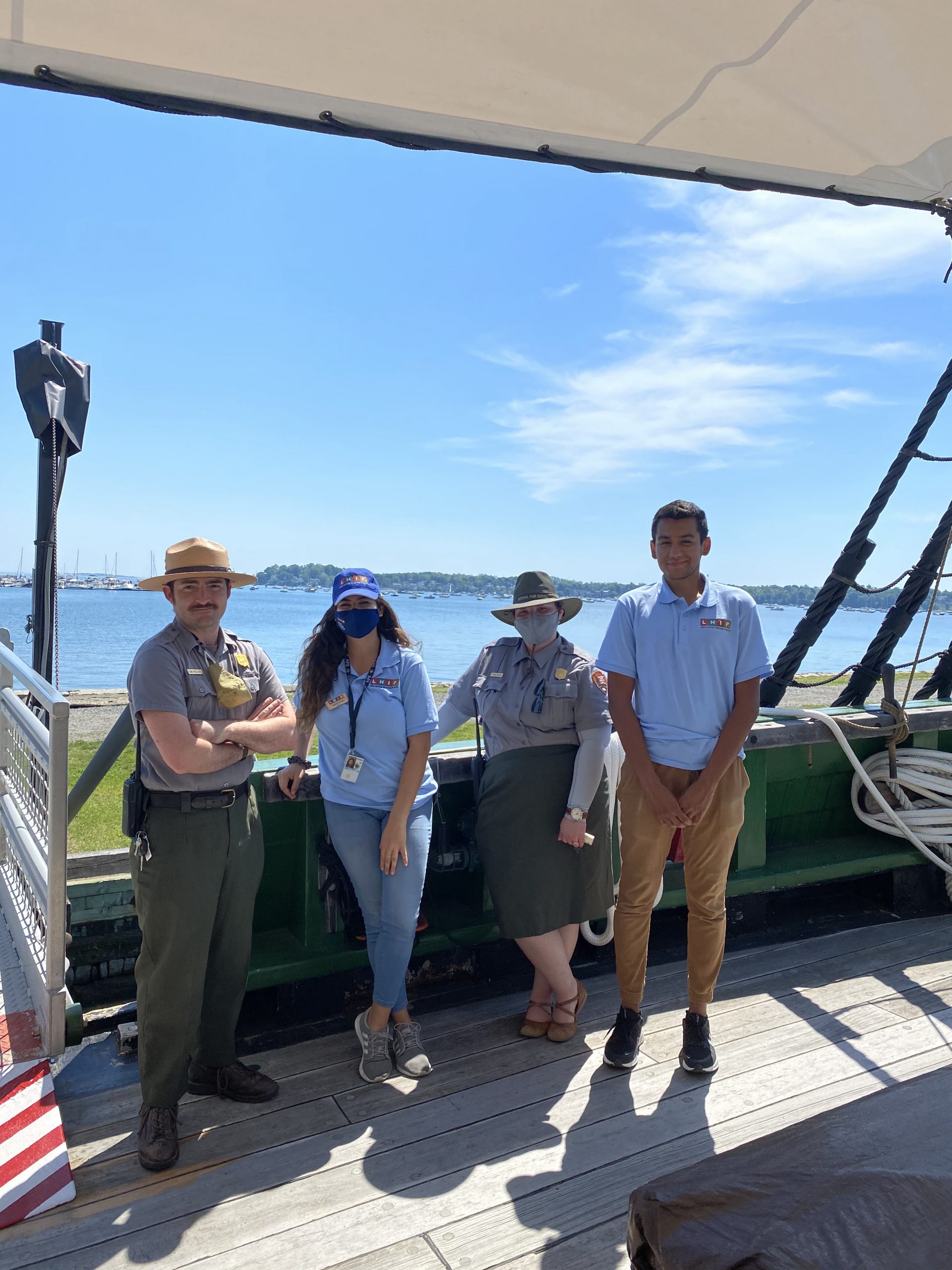 12 Jul Tahmoor Chadury: A Month in!

After one month of working at Salem Maritime National Historic Site, I’ve learned a great deal. I have become more resolute in my career prospects and I have fostered strong bonds not just with my fellow interns but with my supervisors as well. My main deliverable for the summer, an exhibit plan on Dominican faceless dolls, is going along swimmingly and I have continued to work on a true crime podcast on the 19th century murder of a ship captain in Salem. On Sundays, I have also done some interpretation work and interacted with park patrons onboard the Friendship of Salem, a replica of an 18th century tall ship that once called Salem home.

Outside of my internship, I’ve gone on a number of excursions to other NPS sites such as the Longfellow House and New Bedford Whaling National Historic Park. While I am in the home stretch of my summer in Massachusetts, I am eager to to see what the last month and a half of my internship holds in store for me!