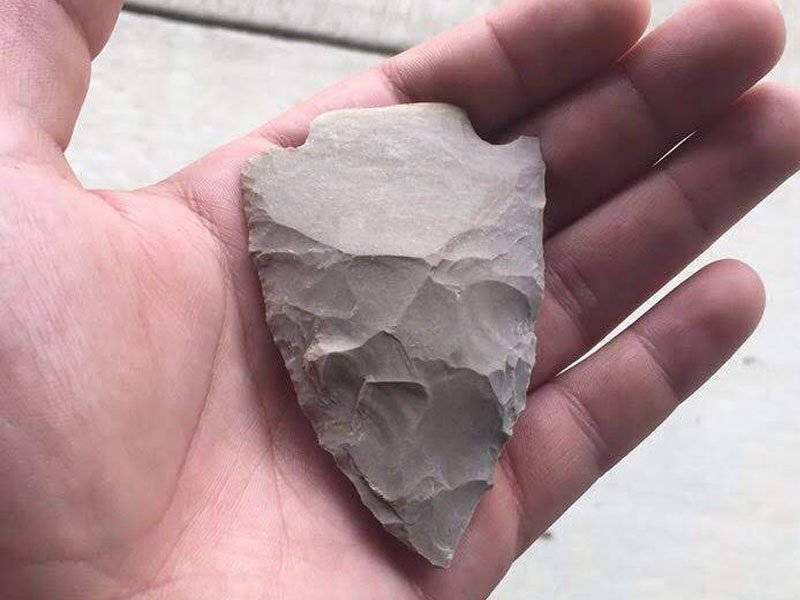 This week has been one of, if not the best, week so far! It brought back so many memories from the past, and while some may have been embarrassing, at the time they taught a lesson. While Monday and Tuesday involved being at the front desk again, I still enjoyed talking to and teaching the visitors of Little River Canyon things to look out for, things to enjoy, and places to visit. Those two days went pretty slowly, but everything picked up speed during the weekend. Friday consisted of a teacher workshop. The teachers and I learned about the Trail of Tears, and where some routes were here in Fort Payne, Alabama.

Afterwards, the activities we participated in and witnessed were also some of my favorite interests growing up as a kid. We watched Park Ranger Larry Beane throw an atlatl and also create fire in mere seconds, but the coolest thing by far would be how he created a spear head from a hunk of flint in a few minutes. What really amazed me and another teacher was when Mr. Beane (lol like the movie) said what he would do when creating the point. He would say, “You see this bump-I’m going to take that off with this hit.” And sure enough, one hit, and that bump was gone! Another interesting thing he did was create a blowgun dart from nothing except thistle, yarn, and a little skewer, in just a few seconds. Then he proceeded to shoot it at a target and explained that the Native American kids would use it to hunt squirrels and turkeys.

Saturday I took over at Little Falls, and I had the chance to meet a lot of people from all over the US who came to see the “World Famous Swimming Hole.” They were all really nice, and all the bikers I met were really cool, even though they were really tall and buff. They were like the Ghost of Christmas Present with a leather jacket, which is an unusual way of describing it, but it is the only way to get a good picture. Afterwards, I also met some of the coolest people at an event that was going on in the Canyon Center. These people are the best and they can cook a GOOD brisket, and that is an understatement!

On June 23 and 24, these great people had their field day, and not a field day where you get to play soccer and other outdoor sports. People from all over Canada and the US participated. Now what did they do? Well, imagine this: you hear a tornado (and you will know what it’s like, trust me!), and it takes out all the power lines, and it’s impossible to use wifi; your cellphone is gone since the tornado took it, and you have no way of contacting anyone. The police are having the same problem, too, but as you drive you see tents and some people are huddled around. So you go and take a look and hear beeping coming from a telegraph, the clacking of a keyboard, words you only hear from old army movies, and you see people with slingshots shooting wires into trees and into anything that’s tall enough so that they can set up antennas and contact others.  The people I met were practicing for such things. They would make contact with people from all over the country and even in different countries using computers and telegraphs that were only running on 5 watts, and radios that are running on 100 watts. They are in the ham radio organization. I don’t know a lot about the organization, but from what I was told they take it as a hobby and try to hone in their skills just in case they and their skills are needed for emergencies. This was really cool, and there are people all over the world who do the same thing. They love to have new members, so if you want to join them just meet with your local ham radio group; it may be closer than you think!