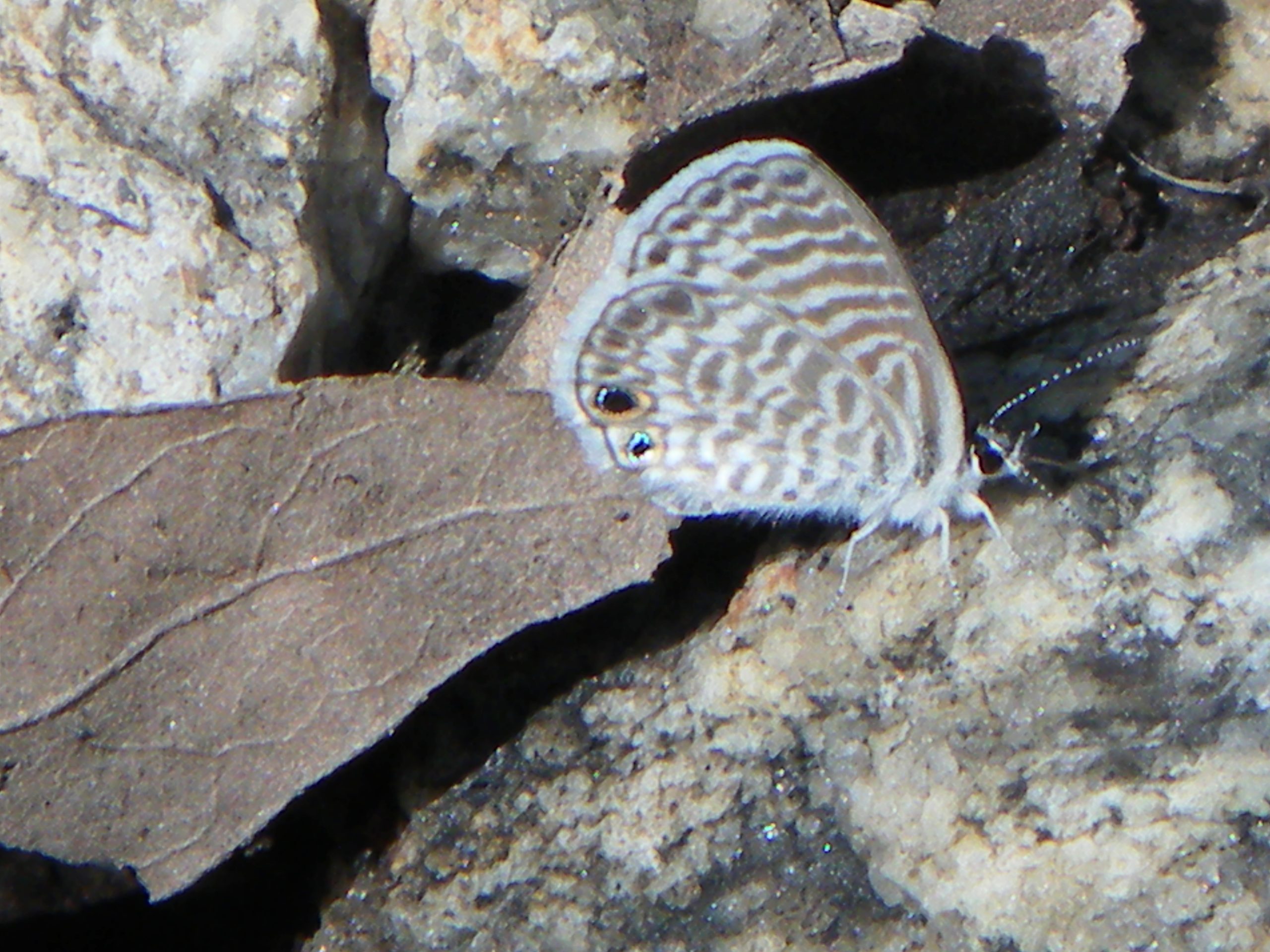 18 Sep Save the Butterflies!

As I am going through my internship, I’m getting better at identifying the six butterfly families and I would like to share what I know. The six families are Papilionidae, Nymphalidae, Lycaenidae, Riodinidae, Pieridae, and Hesperiidae. I feel that Papilionidae and Nymphalidae are the most common in terms of well known butterflies. Papilionidae contains swallowtails, which have a flowy flight pattern and have broad fore wings. Nymphalidae contains monarchs and queens-which everyone loves. My favorite is Lycaenidae. This is the family of blues and hairstreaks. Blues are some of the smallest butterflies we have seen out in the field, and they have a beautiful blue interior of their wings. My favorite blue is the marine blue. It has two prominent eyespots and stripes all over the wings that resemble zebra stripes. I just think it looks so cute. I’ll include a photo taken by Lupe Sotelo of one we spotted in the East district of Saguaro National Park. The family Pieridae are the beautiful yellow and white butterflies that never seem to land. They are so energetic, always flying around their territory. The last two families Riodinidae and Hesperiidae are the most unique and fun to find, in my opinion. Riodinidaes are metalmarks, meaning they have a metallic sheen to them, and the Hesperiidae are the skippers. Skippers are so unlike regular butterflies, they actually resemble moths more, with their big bodies, eyes, antennae and wing shape. I have had such a fun time finding so many butterfly species in the park.

Our work surveying is also a really important job. This group of interns along with Lupe Sotelo, who is our field lead, is the first to research the butterfly population at Saguaro National Park. Butterflies are a natural bioindicator, so their populations around the park can give us an indication of how the climate is changing and affecting the species populations. Once the butterflies start disappearing, we know something is wrong. I have found out that not many people know of this fact, but the Monarch population has been struggling recently. In 2017, the monarch population hit an all time low and had been struggling ever since. In December of 2020, the Fish and Wildlife Service will decide if Monarchs will be listed as an endangered species. The research I am contributing to is helping us learn about our own butterfly populations, so we could potentially do something to reduce climate changes and save them in the future. Saguaro National Park hopes to continue this research, and collect data throughout the year and years to follow in order to compile a trend about Tucson’s climate changes. I feel so honored to be able to participate in this project, it has been one of the best experiences I’ve had. I hope to see some data publications about this project in the future, and I will be able to say that I helped collect the first data sets of the project. How cool!