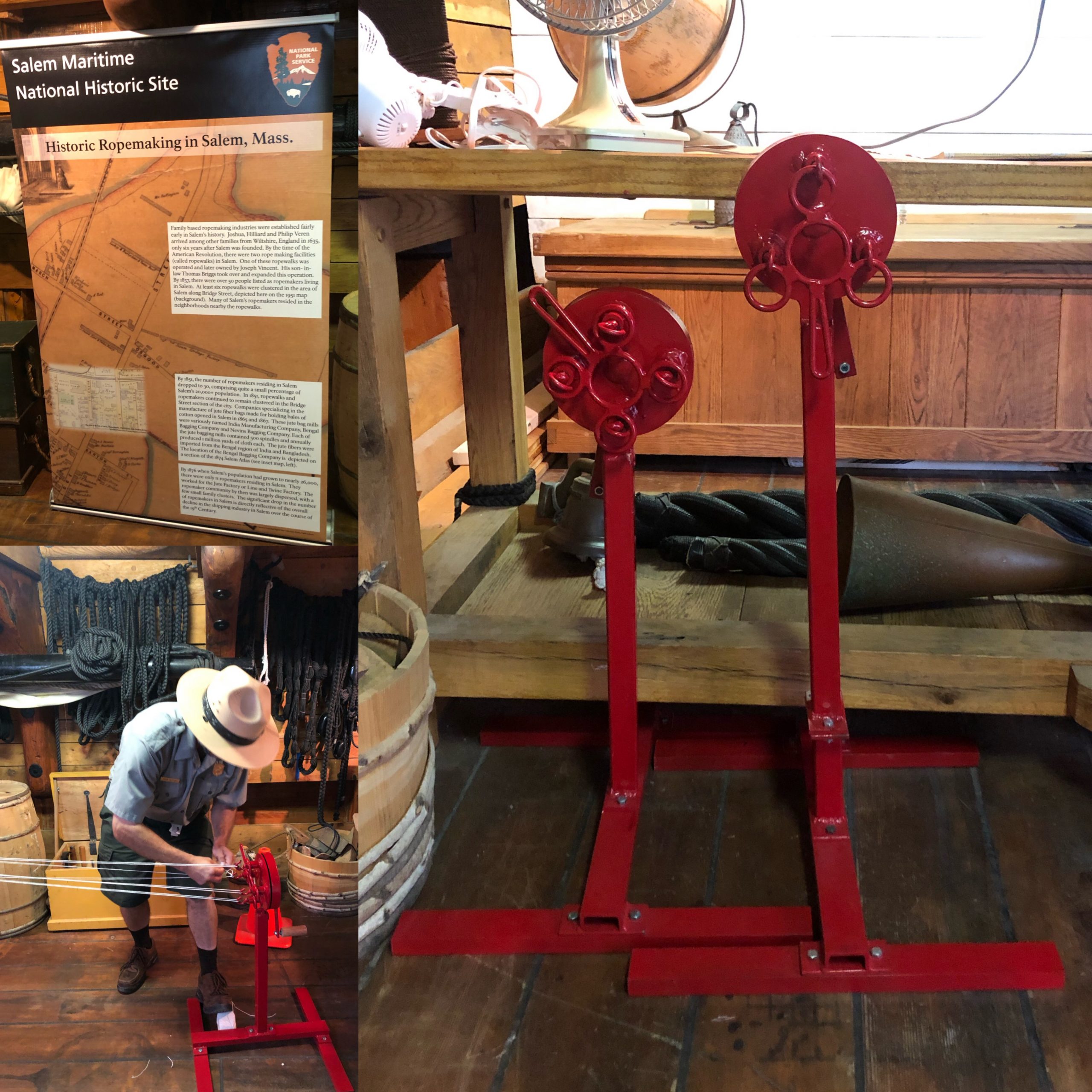 Since there were no preschool programs to focus on Thursday and Friday, I got to spend some time catching up on blogs, cleaning up the ParkEd materials and exploring Salem Maritime NHS. Marianna, an Education Ranger, and I walked down the Derby Wharf and went aboard the Friendship of Salem where Brian taught us how to make rope by using white cotton string and having a volunteer hold one end of the string and then putting 4 strands of the string on the machine. It’s very simple technology and took roughly 10 minutes. While one volunteer held the end of the string, another volunteer cranked the machine. The double strands twisted together, and the energy was being transferred from the machine onto the fibers and the energy continued to be stored as the rope became tighter and tighter. So much energy builds up causing the 4 strands to twist together into a rope. The job of the ropemaker is to make sure that the tension is being distributed evenly to prevent kinking and other imperfections from occurring. The last step to ropemaking is removing the rope from the machine and conditioning the rope. Ropemaking really draws up a crowd and people get super excited when they get to take the rope they made home.

After Brian did a ropemaking demonstration on Friendship, he gave his daily tour of the Narbonne House and the Derby House which contrasted significantly because of the status of wealth of the people living in the houses. The Narbonne House was built by a middle-class family and was occupied by middle class families throughout the years and was fairly small while the Derby House was home to one of the wealthiest man in America at that time, Elias Hasket Derby and it had many rooms to it and was quite grand.

Overall it was an informative day and I got to see and learn about what people’s lives were like in the 1800s.