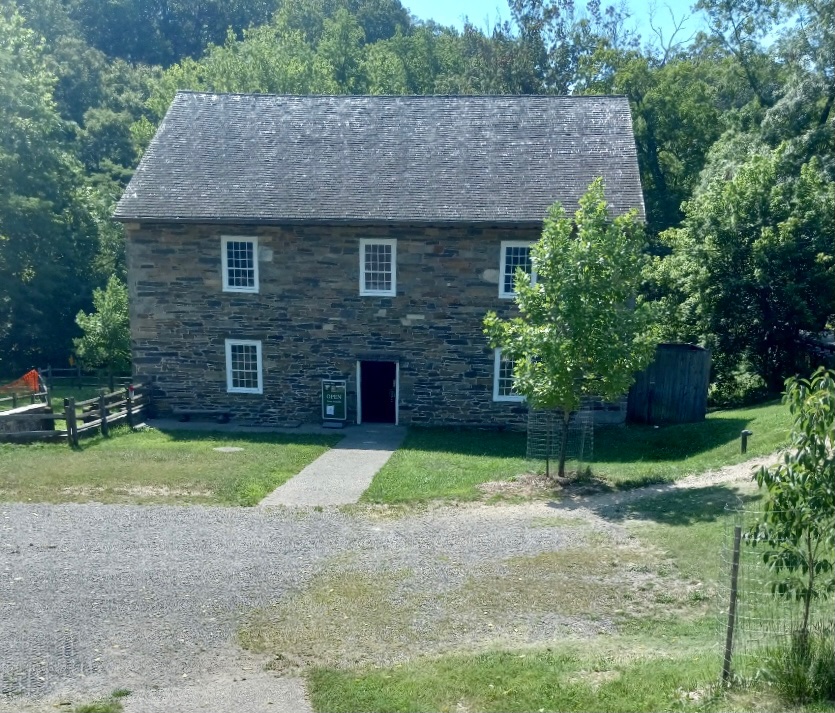 I have to admit, I was pretty nervous when I got the news that I would be presenting my first program to a group of Georgetown students who would be visiting Peirce Mill. Within these past years, I have seen DC change in many ways and have also had the opportunity of delving deeper into the rich history of DC which continues to be uncovered each day as we raise the voices of our ancestors and predecessors as well as think about what the changes we see mean for us as a community. These histories also raise the problems as well as triumphs of the past. This is true of many things and should be embraced. Humans are diverse and intelligent; we are meant to solve problems. Going forward, I encourage you to question and dig deeper into the past because not everything is what it seems to be at first glance.

I along with two other colleagues decided to focus on different aspects related to Peirce Mill and the nearby area. For example, Pathways Park Ranger, Alexi McHugh, chose to give a brief history about Melvin C. Hazen and his achievements and controversial legacy. This was relevant since we planned to hike the Melvin C. Hazen trail. I chose to present on the historical African American presence in the park including what we know about Sarah Whitby. Sarah Whitby, was an African American woman who lived in Rock Creek Park somewhere between 1870-1900. So this was before the park was established in 1892. Sarah was not the only park resident; many other individuals and families of diverse backgrounds resided in the park  Of course less is known about these past residents besides what census data can tell us but what we do know is that there definitely was an African American community present here in the park especially considering that Shoemaker family, which owned Peirce Mill, previously known as Peirce Plantation, was the second largest slave-holding land in DC.

I also had the privilege of sharing the inspiring story of Hattie Sewell who was granted a federal contract to run the Peirce Mill Teahouse concession in October of 1920. I first encountered the story of Hattie Sewell during my first week at Rock Creek while on a Peirce Mill tour and demonstration. It left such an impact that when asked what I wanted to present on, her name immediately came to mind. During Hattie’s time running the teahouse we see that business increases 200%. This is at a time where many African Americans, let alone women, were not seen as business owners. Instead, the existing narrative of White-male ownership is the accepted premise. So to see her representing women and African Americans as a thriving business owner in itself is an act of activism especially in a predominantly white neighborhood and previous plantation.

After only a year of successful business ownership, we see a Peirce family in-law raise complaints against Hattie Sewell’s teahouse. When Hattie was informed of the complaint she chose to then concede the contract and no longer ran the teahouse by July of 1921. I will end there but assure you that there is a lot more to this story. I highly encourage you to conduct your own research through the NPS website and our partners. Make sure to check out the Hattie Sewell project to learn more about this rich history and the race and history series on the Rock Creek Conservancy website to learn more about these and other histories.