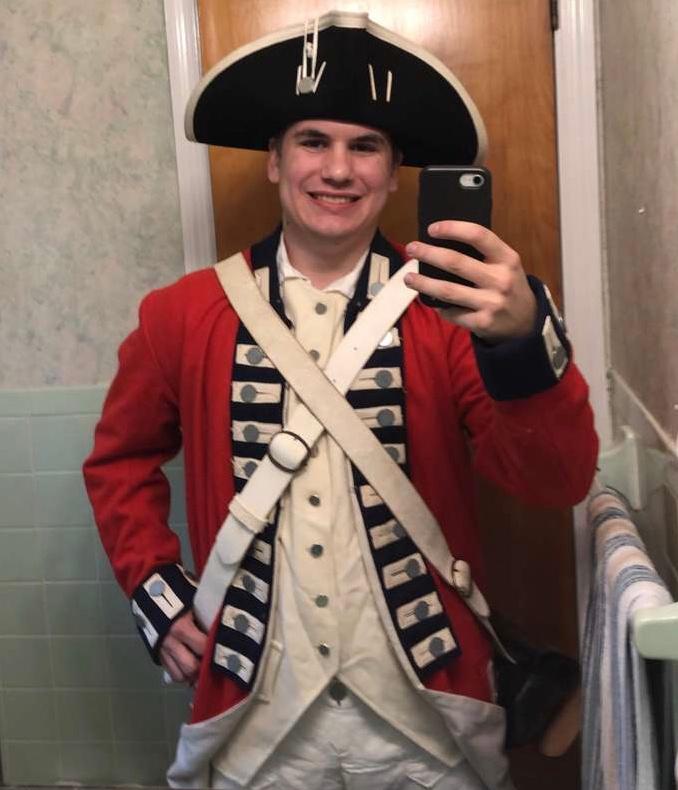 Hello again everyone I’m here today to talk about an unexpected journey I had here at my park/battlefield!

The unexpected journey that I was able to experience was getting an opportunity to go to Ninety Six National Historic Site dressed up as an American Revolutionary War era British red coat and help out at the summer camp there for a week. I was allowed to educate the kids about colonial life and how a British soldier lived during the American Revolutionary War. Additionally, I was able to talk to the kids about the significance of Fort Ninety Six itself and how it was a British fort that had been around since before the revolution as a training fort for British soldiers. I talked to them about the siege of Ninety Six during the Revolutionary War. I also helped with the kids in doing some activities. Such as building their own colonial era houses with Lincoln logs, creating signs of the shops they would have liked to own during the time of the war, learning how to spindle twine, along with some colonial math on how much the kids could put in their 400 pound weight capacity colonial wagon to make the journey from Philadelphia to Ninety Six. Other female rangers that were there were dressed as colonial era women. The kids thought I was the coolest character there dressed as a redcoat which I really enjoyed because they had a lot of questions about the British and I was able to answer all of them. Being there participating and educating them was certainly one of my highlights during this internship.

I could tell just from being there for one day that the kids were really enjoying the summer camp that whole week and learning a lot about the fort, the American Revolutionary War, and the nature at the park. As well as that’s what it is all about in getting kids to like history which I also feel can benefit me for the future when I’m teaching even though it will be high school I feel getting them to enjoy and favor history through certain assignments and activities will help. Then at the same time promoting certain eras of history like the southern campaign during the American Revolutionary War a lot more. If I can inspire kids more to like history and what we do in my classroom then I feel I will have achieved my goal in teaching history to high school kids. In that when it comes to high school kids teaching and getting them to want to learn the material I feel it is more of a challenge than elementary or middle school kids. The right teacher with a certain style of teaching I feel is always the key. The southern campaign during the war needs to be learned about and taught more than people know because the U.S. won the American Revolutionary War in the south and not so much in the north. The north was a stalemate between both sides compared to how the war was in the south which was not a stalemate at all.

Then the picture is of me dressed as a British redcoat ready to head to Ninety-Six for the day and teach kids about the history there as well as any history on the American Revolutionary War on both sides.

Talk to you all again soon!