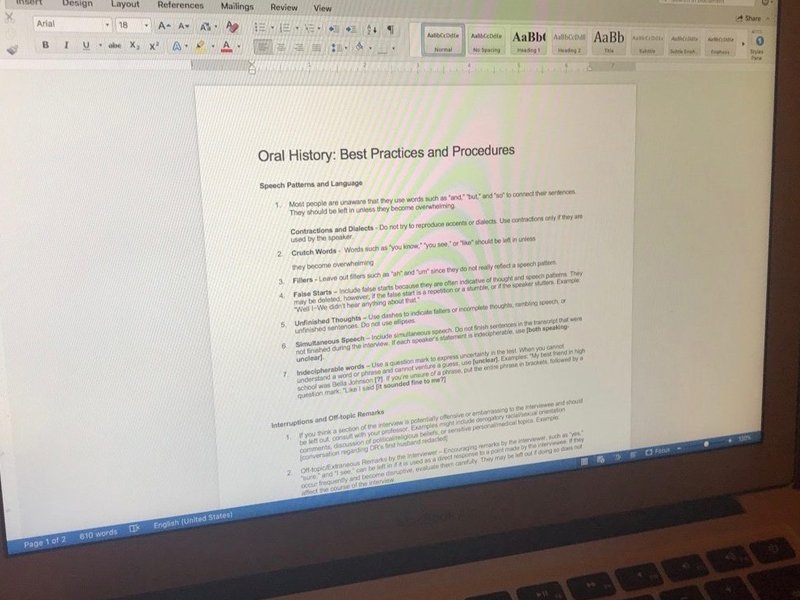 15 Jul Oral Histories and Making Connections Between Homestead and Home

Posted at 23:48h in Blog by Elizabeth Garcia 0 Comments
0 Likes

Saludos a todos una vez más. I hope this post finds everyone in good health and enjoying their time at their respective parks. I can’t believe how fast summer has gone by, and how we will soon be gathering in Colorado for the workshop. I’ve had such a wonderful time interning at Homestead that it honestly feels like I’ve been here a lot longer.

I’ll be working with such wonderful people once I leave. However, my time is not up yet and I still have about three weeks to go.

Now that summer is winding down, most of the larger events at Homestead have passed. We still have weekly activities such as the Campfire and Kids in Parks programs every Saturday, as well as visits from different daycare centers during the week. As such, we are not entirely done with our events, though these are smaller and require less staff. With this new schedule, I have been able to spend more time working on the projects assigned to me by the park’s supervisor and Superintendent.

The main project the park wanted me to work on as the LHIP intern was transcribing an oral history project conducted a couple of years ago. In 2015, the LHIP intern at Homestead interviewed former employees of Dempster’s, a local Beatrice manufacturing company that makes pumps, windmills, and other equipment. The company was very successful in the mid-20th century, though today it only has four employees. Homestead inherited a lot of the company’s files, some of which cannot yet be opened. The park wants to digitize these interviews so they can be accessed by the public. My job is to listen to these interviews and transcribe them (i.e. write down what they are saying). As I have learned, this is a very long process. Over 20 people were interviewed and each interview is, on average, about 75 minutes long. That’s a lot of audio and, consequently, it takes a long time to transcribe it. On one day I worked on transcriptions for six hours and was only able to write down 20 minutes of audio. So far I have transcribed one full interview and am about a third of the way done on a second interview.

The other thing I am working on is a research project on the Homestead Act (aka the reason this park was founded). With this research project, the Superintendent and I wanted to make some connections between the Homestead Act and Latinos. It is with this in mind that we decided I would look through records to see if I could find any Latino homesteaders. Because over four million people filed claims under the Homestead Act, it would be impossible for me to check records for all of the United States. We therefore decided I would look at Arizona Latino Homesteaders, mainly because Arizona is my home state and Arizona is the only Southwestern state to have its records digitized. To do this research, I have been looking at land patents from the General Land Office’s records through the Bureau of Land Management. I am also looking through ancestry records to see if the homesteaders were Latino and if they were born in the Unites States or in a Latin American country. So far my searches have revealed that most Latino Homesteaders were U.S. citizens (either first generation or second). Those not born in the U.S. were from Mexico. I have not found any from any Central or South American countries. I have found some interesting individual stories which I will be sure to highlight in a later post.