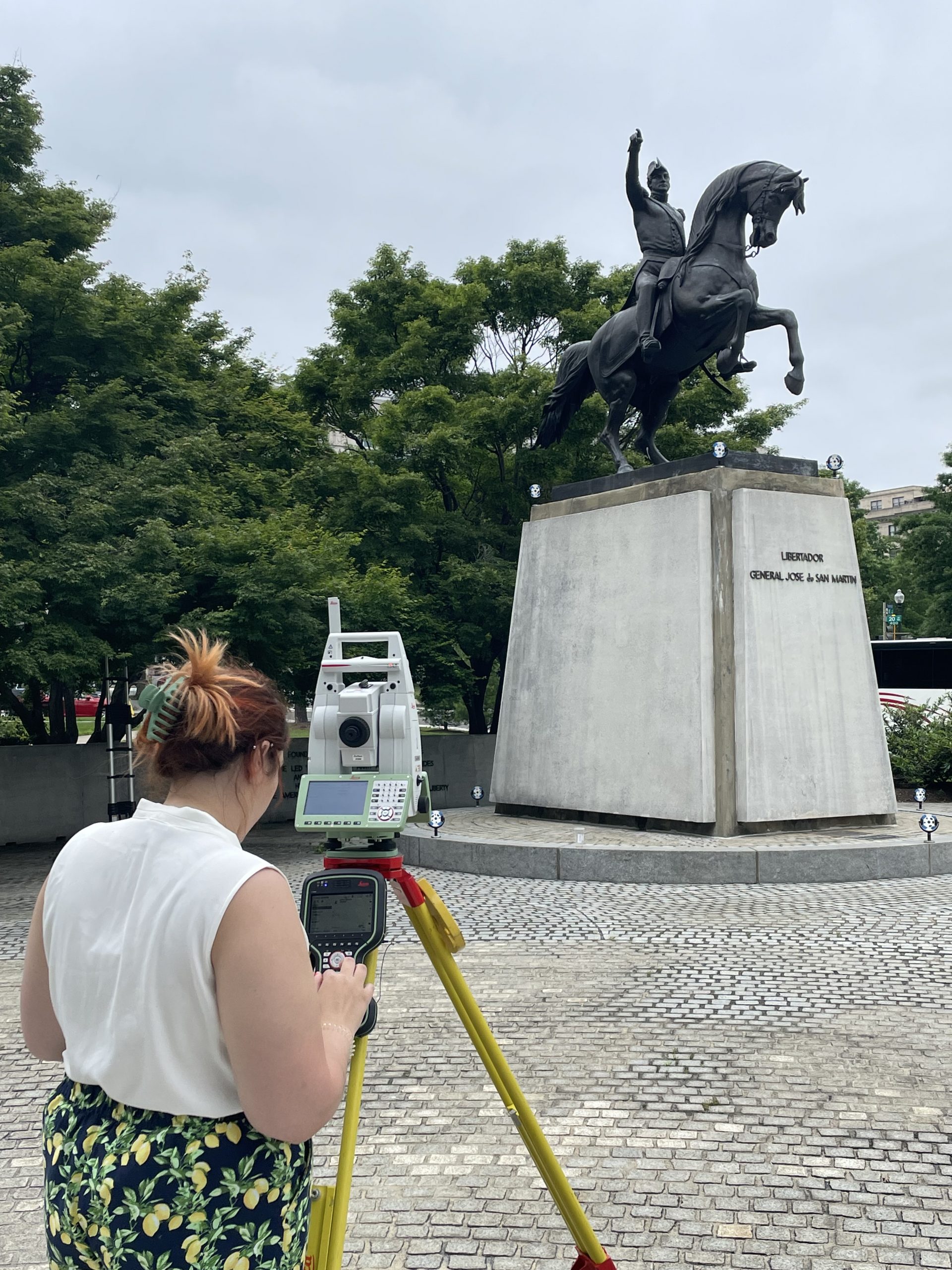 27 May My site the General Jose de San Martin Memorial

Home Sweet… not home? The site for my documentation project with HABS is the General Jose de San Martin Memorial located along Virginia Ave NW in Washington DC. The memorial is the first gift sculpture to DC from a foreign nation in history. It even required an act of Congress to authorize its erection on public grounds!

It was placed on its original site in Judicial Square on October 28, 1925. It stood in the square until 1970 when it was disassembled for the construction of the DC metro. The statue designed by Augustin- Alexandre Dumont was placed in Triangle Park six years later in 1976. It remains there to this day. Just a few blocks away from my office in the Department of Interior building. The new plaza in which it sits was designed by a local landscape architecture firm in DC. It has quite a few reoccurring visitors and is passed by many on their morning and afternoon commutes. 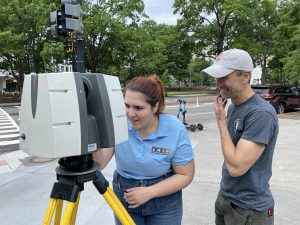 Now, who is General Jose de San martin? He is known as the Liberator of Argentine and Peru. He was born in February of 1778 in Argentine. Though for most of his childhood and early adult life he lived in Spain where he became a respected soldier in their army. In 1812, he returned to his homeland of Argentina, where he trained and led soldiers across South America to liberate Argentine, Peru, and Chile. My site has many plaques comparing General Jose de San Martin’s work in South America to the accomplishment of George Washington in the states. Which speaks to the impact he had on people around the world. San Martin moved to Boulogne- Sur- Mer, France after his time in Peru, where he remained until his death on August 17th 1850.

Attached to this long pole is a camera which I am using to take pictures of the top of the statue for use later in a 3D model.