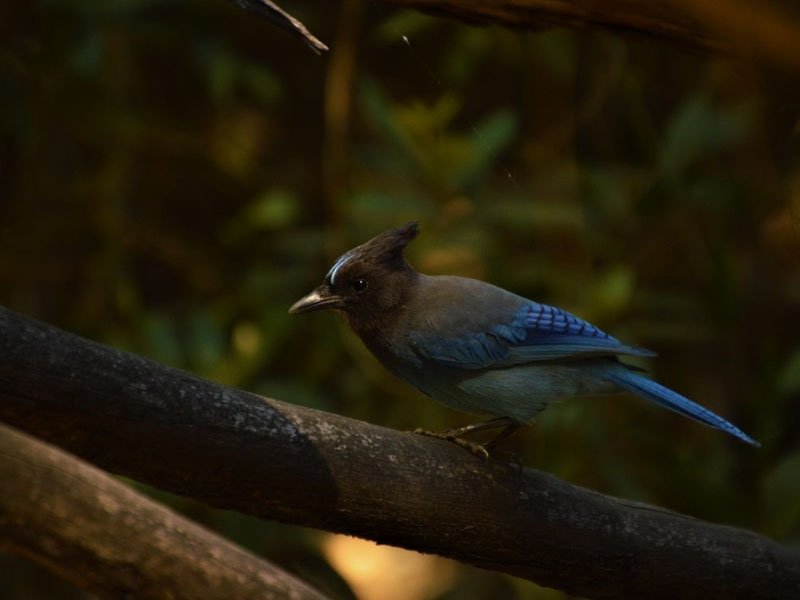 30 Jun My Journey Chapter 4: I Love Big Berries and I Cannot Lie

Posted at 14:03h in Blog by Sebastian Palacio 0 Comments
0 Likes

It has been getting busy in Yosemite Valley these past couple of days. It is only going to get busier the next couple of weeks because of all the bountiful food resources that are starting to emerge. There are some apple trees in Yosemite Valley that were part of an old historical orchard that produce apples every year around the same time as berries start to ripen. This attracts several different kinds of wildlife into the Valley, including one of visitor’s favorite, black bears. This causes the wildlife management crew to become extremely busy with visitor and wildlife interactions.

We have nine bears with GPS collars, which helps us track their movements. There are an estimated 25-30 bears that use Yosemite Valley. Just with the bears that had GPS units, we could tell that bears are returning to the valley. A couple of days ago we got a call of a bear near Yosemite Lower Falls, however when we got there the bear was near a busy road and some employee housing. We tried to establish a plan on where we wanted the bear to go, because it was not in a good spot with visitors all around. The bear started to walk out of a small covered area towards the road, so we hazed it away (to keep it away from the busy road and help it retain the fear of humans), but it ran towards housing. I was able to catch up to it and preventing it from crossing the road, but it ran up a tree. It all happened really fast, but after we regrouped we slowly started to push (yell at the bear from a safe distance) the bear where we wanted it to go. It took about an hour from the time we got the call to the time the bear was in a safe location away from human development. Before the crowds dispersed and we finished educating the public on what we were doing, we got another call of a bear almost hit by car. When we got there the bear was up climbing an apple tree where it was well covered, but it was still close to a road. We stayed in the area until the bear left to a safer location.

I learned a couple of things that day–how fast a black bear can run and climb, how important it is to have a plan before action is taken, and how many people can pass by an estimated 125-pound bear up in an apple tree without noticing. It is obvious that bears love all the apples and berries that are starting to ripen up. So, remember if you are in Yosemite National Park, or anywhere really, to be careful with wildlife crossing roads and that SPEEDING KILLS BEARS!