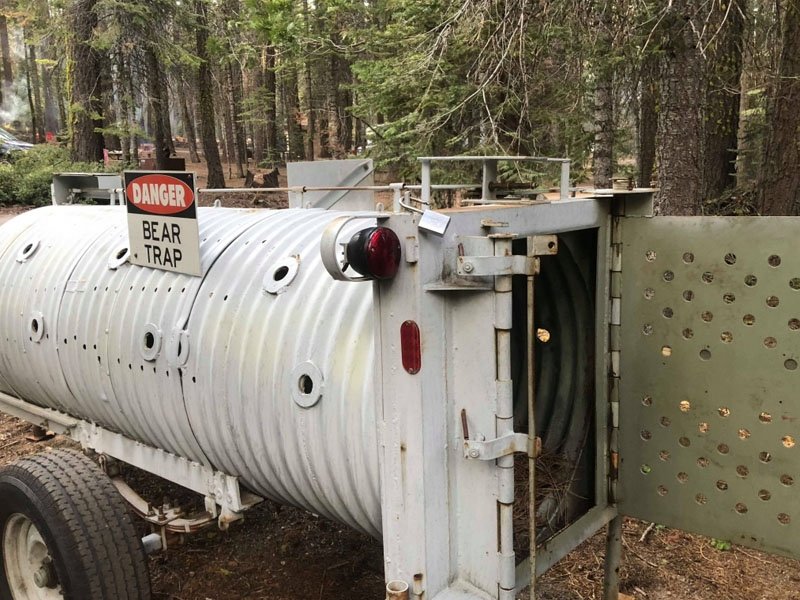 Posted at 14:10h in Blog by Sebastian Palacio 0 Comments
0 Likes

My first day of orientation/training was a little chaotic, with tons of information, some technical issues, and my lack of attention span looking at the amazing landscape that surrounded me, which happened more than I am willing to admit. I met one of the permanent biologists in the bear crew, Ryan L., who gave a very informative presentation on bear management in Yosemite.

Important messages from the present management plan include a high amount of public education and enforcing food storage regulations. Yosemite has spent more than two decades trying to be proactive and not reactive when it comes to bear management. So, instead of just managing troublesome bears, the park started actively trying to prevent bears from causing trouble in the first place. The park figured the best method was to keep bears as wild as possible, by trying to retain their fear of humans and keeping them away from human food. If a bear gets human food then fear would no longer be enough to keep a bear from breaking into cars and campsites. The program has had a lot of success over the years lowering bear incidents with food storage enforcement, but one careless visitor could change the behavior of a bear forever and cause safety hazards for the public and bear.

On my first field day, I got geared up to start my night shift. We drove for about 45 minutes to Crane Flat, where there had been a lot of bear activity. Mona E. showed me how to set up a culvert trap, which is used to catch live bears. Afterwards, we went around a nearby campground to make sure people were following proper food storage rules and to educate them about living in bear country. At first I was listening for the most part, to get a basic speech in my head. After a couple of campsites we got to a family who was just arriving and they started to speak Spanish, so I knew it was time to deliver my speech to them. It was a good feeling being able to educate them about proper food storage and answer questions about bear behavior. It was one of my favorite moments about being bilingual, because I helped keep a family and wildlife safe. Spreading the unBEARable message can sometimes be difficult, but the importance of educating the public living in bear country can save a bear’s life, which is worth all the work.