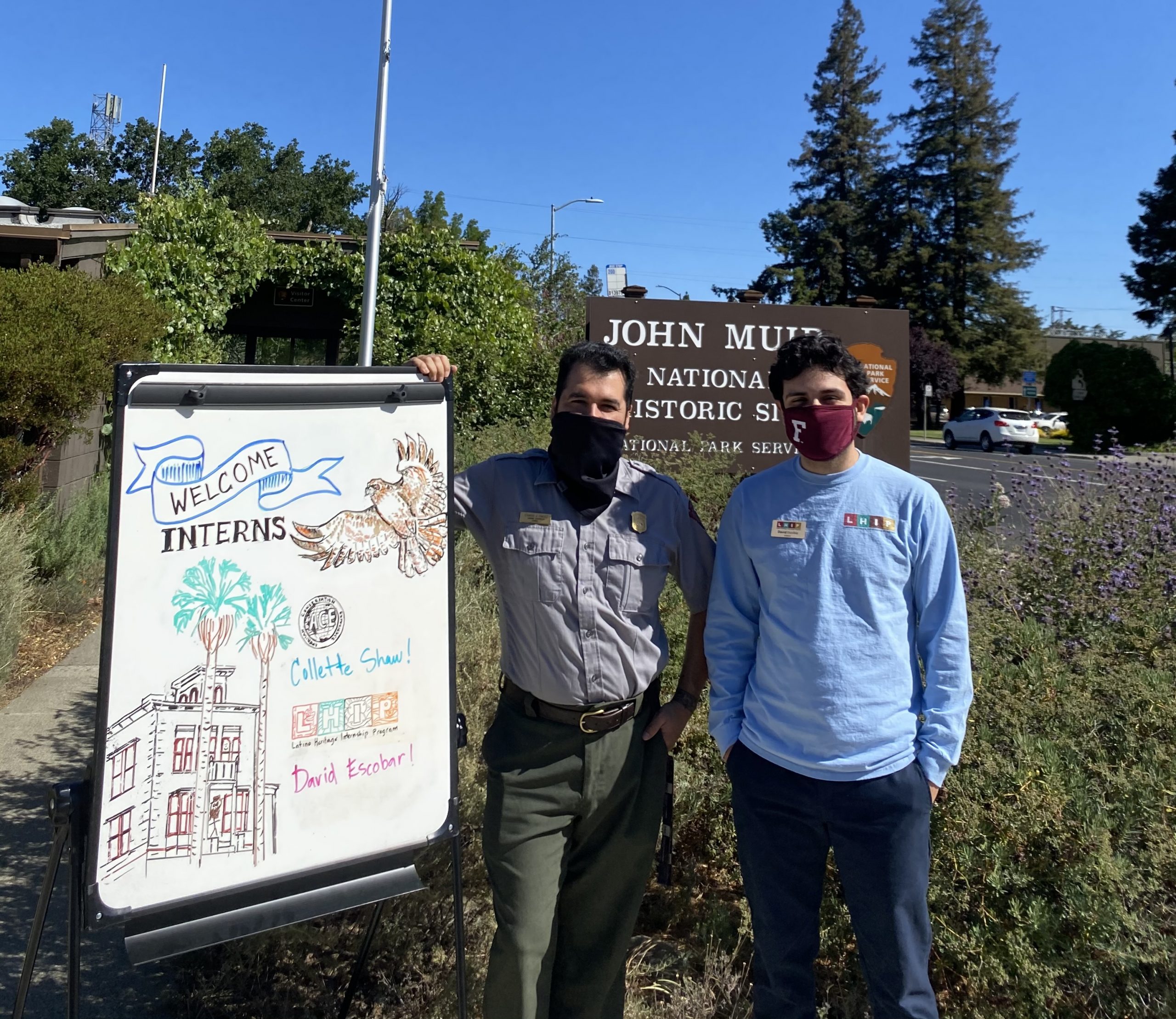 When I first started at John Muir National Historic Site, I quickly understood that my internship positioned me into a unique space within the park. Using my background as a Latino and a journalism student, I began to critically analyze John Muir’s writing, looking for signs of bigotry and racism in his published literature. However, I hit a roadblock early in my internship that limited the work I was performing.

Even though I am part of a minority community, I did not feel that I could effectively evaluate John Muir’s attitudes toward people of color. Taking racist language used more than 100 years ago and using it out of context in my research seemed problematic, especially when trying to create an objective report based on fact. Besides the limitations presented by language, it is difficult to evaluate someone’s character off words alone.

When I relayed these feelings to my supervisors, we discussed what this would mean for my project. After an hour or so of discussion, it became clear that simply labeling John Muir as a racist would not create a conductive conversation for visitors. I made it clear that I wanted to focus more on the local Martinez-area history related to John Muir, which turned into a brilliant idea for research.

Eduardo Chaidez, a former LHIP intern, turned park guide at John Muir NHS, suggested the idea of relating race and labor in John Muir’s life. I started researching the laborers at John Muir’s fruit ranch, most of whom were Chinese immigrants, which opened endless doors to new materials.
In my research, Eduardo has supported me with materials and suggested places to look for information. As we near Latino Conservation Week, I thought it was important to highlight the relationship I’ve formed with a fellow Latino in the parks. Simply having someone besides me that understands my background as a Latino has been invaluable to my research. I hope that I can provide someone else with the same support that Eduardo gave to me in the future.