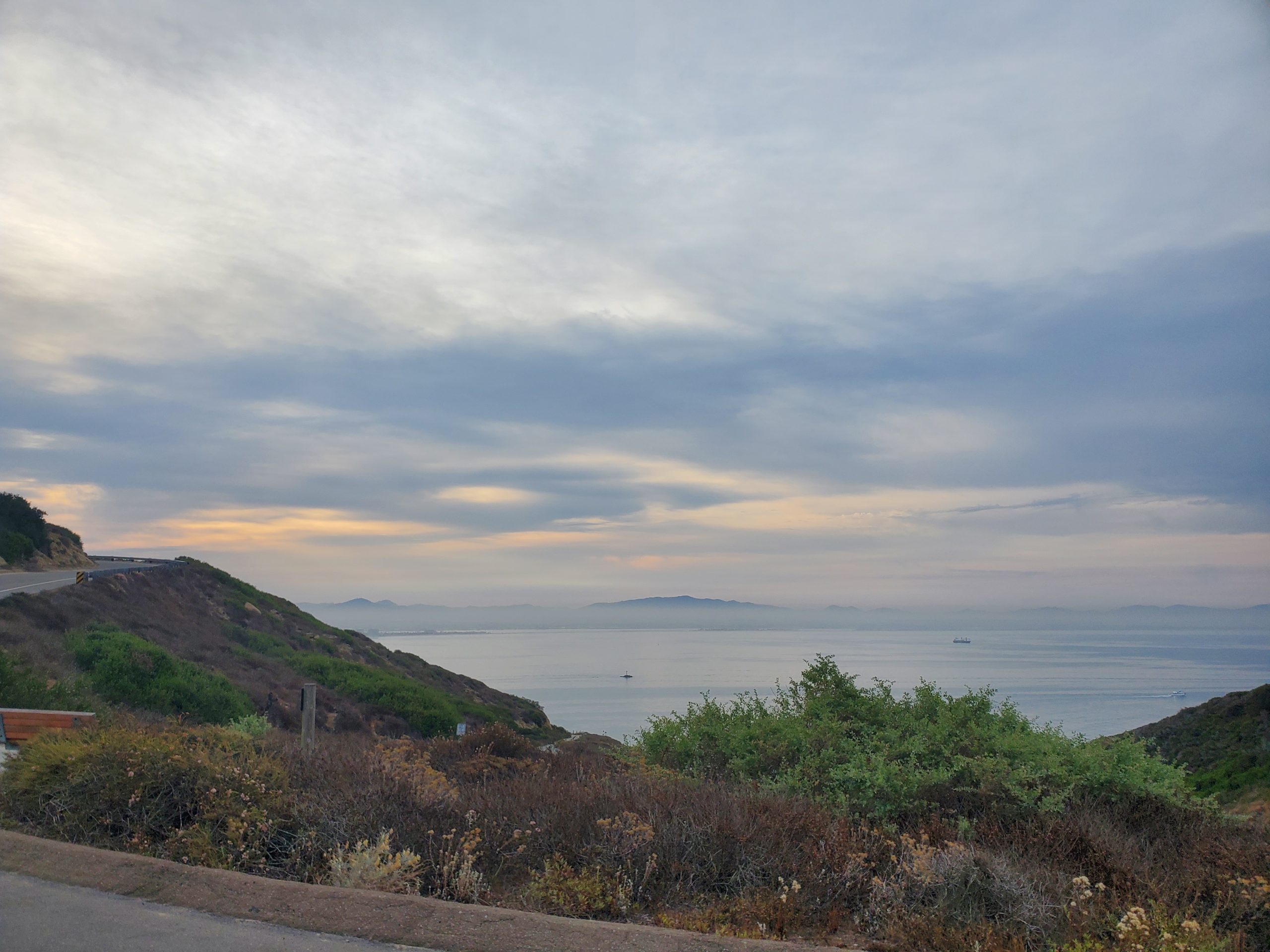 This summer, I’ve participated in the pitfall array surveys within Cabrillo National Monument. The project started in 1995, and surveys have been conducted every year since by U.S. Geological Survey (USGS) and National Park Service (NPS) researchers. These surveys aim to understand the population dynamics of herpetofauna, small mammal, and terrestrial invertebrate populations.

Each year has the same number of nights that the traps are open to collect organisms. The set of traps and collection methods at each array have also been the same over time. These procedures ensure that there is a uniform sampling effort year after year. I helped with the two summer surveys this year. I was very excited to get into the field!

Each morning started bright and early at 6 a.m. to begin hiking to the nine arrays within the park. We found lots of different kinds of animals, several species of lizards, some creepy crawly invertebrates, and even a tiny little mammal!

Every array across Cabrillo National Monument has an identical construction, three 15-meter long arms of drift fencing with seven pitfall traps, three funnel traps, and numerous cover boards around each. Pitfall traps are 5-gallon buckets dug into the ground, into which an animal could fall and not easily climb out. Funnel traps consist of a wire cylinder with two small traffic cones on each end, the small ends pointing in. The funnel traps allow for an easy entry but difficulty leaving through the smaller end of the cones. Finally, scattered around each array are cover boards that trap heat and entice ectothermic animals like reptiles and invertebrates to hide under them overnight. The idea behind the trap array is that as animals move about the shrubbery, they encounter the drift fence and need to travel along it to go around. However, along the drift fence, animals should meet a pitfall bucket or funnel trap and wait until we collect them in the morning. We checked all three kinds of traps at each array for any animals that may have encountered them overnight. Each organism is measured and recorded for length, mass, sex, and approximate age before being released.

My project focuses on the herpetofauna community within the park; this includes amphibians and reptiles (i.e., lizards and snakes). We encountered four out of the five lizard species seen at the park, an alligator lizard, side-blotched lizard, fence lizard, and orange throated whiptail lizard. The last species we did not find is the legless lizard, but historically they have been elusive. We were not lucky enough to find any snakes during my first week of fieldwork, but we know they are out there!

I immensely enjoyed my trips into the field for work! It was fascinating to learn more about the collection methods and how to handle the different species collected. I relished spending the first half of my day hiking around the beautiful park, then enjoying the cool buildings as I worked on my data analysis in the hot afternoon. This experience was invaluable for my understanding of the data set I analyzed. I got the hands-on experience that I craved while better understanding the procedures that collected the data.

As I move into my career, I hope that I will have time to enjoy the outdoors and work in the field, at least part of the time. I fell in love with fieldwork, leading me to wildlife biology. This experience strengthened my resolve to pursue my career and passion for conservation.