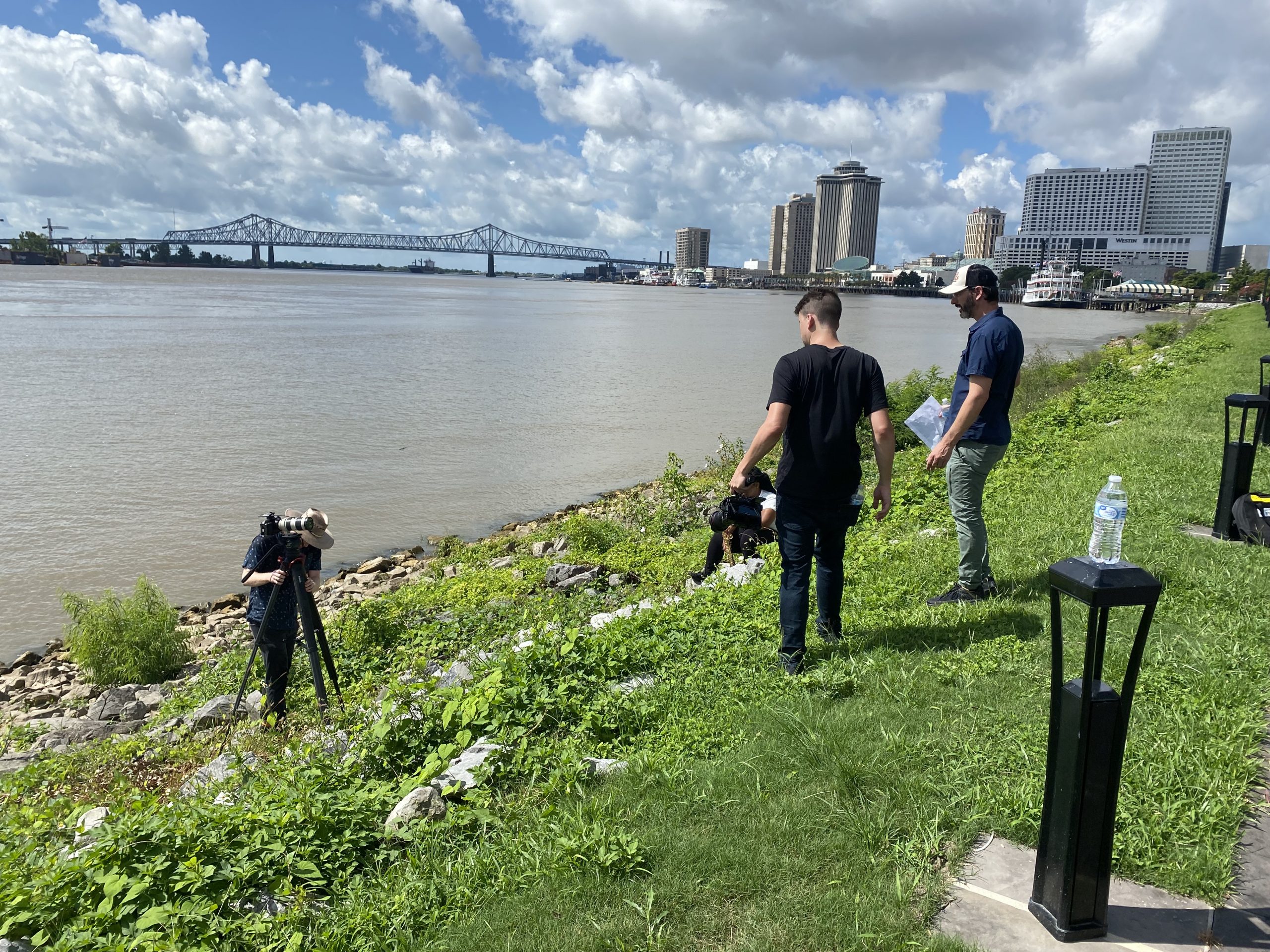 It’s hard to say that there is only one thing that was my favorite part of this internship; but overall it was probably the fact that I was able to stay and learn more about this incredible city that I’ve had the privilege of living in for the past four years. Between spending time both at the New Orleans Jazz National Historical Park and the Jean Lafitte National Historical Park and Preserve French Quarter Visitor Center, I got to learn a lot about both the musical history of New Orleans as well as the cultural history of New Orleans and Louisiana as a whole. The story of Bulbancha, like I talked about in my previous post, is probably one of the things that I will carry with me and treasure forever. Not only did I get to learn more about the history – I also got to talk to and work with other people from here and learn more about the great people who inhabit this city. Yesterday, I got to help a local film crew shoot what would have been my final music video project and it was a fun experience. We got to shoot around the French Quarter, perform at the New Orleans Jazz National Historical Park, and perform outdoors which was a spectacle for tourists walking around the historic French Quarter. It is one of the truly unique things about New Orleans to be able to see people filming on every corner and just think it’s normal; on my drives to the Park this week I even saw countless film crew trucks parked along St. Charles in front of Loyola and Tulane filming an entirely tarped mansion; who knows what they’re filming, but I’m sure we’ll find out soon. Earlier today I also got to have the second in person session for the Digital Workshop I have been assisting/teaching in collaboration with NPS and Love’s Music Therapy. The kids had written their own blues songs as a part of their homework and they performed them live today at the Park; and after that they all had a jam session with their own instruments that they brought, among these being a Teenage Engineering OP-1 Sampler, a custom built drum with plastic tubes, a guitar, and a keyboard. They got to record each other playing their songs as well as mix the audio for the video, all in preparation for next week when they will all record a live band that is coming to play at the Park, and then edit the video performance themselves. If I had to pick a favorite thing, it might be this workshop that we have been teaching. I have thought for a while that I might eventually want to get into teaching and this has been a great experience to dip my toes into teaching and it’s been fun; I love working with kids and I would have loved to have had an experience like this one when I was a kid, good experiences like these have a strong and long lasting impact on children and it can spark an interest that they otherwise might have not known they had.