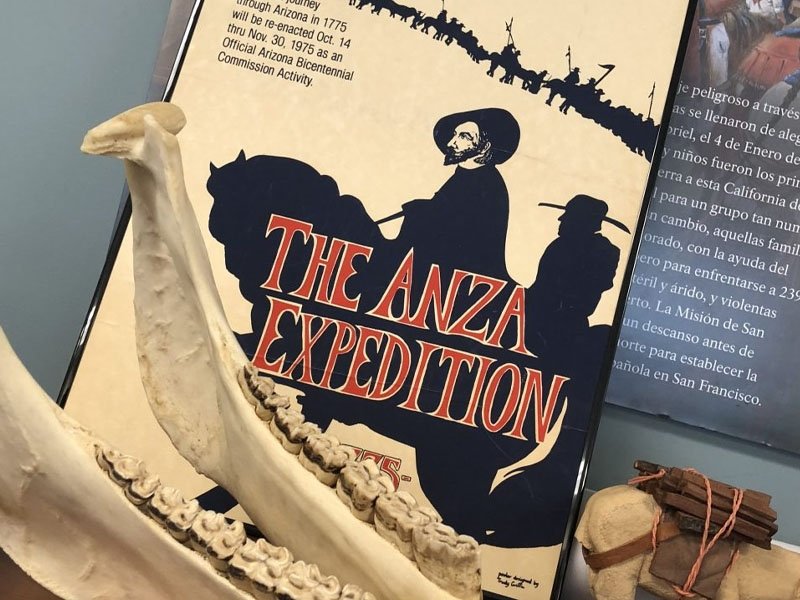 Posted at 20:39h in Blog by Ximena Cuervo 0 Comments
0 Likes

Every culture has music in the soul. I know as Latinx, music is very important to our lives. We basically own the music industry! With that, I want to touch on the music of the traveling town of the Juan Bautista de Anza Expedition.

Although there is only limited information about the music that they played and listened to during the time, there has been some anthropological research done on the expedition that mentions the musical instruments by the Spanish and Natives of the time, as well as detailed records of the settlers’ activities based on Father Font’s (the priest of the expedition) journals.

Spaniards in New Spain typically sang and played their own music. Some instruments used were:

Guitar: Favorite instrument of the Spaniards. Used for dancing in rural areas.

Violin: The Violin provided music in Sonora during the 1763-1776 time period. The Quechan Natives at the Colorado River Crossing were enchanted by violin music and learned to dance Spanish forms to its music (Bolton, Anza’s California).

Harp: The Psalterio is a lap harp. It was carried and played by Father Font.

Chumash whistles: Father Font wrote on Feb 24, 1776, “… the villages of Los Pitos, so called because of the whistles….heard blown there all night.”

Songs of the Anza Expedition:

The Alabado is specifically mentioned by Father Font as one of the main songs sung by the colonists every day. The song is mentioned several times a day by Father Serra and Father Font of the Anza Expedition.

“A la Virgen de los Dolores“: There was only on death on the Anza Expedition to California in 1775. Maria Ignecia Manuela Pinuelas Feliz died in childbirth. Father Font wrote in his diary that the colonists said the Rosary for Manuela, and that he finished by singing this song.

The quijada de burro is a percussion instrument made from the jawbone of a donkey, horse or mule cattle. Originally brought from Africa during early colonial era, this instrument is used in many Latin American countries including Mexico, Peru, Cuba, and Ecuador. There are currently no records of this instrument being used during the exposition, HOWEVER, the Anza expedition was made up of such a diverse population- Natives, Africans, Mexicans, Spaniards, mestizos, etc,- that we here at the Anza Trail do not doubt that there were many other musical influences and instruments at the time.