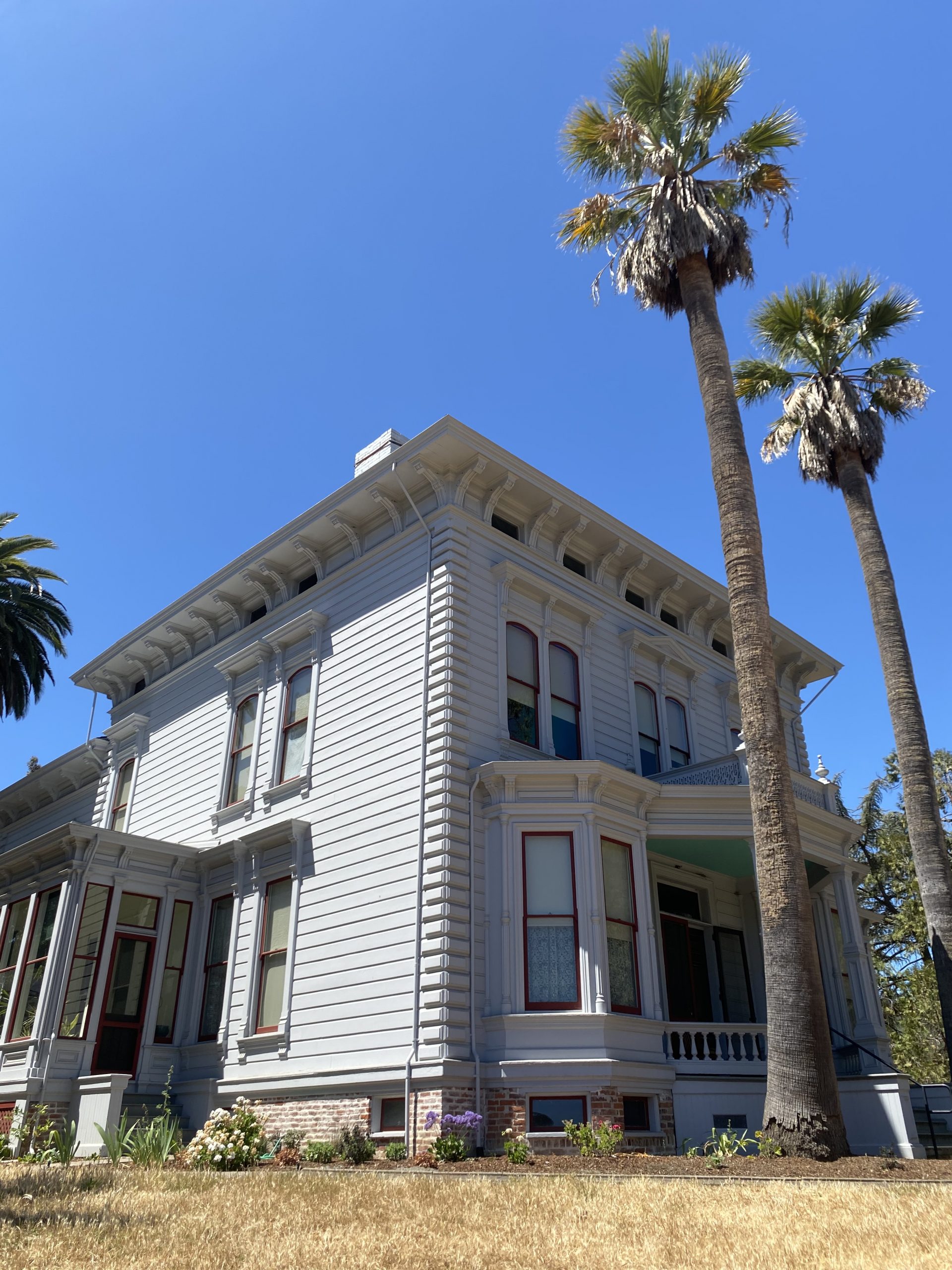 John Muir National Historic Site preserves the home and estate of John Muir, who is recognized as one of the fathers of the national parks in the United States. Located in Martinez, California, right off Highway 4, visitors are often surprised to learn that John Muir Historic Site actually consists of a few sites. The Italianate Victorian mansion where John Muir spent the last 24 years of his life sits among a 9-acre fruit orchard by the main visitor center. Across the highway, visitors utilize over 300 acres of hiking and recreation area at Mount Wanda, named for one of Muir’s daughters.

Before the site came into Muir’s possession, several prominent men claimed the area in their name. Don Ygnacio Martinez first claimed the land in 1824 as part of a larger land grant from the Mexican government. Upon his death in 1848, Don Ygnacio divided the land into parcels and gifted the parcel that currently holds the park to his son, Vicente. Don Vicente constructed what is now known as the Martinez Adobe on the site. Today, the traditional Spanish Colonial-style home sits on the backside of the main part of John Muir Historic Site. After a series of owners after Don Vicente, Doctor John Strentzel, John Muir’s father-in-law, bought the property in 1874 and constructed his own 17-room mansion hidden away by palm trees at the property’s highest point. Muir and his wife Louie moved into that mansion a decade later.

With so many owners in the span of a few decades, the land now known as John Muir National Historic Site embodies the rich cultural history of California. The original Martinez Adobe reminds us of the Spanish mission system, which dominated the California coastal area, while the Muir-Strentzel mansion symbolizes American westward expansion, particularly after the California gold rush. Naturally, the Muir-Strentzel estate and orchard required laborers, and the Chinese men who worked on the estate after their railroad work had ended remind us of the diverse population of California, both then and now.