31 Oct Monarchs on the Move

Welcome back! Here at Dinosaur NM, my internship focuses on monarch butterfly conservation. The North American monarch consists of two populations: Eastern and Western. The extensive Rocky Mountain Range cutting across the continent acts as the dividing line. Through the months of April-July, monarch generations 1 and 2 migrate north to their summer breeding grounds in the northern United States and southern Canada. Once the temperatures begin to cool in August-November, monarch generations 3 and 4 start their southward migration to their overwintering sites. Most western monarchs are believed to overwinter in California, Arizona, and New Mexico. The eastern monarchs fly to the central Mexico sanctuaries in Michoacan. However, some research suggests population “mixing” could occur when adult monarchs cross the continental divide. From November-March, thousands of monarchs survive the harsh winter conditions by clustering and roosting together on tree branches. In the warmer months of spring, the monarchs abandon their roosting sites and fly inland in search of feeding and breeding grounds. Hence, the annual migratory cycle is resumed when the generation 4 monarchs begin to journey north and lay eggs, generation 1, along their way (monarchjointventure.org).

Over the years, scientists and citizens have noticed a drastic decline in the number of monarchs that arrive at the overwintering sites. Threats such as habitat loss, reduction of overwintering sites, pesticides, and parasites have drastically reduced the population (xerces.org). The western monarch population is at high risk of quasi-extinction. Under the 2020 Endangered Species Act Listing, the United States Fish and Wildlife Service declared the monarch butterfly as “warranted but precluded”. This monumental decision appointed the monarch butterfly as a candidate for the Endangered Species Act, however, efforts and resources will remain allocated to other higher-priority listings. The USFWS will revisit the status of the monarch butterfly population until it is no longer deemed a candidate (fws.gov).

Since Dinosaur NM lies west of the Rocky Mountain Range, we specialize in the easternmost zone of the western population. Our aim is to provide monarch and milkweed data to better understand the western monarchs’ migratory dynamics and breeding grounds. 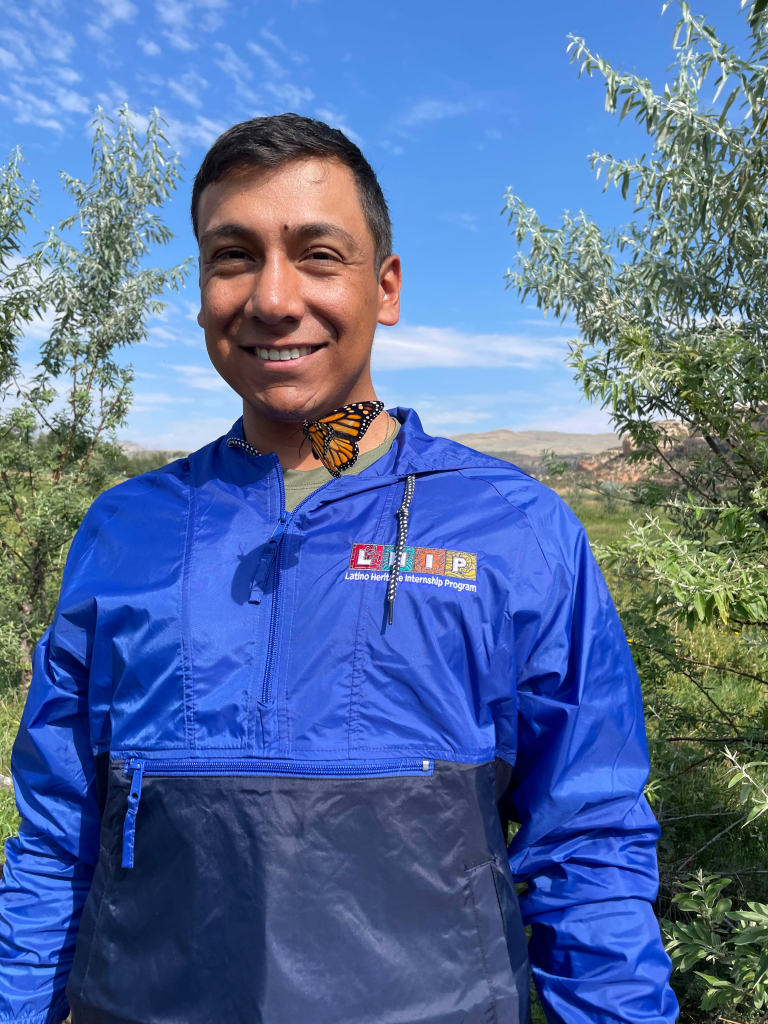