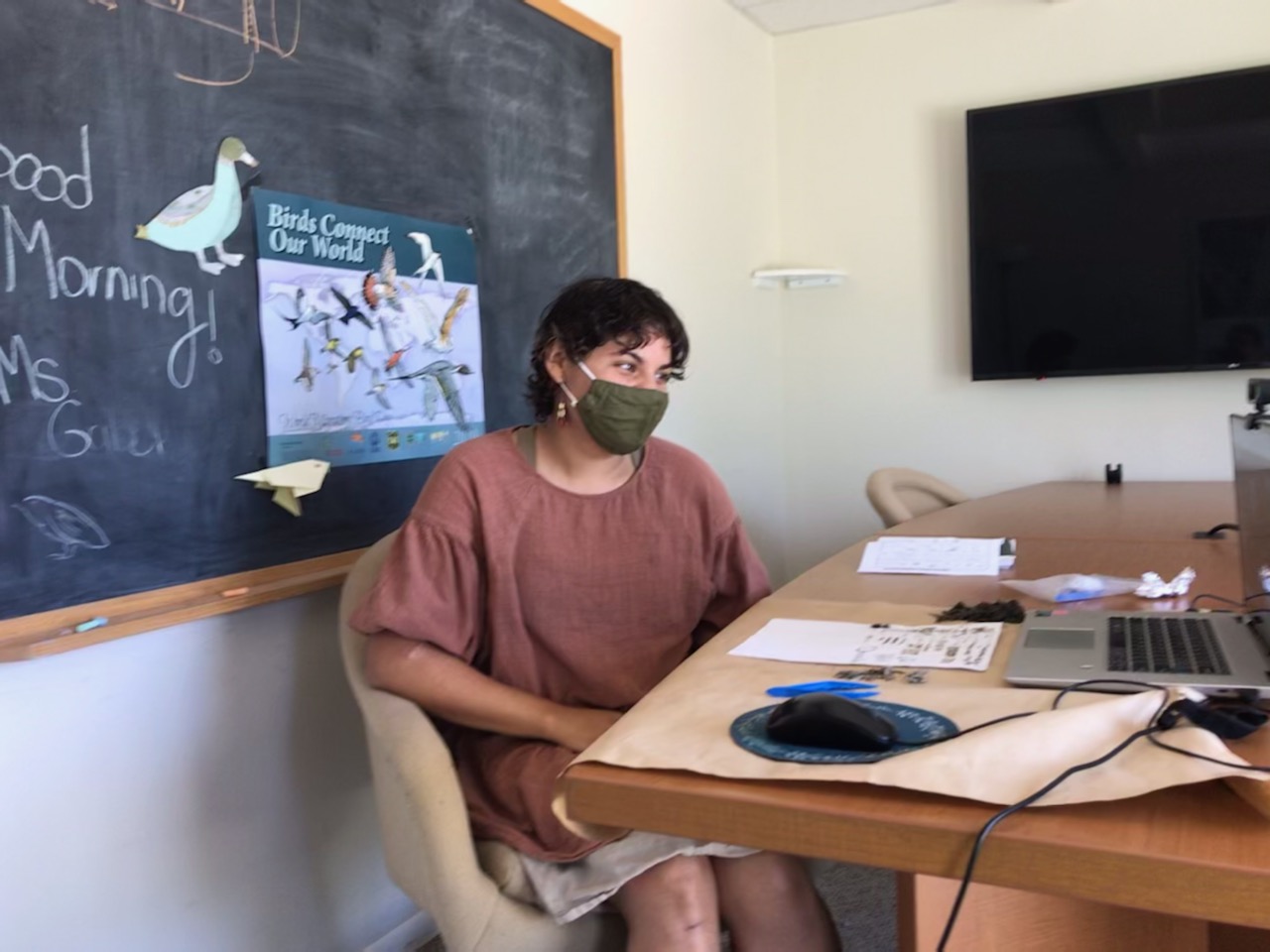 This week I went into Environment for the America’s office and helped Griselda (see featured image) demonstrate how to dissect an owl pellet to a class of youth over zoom. Pellets are regurgitated undigested parts of a bird’s food and a good way to investigate what owls eat. The pellets the youth were analyzing were from a barn owl and they used a chart to identify what animal the fur and bones found in the pellet belong to. Barn owls usually feed on rodents but it is not uncommon to find the remains of a bird in a pellet. The youth had a chance to act as scientists and excitingly showed the camera what bones they found, keeping tally of how many skulls were in the pellet.

There was also a guest speaker who works at a bird conservatory and introduced the class to two different types of owls. My biggest takeaway was learning the unfortunate consequence of using rat poison to exterminate rodents. The poison does not kill the animal immediately and if it goes back out into the wild it can live up to 5-7 days longer. As it gets weaker, it becomes an easy target for an owl to catch. Consuming the poisoned animal also affects the owl and has led to an increase of deaths in the owl population. A more humane method to eliminate rodents is catch and release traps and avoid using poison to keep the owl’s food source healthy.