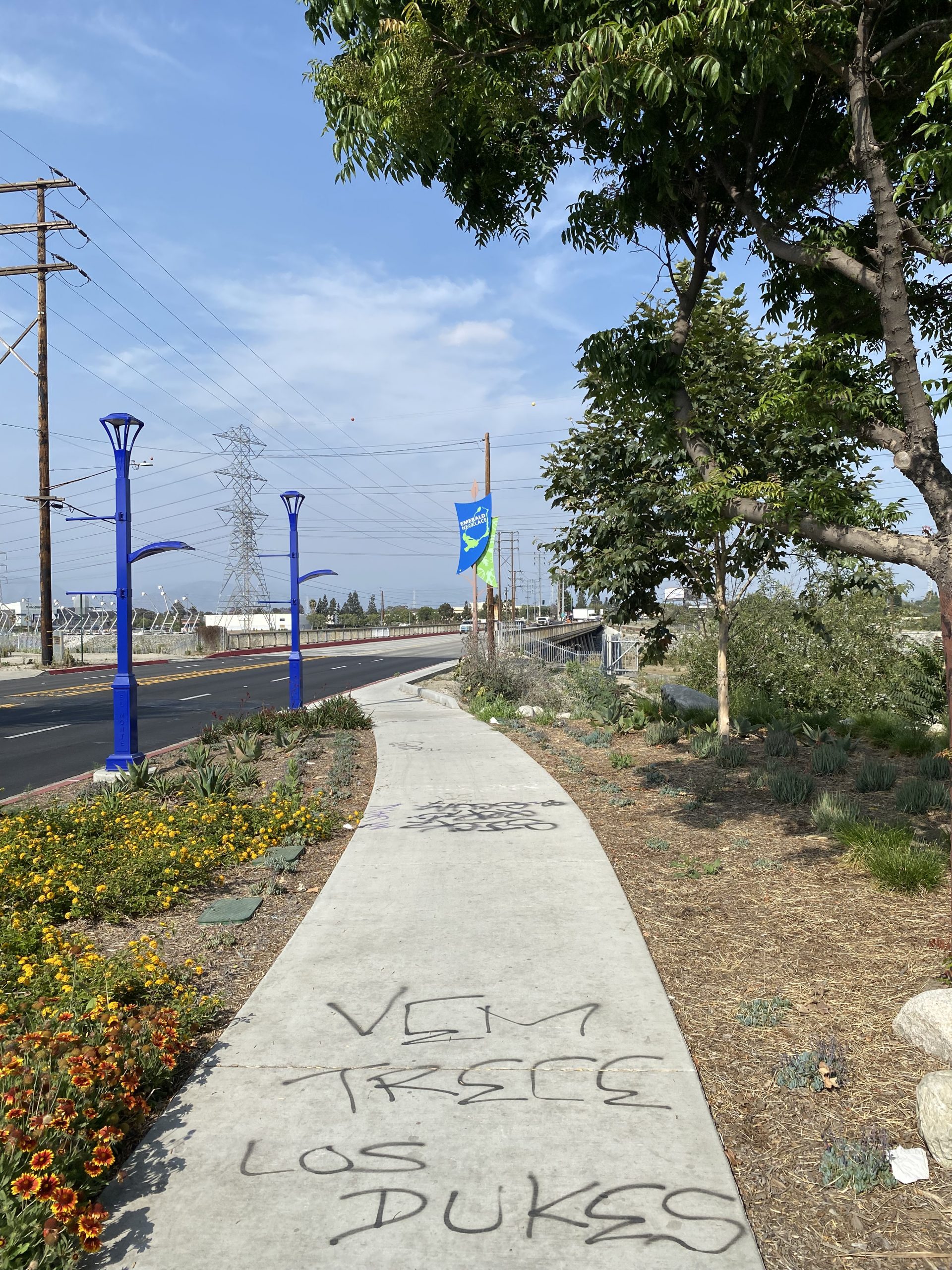 My task over the past few weeks working on the Anza trail? Making movement meaningful. That’s the big picture view of trail work—working to build, plan, and design through trailwork means thinking about what traversing different built and imagined pathways can do. Whether that looks like remembering, (re)storying, or retracing, working at the Anza trail is often an intellectual, historiographic challenge. But, making movement meaningful has a quotidian component. So, here’s what my past few weeks on the trail have really looked like.

One of the projects that I have been working on is re-considering the San Gabriel Valley within the Anza trail. I go to school at Pitzer College, which is located in Claremont, at the edge of this Valley. Locally, this area is well-known for its wealth of “non-places”—the Valley is often understood and felt as a place of massive thoroughfare and transit, especially for the logistics and distribution industries—many companies have hubs or central warehouses in the San Gabriel Valley. Things we might call “cultural” or “historical” are rarely exalted in this area. This presents challenges for entities like the Anza trail: our challenge in this area is to create memory places and pathways in a space that is hyperpresent and placeless. 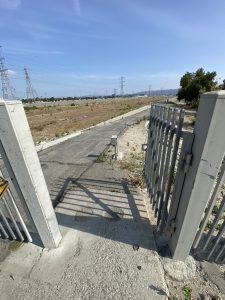 The entrance to the San Gabriel River bike path. A portion of the restored campsite area was along this path.

As I wrote about in my previous blog, one of the most significant challenges of trailwork is building relationships. Most of the stakeholder research that I have done has related to stakeholders in the San Gabriel Valley. Currently, the Anza trail is trying to partner with a nonprofit that is aiming to design greenways and parks throughout the Valley that connect the San Gabriel mountains, the major rivers in Los Angeles, and the coast.The nonprofit has restored many green belts and areas along schools. A few of the sites converge with the path of the Anza trail.

One such site is Campsite #61. In the Anza context, “campsite” is defined tenuously and under differentiated meanings. Sites denoted as campsites have congealed different historical events and passages—there is not a set definition of what a campsite means. This specific location is located along the banks of the San Gabriel River. Through researching the Anza diaries, I learned that the Anza expedition arrived at this site at the beginning of January in 1776, made the dangerous crossing, losing many animals along the way, and here would hear of a rebellion of Kumeyaay people at the San Diego mission further south in California. After stalling with a side voyage to San Diego, the Anza expedition stayed in this area for around a month before moving northward.

As I was discussing this site with my supervisor, the next step was visiting this site in person, as it is much more local for me than other employees of the Anza trail. So, I set out for the San Gabriel Valley last week. I visited the site, and it made me think of the non-placeness concept again. For all intents and purposes, the campsite was a very small strip of extremely well-manicured, restored vegetation. Beyond the few feet of the area, there was not much else. However, the experience of going to the trail, re-tracing the pathway, and seeing the site for myself was powerful. I say this not to claim that my journey was an attempt to approximate or recreate the original expedition—I am not trying to portray Anza as a historical savior or a figure whose travels I recreate out of immense respect and admiration. Rather, I think that through the experience of going along the trail, I began to seriously think of the path as an ongoing, river-like flow. In 1776, this site was part of a larger flow of communication: here, the Anza expedition found out of the San Diego rebellion, sweeping up different Indigenous and Spanish interlocutors. Word of mouth traveled here, worlds converged here, all with much impact to the path the trail would take. A longer history is that the area has always been a site of flow—I think of the currents of the San Gabriel River as a similar area where relationships are created, practiced, disseminated, and networked. Today, this story continues on. At the center of a transportation and distribution hub, Campsite 61 represents a story of crossing, networking, finding out, spreading, and delivery. With the 605 freeway and a concretized river, this form looks physically different today, but the intensities feel the same. 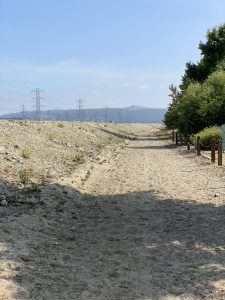 Does this look “historic”? Anza trail in El Monte, CA.

Now, our task is to take our ideas and reflections and translate those into GIS maps and placards. We will be meeting with our partners, and begin to start building the framework for our projects. The task is as much about practical matters, such as permitting, as it is about translating these questions. It is this balance that is the daily practice of hodology—this is what trailwork is. As I continue down this path, I will keep you updated.