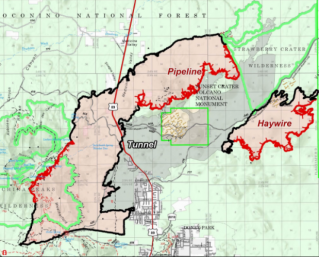 Since my last blog post, there has been a major update on my internship and the Flagstaff Area National Monuments. As I mentioned in my previous blogs, my internship start date was originally postponed due to a wildfire (Tunnel fire) that broke out and destroyed much of Sunset Crater Volcano National Monument. 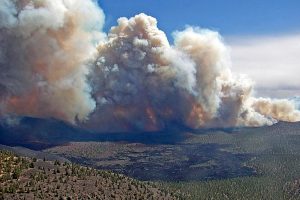 (Smoke that can be seen for miles)

As a result, I had to spend some time away from the Flagstaff Area National Monuments. However, with the help of my amazing supervisors, I was able to get useful networking and work experience during this time away from the monuments. In my next blog, I’ll be updating you all on these experiences that I earned! 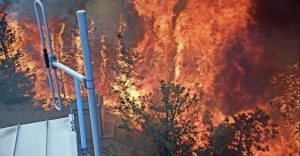 (Image taken from our communication hub)

Due to the chaos of the fires, I am writing this blog post a little late, but it, fortunately, allows me to provide you all with newer (and more positive) updates. Fortunately, by the time I am writing this post, the Pipeline fire has been 70% contained, and the Tunnel fire has been 50% contained. While much of the local area was severely damaged, both

National Monuments were fortunately spared. Along with that, residents and NPS personnel have just been notified that we can return to our homes, so things should hopefully be getting back to normal!

Thanks for taking the time to read this, and as always, don’t forget to go out and explore your National Parks!