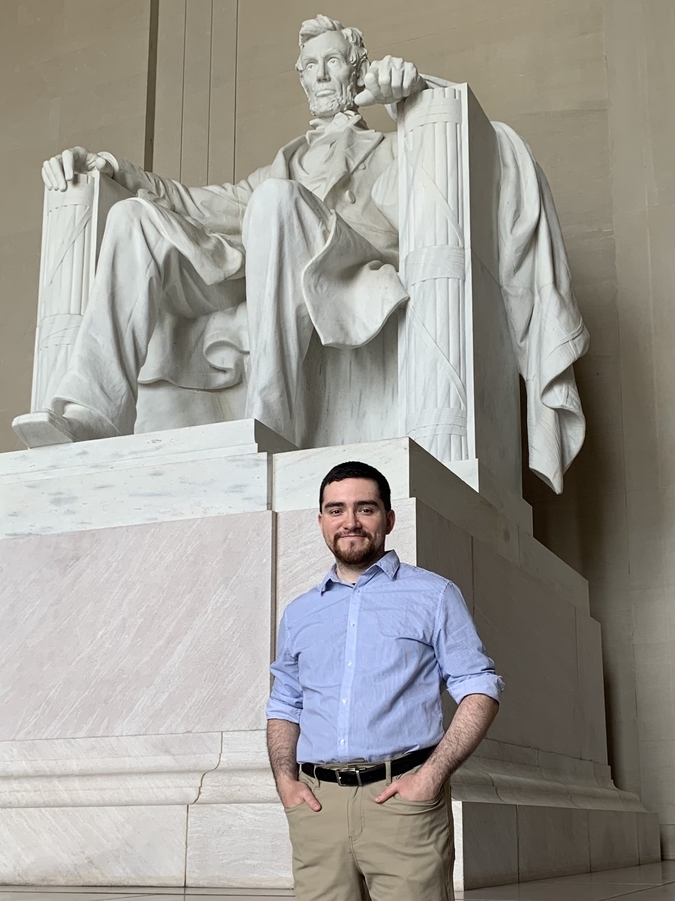 Hi there, my name is David! Originally from Chicago, I am in the nation’s capital as the new Latino Heritage Internship Program (LHIP) intern in the National Park Service (NPS) Office of Communications! I joined the bureau to spread the word about the natural and cultural resources that the NPS oversees and protects for current and future generations. I am excited to engage diverse audiences by coordinating outreach that resonates across the country. The office is composed of two integrated teams, Public Affairs and Digital Strategy; the former handles traditional media such as interactions with newspapers, and the latter manages things like the agency websites and social media. 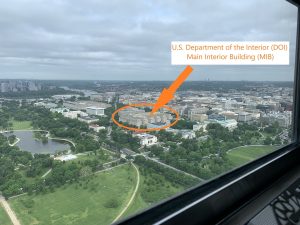 You can see my office building from the top of the Washington Monument!

In the summer of 2022, I am working at the Stewart Lee Udall Department of the Interior Building, located at 1849 C St. NW in Washington, DC. The street number 1849 is a nod to the year that the Department of the Interior (DOI) was founded. Quite impressive in size, it covers an entire city block. President Obama even played basketball at its indoor court! Originally known as the Main Interior Building (MIB), and still referred to as the MIB by many employees, the structure was officially renamed in 2010 to honor Udall. He was Secretary of the Interior from 1961 through 1969, a period in which he expanded public lands and helped pass major environmental legislation that supported clear air, clean war, endangered species preservation, and more. 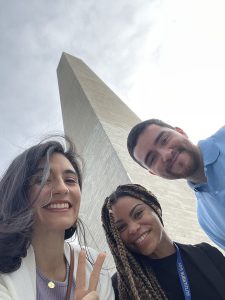 Less than a mile from the MIB is the National Mall, an official unit of the NPS. The short distance is especially convenient for relaxing walks on days with good weather. The Lincoln Memorial and the U.S. Capitol flank the ends of the mall, though the Lincoln Memorial is closer to the MIB. If you have time, however, walking to and from one end to the other is almost five miles, which makes for great sightseeing at your own pace. 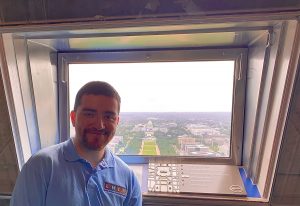 View of the U.S. Capitol from the Washington Monument.