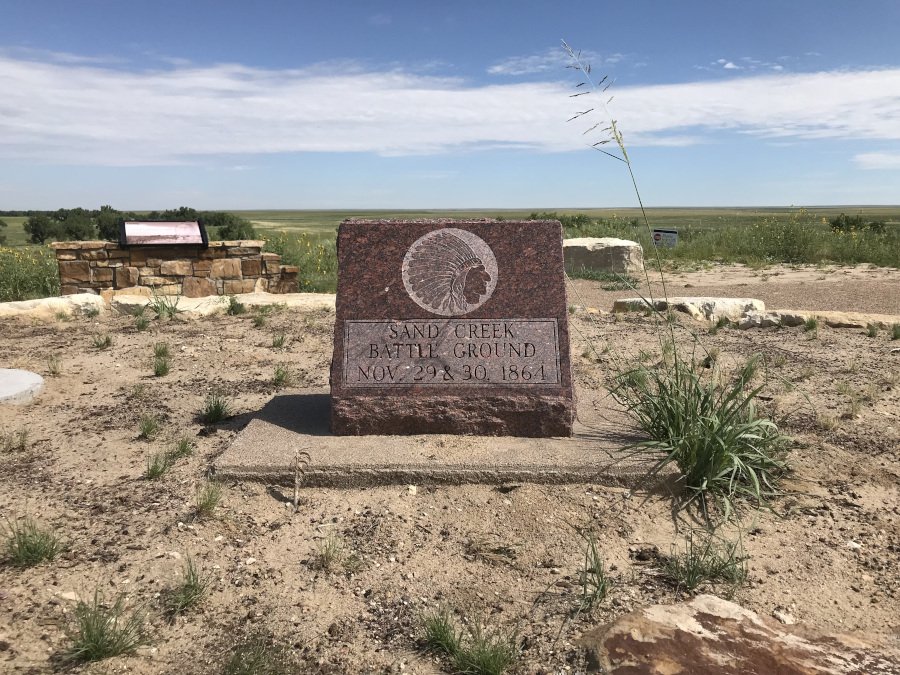 Within the past seven days, I have had the great opportunity to visit the three parks that make up the High Plains Group. This group, within the Intermountain Region, consists of Bent’s Old Fort National Historic Site in La Junta, CO, Capulin Volcano National Monument in Capulin, NM, and Sand Creek Massacre National Historic Site in Eads, CO. Other than my home site of Bent’s Old Fort, I went for the second time to Capulin this past week, but the one park that I haven’t visited until this week was Sand Creek. Seeing all three in one week was a great learning experience of seeing three distinctly different parks within the National Parks Service.

As I have mentioned numerous times in past blogs, Bent’s Old Fort is a living history site. At the 1840s reconstructed fort, visitors are given the opportunity to explore the two-story adobe fort and interact with the period clothes interpreters. For those with interest in the southwest frontier, this is an ideal park for you. As for Capulin Volcano, this site deals more with earth science, specifically with the extinct cinder cone volcano. Outside of the visitor’s center, this park is an outdoor park where visitors can climb around the rim and to the center of the volcano. For those interested in volcanoes and the beautiful views of the surrounding valley, this is it.

The park I was most familiar with prior to this internship and eager to visit was Sand Creek. My interest and familiarity with the history of the park came after reading A Misplaced Massacre by Ari Kelman. This is where I first learned of the brutal history behind this now sacred site. For those who don’t know the history, on November 29, 1864, Union soldiers led by Col. John Chivington open fire on unsuspected Cheyenne and Arapaho people. Ultimately over 230 men, woman, and children died, including 12 Council chiefs. After the bodies were looted, scalped, and mutilated, the village was ransacked and burned to the ground. I did not know what to expect or the feeling that would come up during my visit.

It was a two-hour drive from La Junta with the last eight miles being a dirt road. Once I got to the site and walked the short trail to the monument and overlook, that was when I was able to sit down on the benches provided and take in where I was. I was prepared to have feelings of sadness, empathy, or a wide range of anger, but ultimately I was filled with a sense of calmness I haven’t felt in a long time. It was hard to explain but I went with it and sat at that bench for close to half an hour before I decided to walk the bluff trail overlooking the massacre site. The trail was special as well, there was an abundance of grasshoppers jumping all over the place, birds chirping, a white jackrabbit that I stumbled upon, and a nice breeze that made the walk that much better. From not knowing what emotions to expect, I ultimately had one of the most calming afternoons I can remember. I was honored to have made it to this sacred site of remembrance for the fallen and hope to make it back one day.