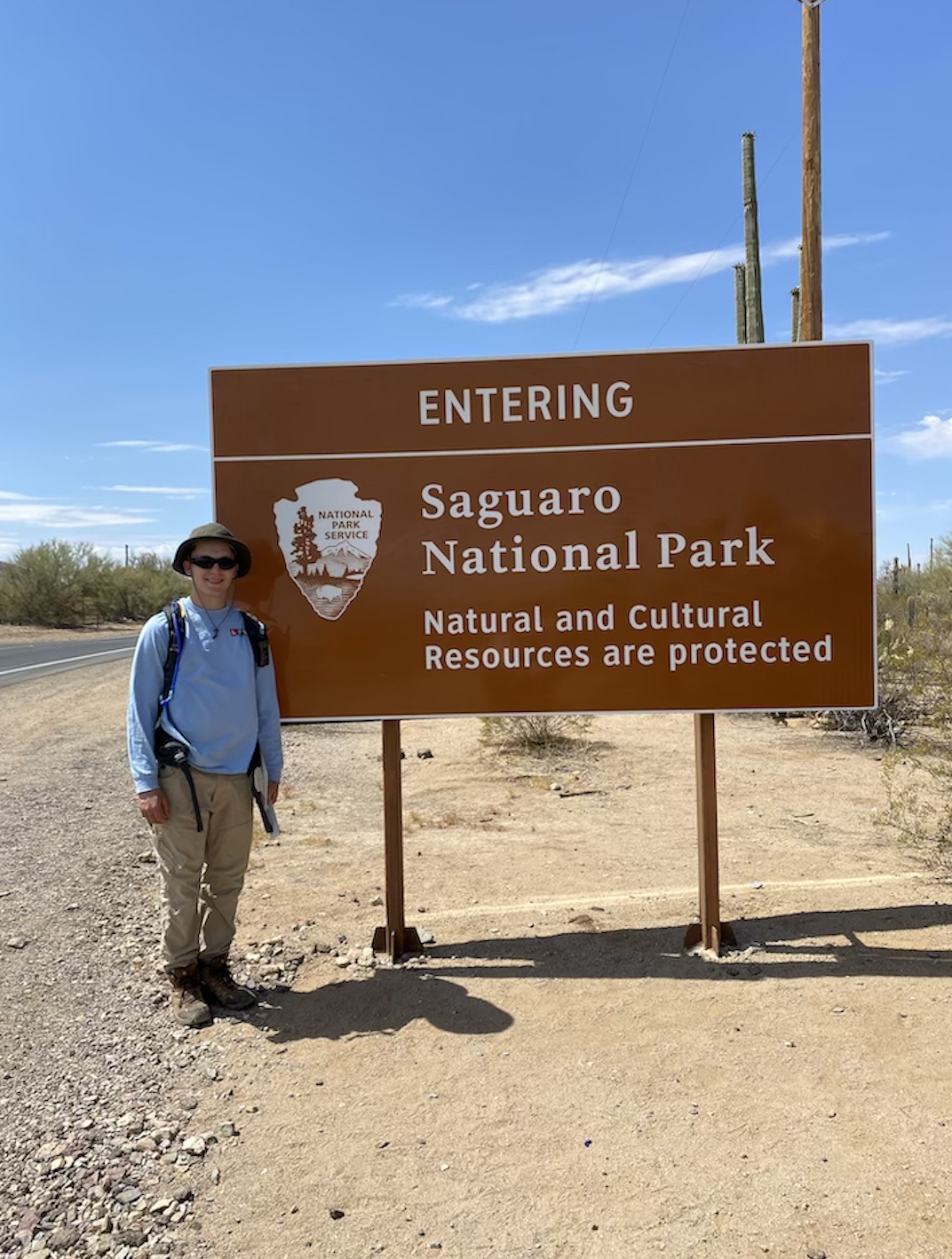 Saguaro National Park is a mystical place located in Southern Arizona. The park is full of mysteries, from strange looking cacti, to lizards that look like rocks, to the numerous unexplored canyons that can be found around the park. Each of Saguaro National Park’s individual facets is an opportunity to learn something new. A once thought-to-be rare cactus called the night blooming cereus is just one example of an awesome, not commonly known part of the desert I recently learned about. The night blooming cereus is a beautiful, relatively inconspicuous cactus that often grows underneath creosote and other native Sonoran Desert plants. It’s known for its magnificent, white flower that blooms only once a year and makes the easily disregardable little cactus become a sight to behold. This cactus has always existed in the Sonoran Desert, to my surprise, it even grows in some of my neighbors’ yards! Every day, when I walk my dog, I walk by this cactus and have always passed it off as just some other desert plant to avoid so that I don’t get pricked by its thorns. Now, thanks to my research in Saguaro National Park, where I am attempting to find quantitative and qualitative data on this understudied cactus to have a deeper understanding of its desert adaptations, I can appreciate it for what it is! On top of this, here at Saguaro National Park, the namesake cactus, the Saguaro, has been undergoing an extraordinary phenomena that is only now becoming apparent to many Tucson natives, like myself. While Saguaros normally produce flowers on its crown (on top), this year, the number of flowers occurring along the sides of the Saguaro has been unmistakeable. Some believe that this is a result of Tucson’s persevering drought, many indigenous peoples believe it’s a sign of a good monsoon season, but really, it has most researchers baffled. At the park, we’ve been developing an observational procedure for collecting data on these side flowers so that the cause of this phenomena can hopefully be found. These mysteries are only a few of the many unknowns of the Sonoran Desert. Every season, botanists, ecologists, and researchers alike find new flora and fauna all over the park.