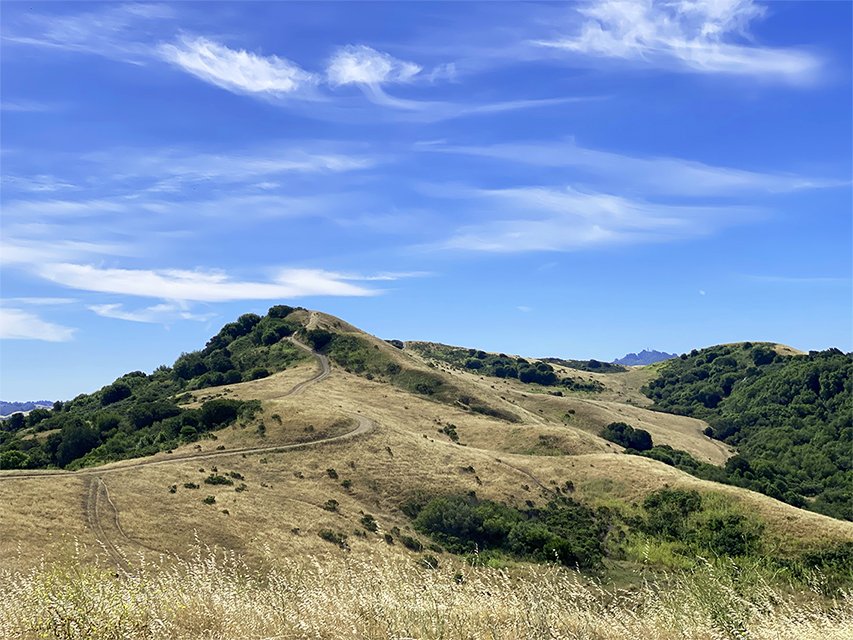 Mi mamma siempre me decía, “leave things cleaner than you found them”, before I left the house for a sleepover at a friends. I carried this mentality throughout my life whenever I entered a new space; when I would stay at a hotel room I would make the bed, after a party I would help clean up, or even as basic as washing my dishes when I was a guest at someone’s home. Maybe this sounds like basic manners to you, but to others these actions never cross their mind.

I started to think about this concept in relation to ‘natural’ spaces. We are constantly reminded to clean up after ourselves, to take out the trash we bring in, and to limit the physical harm and damage we do to the land we are using. Yet, these rules and regulations were not something that were originally part of the colonizers core values. They didn’t come in and leave things cleaner than they found them, in fact they did the complete opposite.

In the bay area, before the Spanish colonizers entered the space, hundreds of indigenous groups nourished the land they were living off. One of the known tribes that resided in the present day bay area is the Ohlone Tribe. The Anza expedition was one that traversed these lands and the homes of not only the Ohlone people but many others. The more that I read and listen, the more complex my understanding of colonization becomes especially when thinking about the ‘natural’ environment and those living off of it.

In a book titled The Ohlone Way, written by Malcolm Margolin, he writes “The Ohlone lived in a world where people were few and animals were many, where the bow and arrow were the height of technology, where a deer who was not approached in the proper manner could easily escape and a bear might easily attack — indeed, they lived in a world where the animal kingdom had not yet fallen under the domination of the human race and where (how difficult it is for us to fully grasp the implications of this!) people did not yet see themselves as the undisputed lords of all creation.” While I was reflecting on these words and continued to read more, I couldn’t help but get frustrated. I tend to empathize too hard sometimes, I’ll be honest, but my mind couldn’t get a grasp on the fact that people lost their homes, their traditions, their language, their families at the cost of “new discoveries”. And I also started to reflect on the concept I previously stated, to leave things cleaner than you found them. Why didn’t the colonizers come in and leave it as they found it? Maybe because the need to overpower and conquer was larger than a basic understanding of manners. I know this is a simplification and there is more to the story, a lot more. But I sit here and I question if things could have been different and the longer I lingered in my head the stronger my urge to write words and express my feelings.

Before I started to write any of this, two days earlier I sat down and wrote a poem. Well, I don’t really want to use the word poem because I wouldn’t consider myself a poet, but maybe more of a therapeutic word vomit session that I got the courage to share with you only after writing everything above. I figured, hey if writing this gave me some sort of relief then maybe it would do the same for others by reading it. Alright, don’t judge me but here it is…

Why was it okay to come in a take what wasn’t yours?

I have the respect in my blood, in my culture, in the way I was RAISED.

Where was this privilege incepted? Where was it born? And why did you bring it here?

No one asked you to, no one wanted to become a slave to your ideas.

Don’t ask me again to get on my knees and submit to your ideas of perfection.

Because I won’t do it anymore.

I’m juggling more than you’ll ever have to in your whole life time.

So don’t pretend to know.

STOP… and leave it as you found it.

Bueno, I hope you enjoyed it.