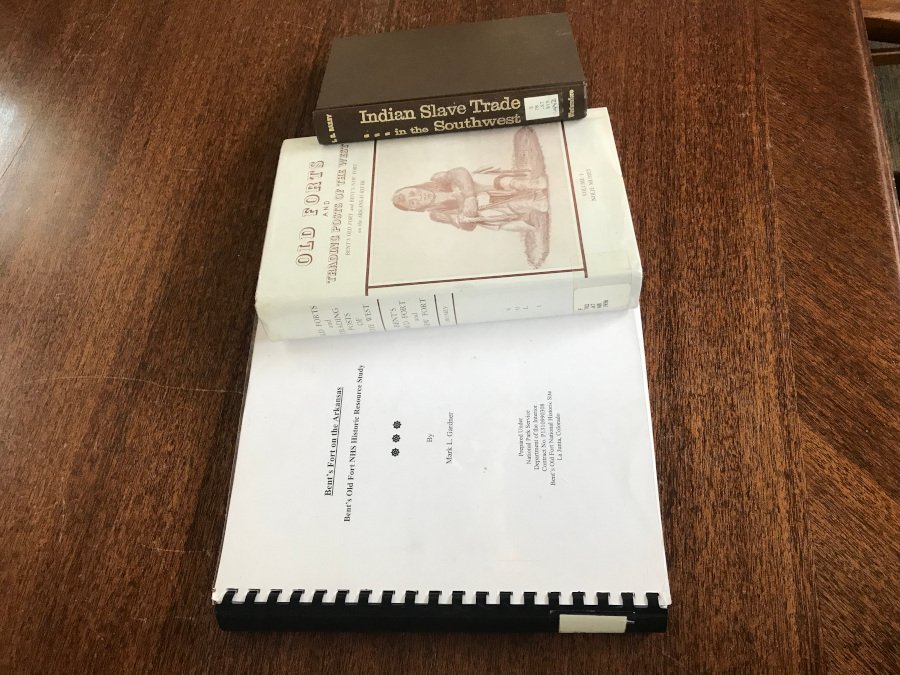 In the process of reading primary and secondary sources concerning the jobs that Mexicans were doing at Bent’s Old Fort, I came to learn about a new aspect of slavery that I never knew. While reading about the fort during its peak years as a fur trading post (1833-1849), it is clearly explained that William Bent, one of the partners of the St. Vrain & Company who ran the fort, had three African slaves (possibly five, but difficult to corroborate) that he brought with him from St. Louis. Being a history student, this was not something new that I just learned during this internship.

However, one aspect of slavery that was not mentioned in any part of the visitor experience but can be found in select passages of two books about Bent’s Old Fort was that William Bent also had Mexican slaves at the fort. In Indian Slave Trade in the Southwest by L.R. Bailey, the author states that “Bent’s Fort…purchased Mexicans taken captive five hundred miles below Paso del Norte.” This was a new revelation that surprised me greatly, not only the fact that the fort purchased Mexicans but that they came from the interior of Mexico. Bailey further explains that a majority of the slaves were women and that by the time they arrived to their final destination, they could have passed thru half a dozen intermediaries beforehand. In Bent’s Fort on the Arkansas by Mark L. Gardner, the topic of Mexicans who were ransomed or bought was covered. George Bent, son of William Bent, is quoted saying that “My father had several Mexicans whom he had bought from the Kiowas and Comanches.” Discovering these facts was an eye-opening experience to say the least, it enlightened me to see the reality that slavery was not just a way of life in the south, but also across the emerging southwest during the first half of the 19th century.