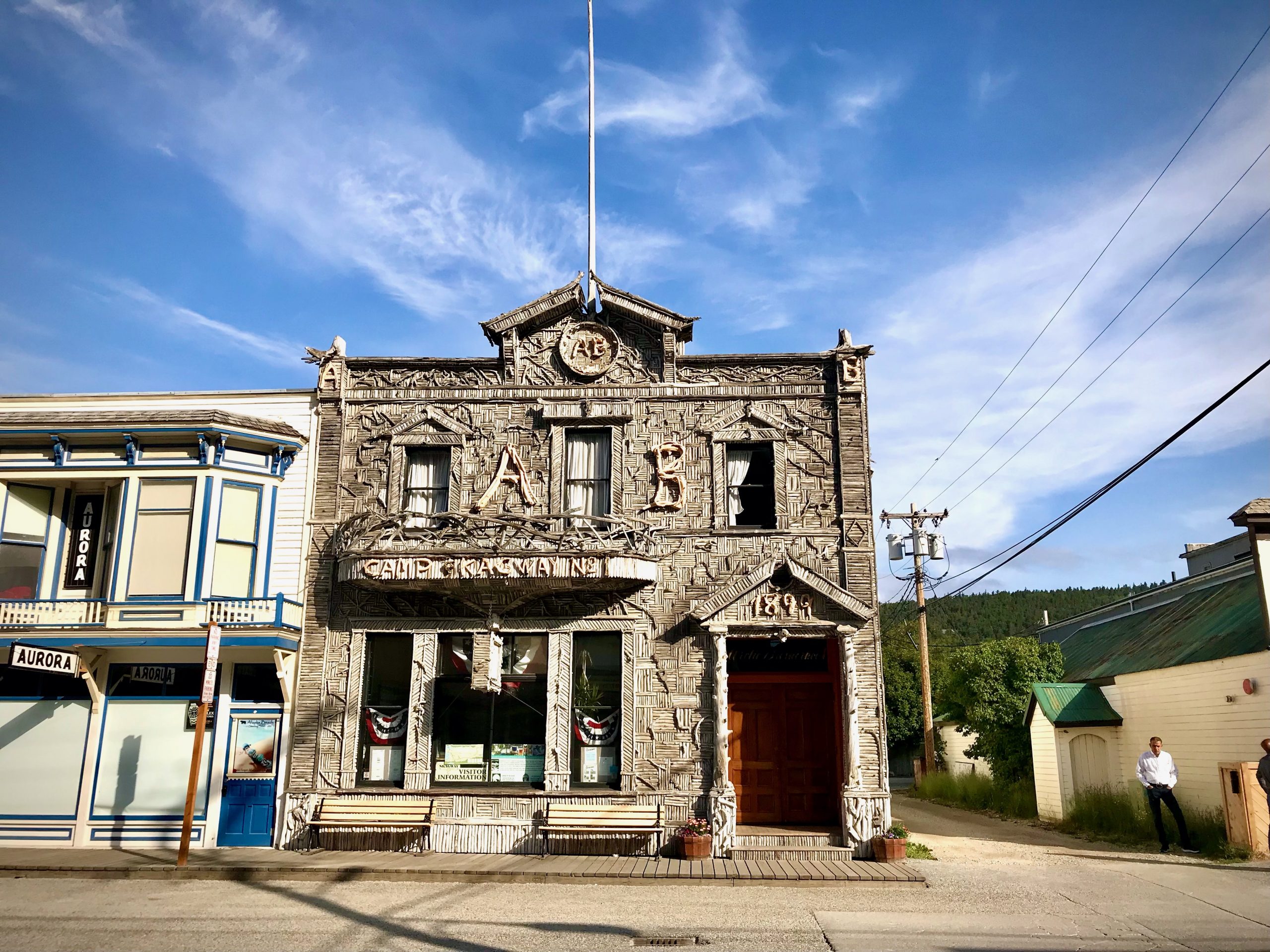 One of the most common questions I get asked by visitors at Klondike Gold Rush National Historical Park is, “Where is the National Park?” Usually, they are a bit taken aback by my response: “You’re standing in it!” While this park doesn’t look like what you might imagine when thinking of a National Park (think: Yellowstone, Grand Canyon, Yosemite), we preserve the history and cultures of the Klondike Gold Rush.

Skagway and the neighboring region of Southeast Alaska are located on Lingít Aaní, or Tlingit lands. The Tlingit people have stewarded this land since time immemorial and continue to do so today. Both the oppression and resilience of the Tlingit people in the face of occupation of their lands, economic exploitation, and settler violence are an integral part of Gold Rush history. Today, about 250 people are members of the Skagway Traditional Council.

Klondike Gold Rush National Historical Park is bigger than what meets the eye. There is a Seattle Unit, where gold rush “stampeders” took off from. There is a Skagway unit encompassing the historic town and its buildings. And there is a Dyea unit containing a ghost town and campsites, and the Chilkoot trail, which continues to the Canadian border, where the park is then managed by Parks Canada. Within Skagway, the unit I work at, the park owns more than 25 historical buildings of all different sorts. So, while at first glance, this park may look small, it’s actually an International Park spread out over a huge distance!

One of the Skagway buildings I work at functions as our park’s Visitor’s Center. But in the early 1900s, it was the White Pass and Yukon train depot, taking travelers on a brand-new railroad down Broadway all the way to the Yukon Territory in Canada. The train no longer runs down the middle of the street. Instead, it takes tourists from 2nd Avenue and Broadway to the Canadian Border. But the old coal stove in the middle of the room reminds us of what the building once was.

I also work at the Moore House several blocks away. In the late 1800s, Captain William Moore suspected that soon, there was going to be a major gold rush in the Yukon, and he wanted to be ready when it happened. He was right: in 1897, gold was struck, and he had already filed the first homestead claim with the United States for 160 acres in Skagway, Alaska. His home, the Moore House, was home to his son, Ben Moore, Ben’s wife, Klinget-sai-yet, and their three children. Today, the Moore House hosts a museum, offers a taste of post-gold rush Victorian life, and welcomes visitors to tour the restored cabin.

While you can see bears and humpbacks at Klondike NHP, we boast so much more than just the typical Alaskan sights. Here, you can indulge in the rich history of one of America’s greatest mass migrations, preserved for visitors to stroll through 125 years later. It’s like nothing else in the world.