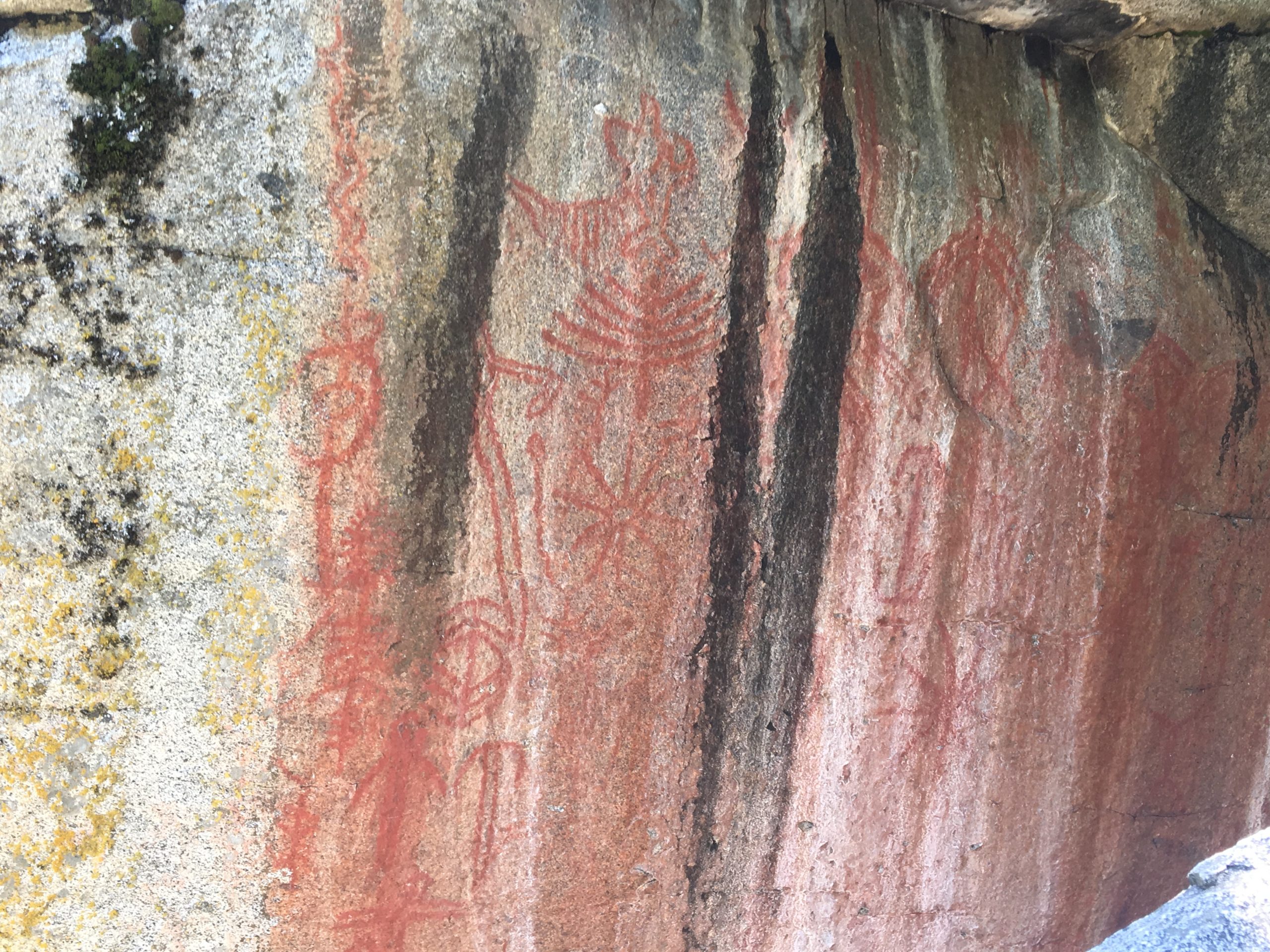 Posted at 17:52h in EFTA intern blog by Marisol Morales 0 Comments
1 Like

On my first day here, as Ranger Meredith was driving us around to see both Sequoia and Kings Canyon National Parks, I began to think about the Native Americans who lived here. We had just visited Hospital Rock [pictured], a boulder painted with Native American petroglyphs and a site that had bedrock mortars in which the Native Americans would grind acorns into a powder and eventually make into food. I knew about Native Americans and the tragic history associated with them, but it was an abstract idea to me, kind of like Ancient Egyptians or the Aztecs; they were people from a long time ago that I only had a vague and general idea about.

As we were driving up the curvy mountain, it seemed crazy to me that Native Americans navigated these mountains by foot without the option of paved roads or clearly marked signs. I could barely walk around in hiking boots and with a map in hand! The idea that people could live and navigate these mountains for thousands of years, really stuck with me! I wanted to know more!

So I began researching about the Native Americans and found out that in California alone, there were more than 500 tribes that lived here for thousands of years. Approximately ⅓ of Native Americans lived in California prior to European contact. There were two main groups of people found in these National Parks, the Western Mono and the Yokuts. The Western Mono are thought to have come from the other side of the Sierra Nevada mountains, somehow becoming separated from the Eastern Mono, and adapted to the lifestyle here. The Yokuts were a much larger group, occupying the foothills of the mountains.

Native Americans were pretty in tune with nature. In the winter, they would live lower at the foothills of the mountain where there was no snow and in the summer, they’d live higher up on the mountain where it was much less hot. They even set prescribed fires in order to promote growth of plants that they ate and that the animals they hunted ate.

Beginning in the late 1700’s into the 1800’s, especially with the Spanish missions on the coast and the Gold Rush in the mountains, a majority of Native Americans were killed either by violence or disease. White settlers stole their land and committed mass genocide, not only in California, but all over the United States. Much of the cultures, languages, and histories were destroyed. To say it’s heartbreaking is an understatement. It also upsets me to hear people credit white European settlers with “discovering” things *cough* Columbus Day *cough.*  It goes without saying that white settlers didn’t discover anything at all, except a continent already established by diverse indigenous people. It’s important to acknowledge the negative history of this country and to look at history from varying perspectives. I’m glad that I’ve learned more about the indigenous people in California and that they aren’t just a vague general idea to me anymore.