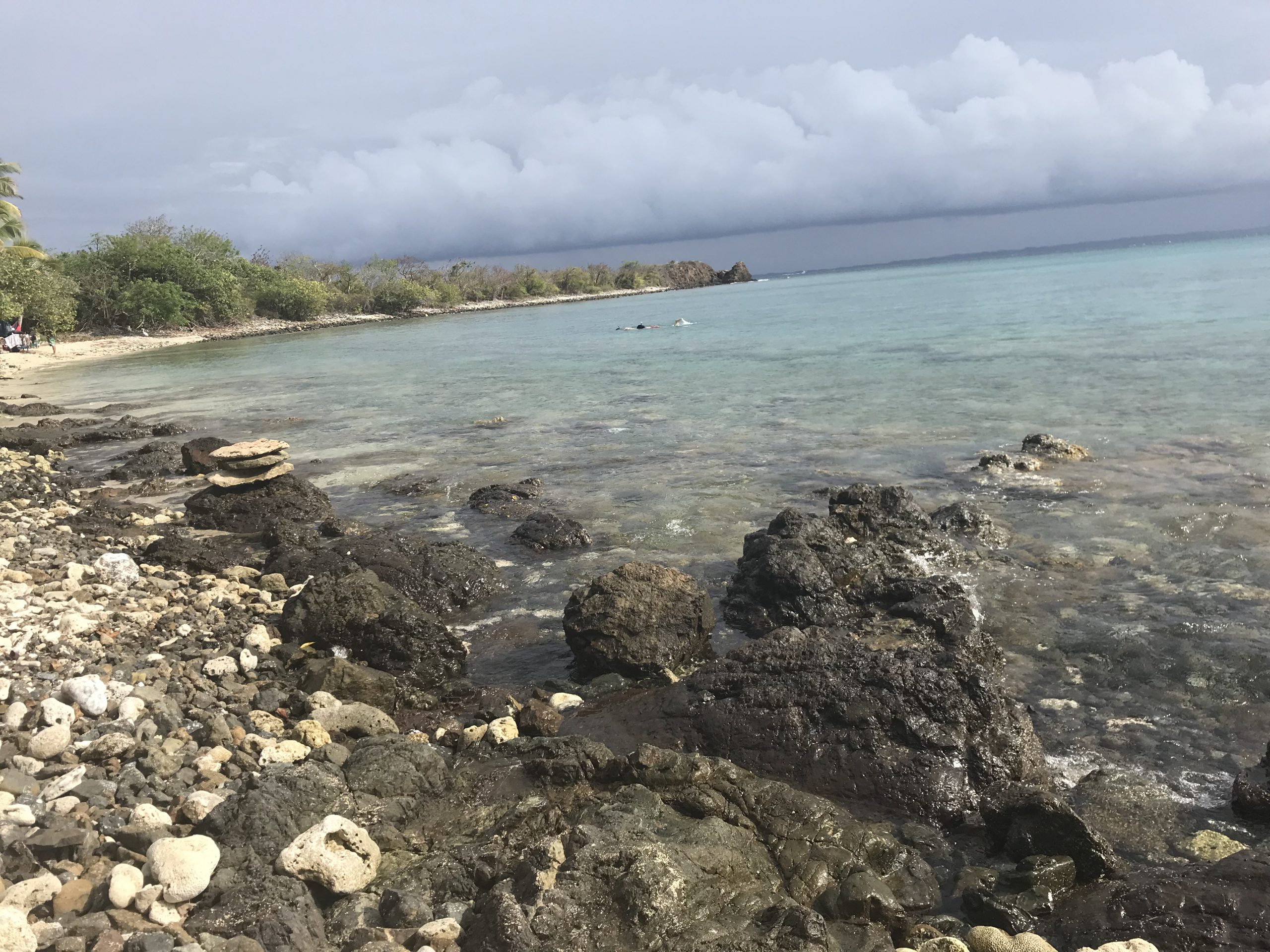 In May 2019, I traveled with a group of college classmates from the Princeton Conservation Society to Puerto Rico. Our goal was to learn about community conservation of coral reefs in Culebra, a little island around 20 miles from the east coast of mainland Puerto Rico. By land, Culebra serves as a stopover point for many migrating birds. By sea, Culebra has coral reefs and sea turtles. The Canal Luis Peña Marine Reserve is also off the coast of the island and was created by the local community to protect fish stocks.

I had the chance to go snorkeling for several days around Culebra to have a look at the coral reefs. I saw big purple sea fans, even bigger orange brain corals, green sea turtles, sea rays, and a whole bunch of colorful fish and other corals that I can’t tell you the names of. I was amazed at all the biodiversity. However, while snorkeling, it also was apparent that the reefs had been heavily degraded. The other students and I remarked time and again throughout our trip about “mountains” of bleached, dead coral. The corals’ skeletal white structures piled up in what felt a bit like underwater graveyards. I can hardly imagine how amazing and colorful the reefs must have looked before so many corals died.

Community conservation groups on Culebra have stepped up to combat further destruction of local coral reefs. These include the Sociedad Ambiente Marino(SAM) and CORALations.. In part, SAM works on reef restoration after damaging events like heavy storms. The restoration work includes farming domestic corals and then transplanting them into wild reefs. CORALations, meanwhile, has youth programs to train “reef guardians” who remind fishermen of the Marine Reserve boundaries and rules. Reef guardians also teach snorkelers how to experience the reefs without damaging them. CORALations also advocates for policies that both promote clean water around Culebra and limit development projects on the island. When parts of the hilly island are cleared for a new building project, sediment can run off from the hills and into the water. This pollutes the corals’ habitat and blocks the corals from getting enough light

Representatives from both conservation groups mentioned several of their motivations for protecting coral reefs. One motivation is tourism; healthy coral reefs attract thousands of tourists to Culebra each year and the tourism business is crucial for the local economy. Despite this, the conservationists emphasized that they do not conserve just for tourists; they also protect the reefs for their own well-being. The local people depend on healthy marine ecosystems to provide fish for their sustenance. Further, the community wants to live in an environment with clean water.

Of course, coral reefs may be doomed by forces outside the control of local communities. These include climate change effects, like ocean acidification, warming waters, and rising sea levels. There’s also the problem of ocean pollution coming from faraway waters. Perhaps, there’s not too much local people can do to prevent these threats. Further, even if everything is perfectly protected at the local level, the outside forces could still destroy corals around Culebra. Nevertheless, as a representative from CORALations put it, doing community conservation in the reefs is simply the right thing to do. It’s the right thing to do for the intrinsically valuable and unique coral reef ecosystems and it’s the right thing to for the communities. During Latino Conservation Week, I will be reflecting on what the right thing to do is for biodiversity and for Latino communities when it comes to conservation.