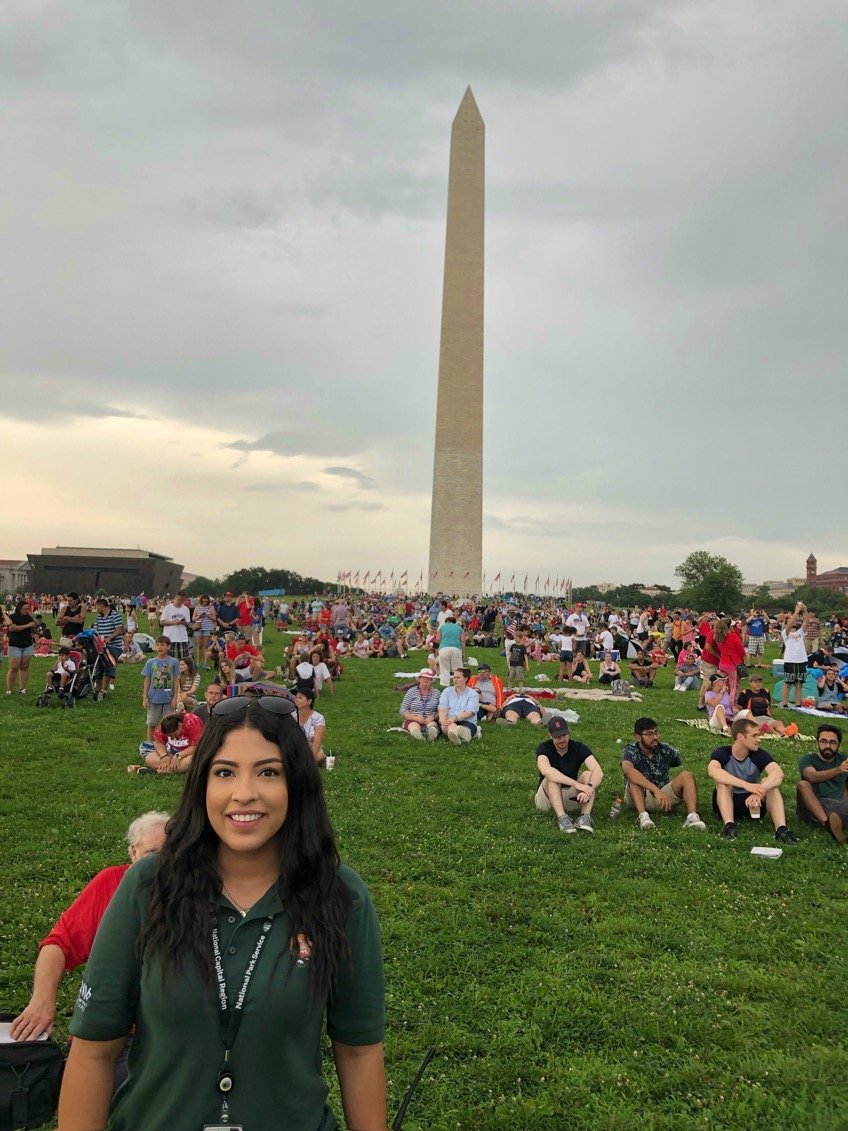 For weeks we had been preparing the commemoration for the 243rd anniversary of the Declaration of Independence! This year’s annual Independence Day celebration on the National Mall was like no other! It featured music, flyovers, fireworks, and President Donald J. Trump “Salute to America.” In this case, volunteers played a vital role when it comes to manning down the fort. Working for the partnerships division as a volunteer recruiter I have an extremely important task to fulfill. In preparation leading up to the event, I had to take part in working out the logistics with the Incident Command Team. Several blast emails were sent to all of our NPS volunteers (VIPs) about participating at various locations that were a priority in order to make this extravagant event successful.

I was pleased to see the tremendous amount of responses from the VIPs that were willing to partake in such a day. I started to gather their information and created a spreadsheet with the various locations, shifts, and listed them in the order of priority. Being that this year the President of the United States would address the public the security measures taken were just as expected. There were many details involved such as having specific access points in which it was the only way the public could set foot on that National Mall, various law enforcement agencies were involved in order to secure the area, and information that was out of our hands was finalized at the last minute which was a bit stressful.

The day we had been waiting for was finally here! I was anxious to see how my hard work paid off. I gathered my group of volunteers for a briefing before they were sent off to their locations. I informed them the protocol we were following, as well as any last minute changes but overall to stay safe and enjoy the event.

The amount of people who attended was mind blowing and we still managed to have a great turnout. There were so many moving parts but each of us handled them with both pride and distinction. We identified the issues and interests that will help to facilitate future July 4th events at NAMA. Our team’s efforts represented the highest standards of the National Park Service and the gratitude of all who were present. What an honor it was to serve with such a wonderful team during the 4th of July event.