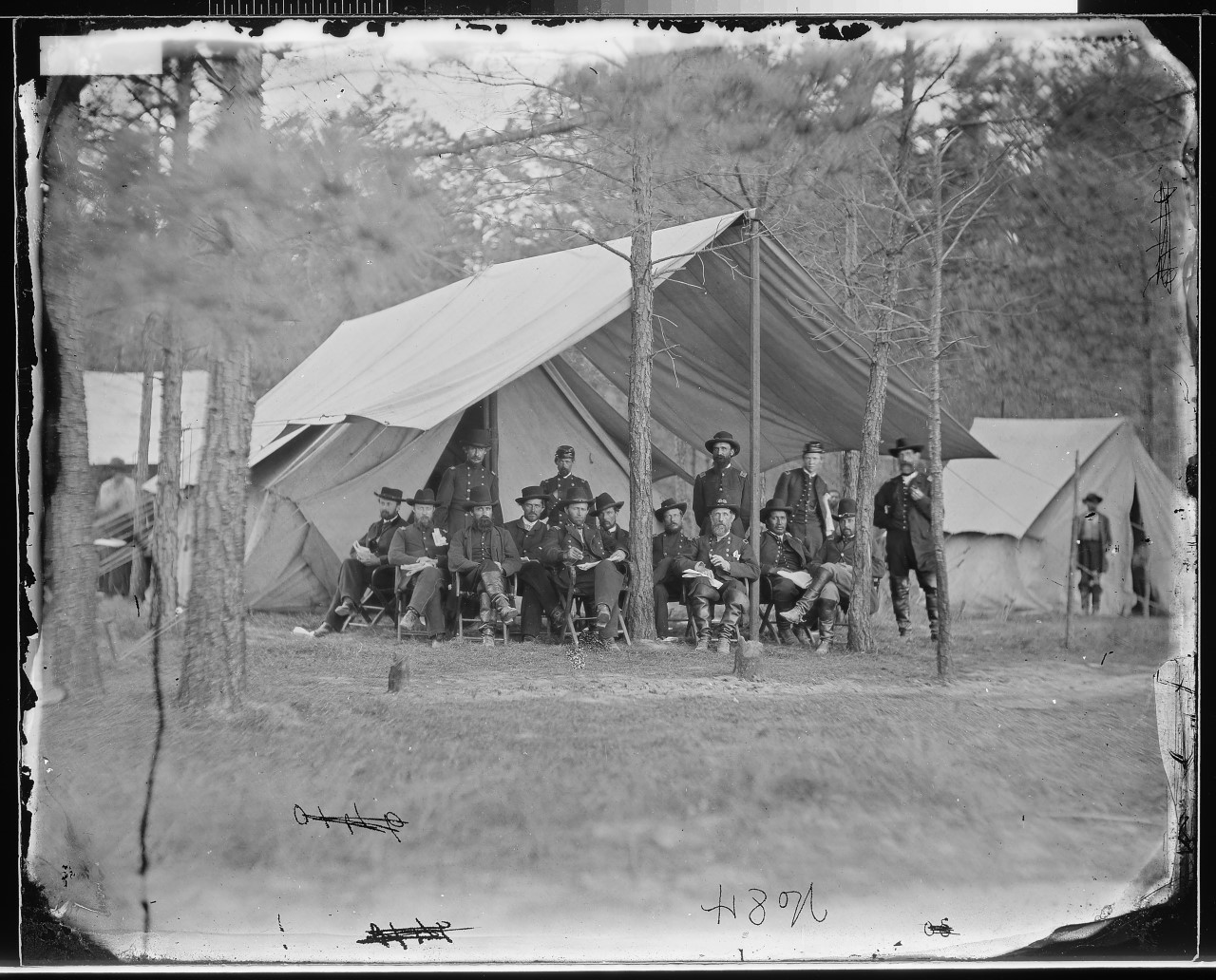 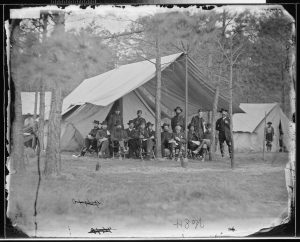 For the last few weeks, I have been working on the cultural landscape inventory for one of the battleground sites at Richmond National Battlefield. While clicking through the digitized photos of people and landscapes from the Civil War, I stumbled upon a snapshot of General Ulysses Grant with his staff members. Immediately recognizing the face of Ely Parker but knowing minimal information about his presence in Richmond, I wanted to discover more and here is what I found:

Ely S. Parker was a member of the Seneca Nation, a tribe within the Iroquois Confederacy, and received many accolades as an engineer, military leader, sachem, and was the first Indigenous commission of Indian Affairs. As a nonwhite person, Parker did not hold citizenship until Congress passed the 14th amendment in 1868. Up until this critical amendment in US history, which was the result of the Civil War, Parker was subjugated to legal racial and ethnic discrimination throughout his life. Despite being denied access to practice law due to his non-citizen status, he was able to join the army to fight the Confederates.

A part of the grander story of Richmond, Ely Parker was in Virginia during the Civil War as one of General Grant’s aides. Photographic evidence from 1862 shows Grant and his staff at Cold Harbor ( Figure 1). You can see Ely Parker reclining in his uniform with 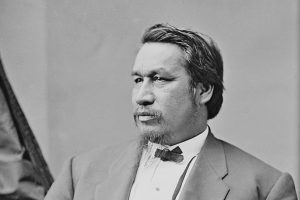 his eyes focused beyond the camera lens, relaxed and dignified amongst his peers. Carrying the title of Assistant Adjutant General and later Brevet Brigadier

General Parker was considered Grant’s most important staff member which gave him powerful authority amongst Union soldiers and generals. The photograph was taken in the woods on the Cold Harbor Battlefield which is now protected within Richmond National Battlefield in Virginia. Given his significance as the trusted appointee of Grant, Parker was responsible for extensive operational logistics and planning implementation of the Union forces’ battle strategies during complicated campaigns.  The campaign was part of a strategy to take the Confederate capital, Richmond. Following the tremendous loss of life and stalemate resulting from the Overland Campaign, Union troops set the southern infrastructure hub, Petersburg, as their target and the siege of the city began. Nine months later at Appomattox Courthouse, Confederate General Robert Lee surrendered, but it was Ely Parker who formally penned the terms of surrender for Lee to sign, bringing an end to the Civil War.

The Civil War was only one aspect of his life. I implore you to discover more about his work to protect Seneca Lands and his approach to intergovernmental relationships.  I hope we can all carry his story further into the future.