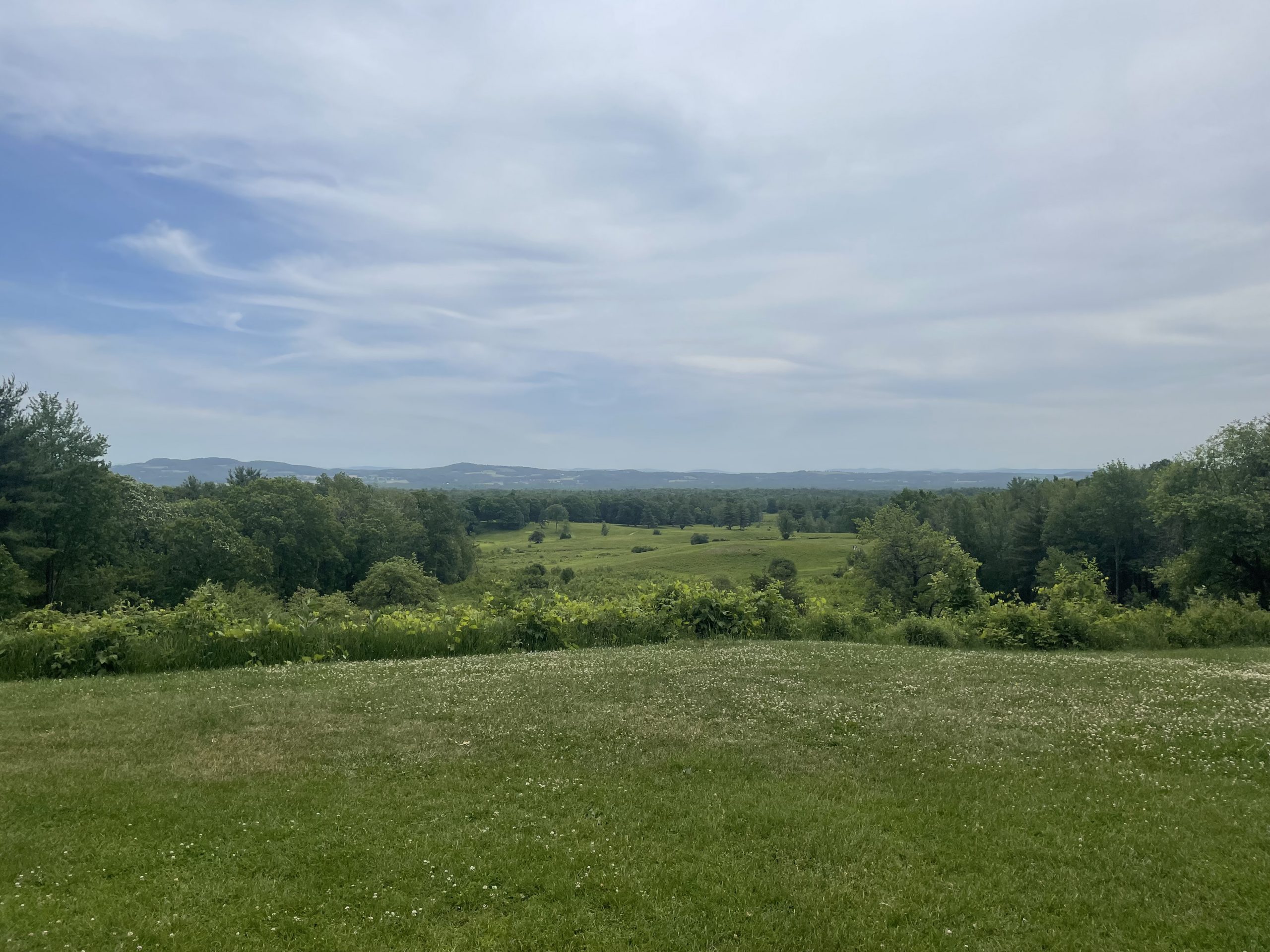 30 Jun I Finally Made it to Saratoga National Historical Park 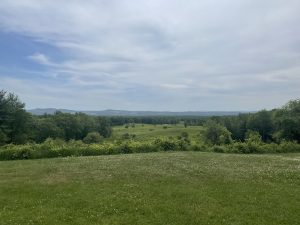 As promised, I have updates on my trip to Saratoga Springs, New York where I was trained on how to inventory cultural landscapes and their features. I also took the opportunity to speak with knowledgeable park rangers about historical events and figures. After visiting this site, I believe Saratoga National Historical Park can satisfy American history nerds and the every day visitor alike. Because the land seems to go on forever, it’s easy to imagine what 18th century people might have seen: close cluster forests shaping the edges of the green rolling hills, birds flying low over the fields, and maybe the troops that fought in 1777.

During the tour of the park, our interpretive guide told us an interesting detail about the the design of the landscape. He explained that the roads, taking visitors from one feature to another, were designed to always be curving out of sight so that only the road directly in front of the car (or 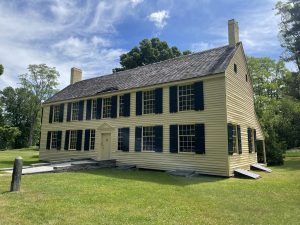 bike) would be in view. This made our physical experience seem as though we were in the fields and not adjacent to them. As we began surveying all the cultural landscapes within this park, we encountered various features of the land, such as monuments, historic structures, and battlefields. While some are marble obelisks, one monument is a massive tower which stands guard at the border of a neighborhood, cemetery, and forest. Similar to the monuments scattered throughout, historic structures dot the landscapes from simple wooden houses to large homes. More famous now due to the Broadway show, Hamilton, the three iconic Schuyler sisters (Angelica, Eliza and Peggy) resided in one of these houses!

One incredible figure during the battles in Saratoga was a man named Atiatoharongwen. In 1745, Atiatoharongwen was only a young boy when he was captured in Saratoga during a French raid. Because of his African heritage, the French wanted to sell him into a lifetime of enslavement; however, because his mother was Abenaki, she was able to convince the Mohawk nation to adopt Atiatoharongwen into their community. As he grew up, he became a Mohawk warrior and eventually joined the Continental army, achieving the status of a commissioned officer. Surprisingly, he was also a skilled French opera singer– details like these come from chatting with a park ranger who knows virtually everything about the history of his site. 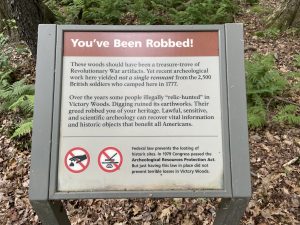 One observation I had while traipsing through our last stop in Saratoga continues to be stuck in my mind. In that forest I mentioned earlier (that sits next to the tower monument) there is a section called Victory Woods. A horseshoe-shaped path carries visitors through a small forested space that the American troops occupied during the American Revolution. However, these woods also functioned as a dwelling space for Indigenous communities.

What caught my attention were the waysides that described the historical signifigance of this space. Specifically, the language and framing stood out to me. The first wayside addresses the visitor, reminding us that objects from the 1777 occupation were looted. By address, I mean the sign explains to the viewer that their heritage has been robbed. The text assumes visitors to be a specific demographic whose personal lineage is only as old as the establishment of the nation. Using only vague language, the next wayside highlights ancient Indigenous living patterns without noting any specific names or why they stopped congregating here. Note that this wayside doesn’t assume the visitor is Indigenous. In this way, I think the first wayside is a perfect example of how modern and updated educational information can still contain a racially and ethnically bias framing, and ignore how Indigenous peoples have historically been dispossessed of land, “robbed”. I mention this tension because we could do more work to consider the complex nature of living in a multicultural society and how we choose to discuss these layered experiences.

You’ll soon hear from me again.