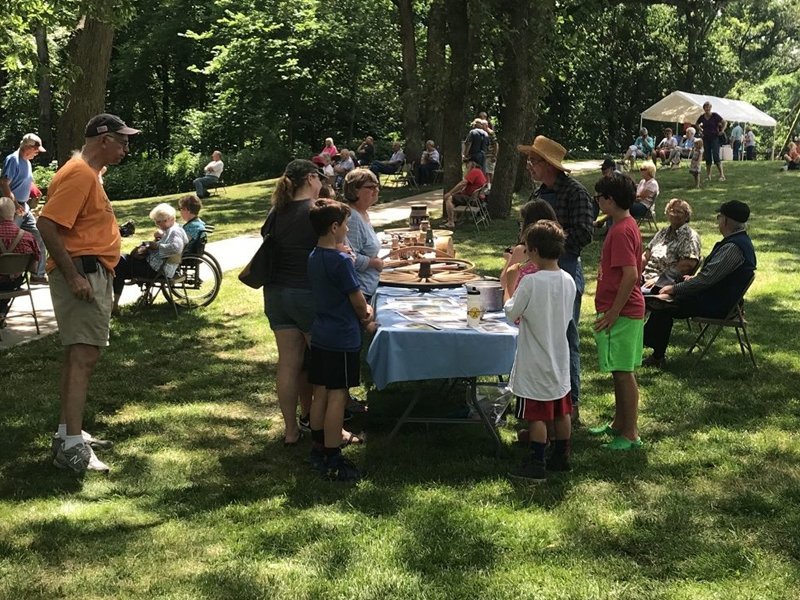 Posted at 23:54h in Blog by Elizabeth Garcia 0 Comments
0 Likes

Hello again! I hope everyone is having as much of a great time at their parks as I am at Homestead. This past weekend saw Homestead’s biggest event of the summer, Homestead Days. From Friday to Sunday, the park hosted a series of events aimed at bringing the experience of homesteading to the 21st century.

According to data collected by the park’s rangers, the event drew in 3,500 people over those three days, with Saturday being the busiest of the three. The city of Beatrice also hosted a parade in which Homestead presented their Minion float that was pulled by a truck driven by one of the park’s rangers.

Saturday’s and Sunday’s events were nearly identical, though on each day the park’s two buildings hosted different activities and crafts. At the Heritage Center at the top of the hill, the activities were more geared towards the children. The park’s staff set up a big tent outside for the Children’s Festival, which featured a series of activities for children to do. The children could play games such as marbles or ring toss, or they could touch animal skins or make bracelets and corn husk dolls. Additional entertainment for the children was offered inside where the comical vocal band, Mighty Magic Pants, performed two shows each day. This was a great hit among the kids.

The rest of the events were located 3/4 of a mile down the road at the Education Center. At this building, artists held traditional craft demonstrations such as marble making, wood carving, dutch oven cooking, lace-making, broom making, and bucket making. A stage was also set up for the different performances that were held. On Saturday, the Homestead Harmonizers (a barbershop chorus) sang different songs. Both days also saw two lectures from Dr. Gene Griessman, an Abraham Lincoln impersonator who gave a talk about the lessons learned from our 16th President. We also had the Lincoln Irish Dancers perform an Irish Wake dance on Saturday and Sunday. Other demonstrations included a Civil War encampment and tractors.

Overall, Homestead Days was a big success for the park. I’m glad I got to be a part of it.