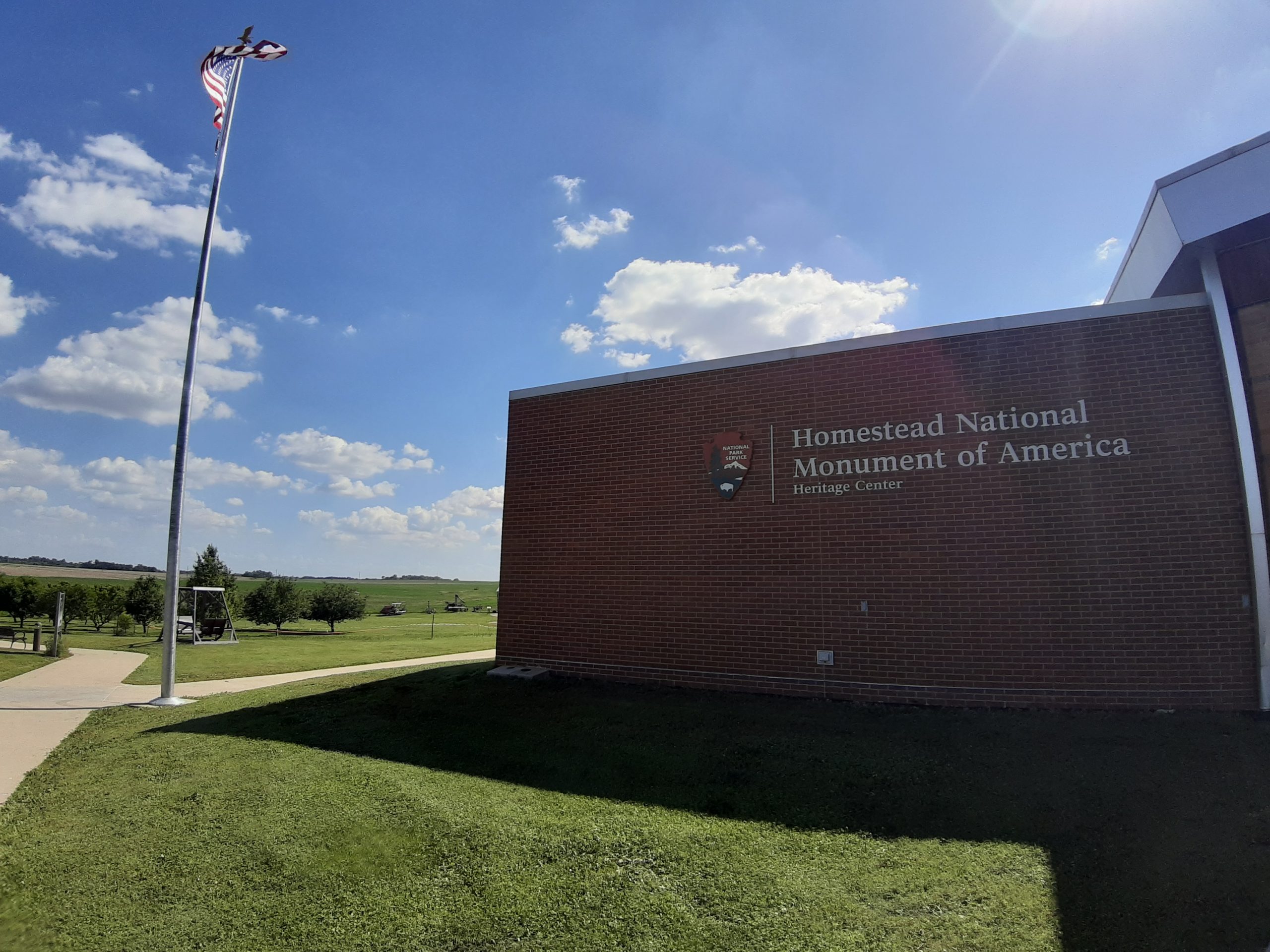 12 Jun Homestead: An invitation to the world

Escaping the conflicts in their former country, Prussia, two brothers came to Nebraska knowing of an Act that would give them the opportunity to claim free land. This is the story of the ancestors of Roselyn, a volunteer at Homestead National Monument of America (HOME) who shared her story with me on my first day at HOME. After getting familiarized with the park and Roselyn’s story, I realized that the Homestead Act was an invitation, not only to Americans but to the world, on a promise of free land.

The Homestead Act was signed in 1862 by President Abraham Lincoln. During this time the government gave 160 acres of land to a head of a household, without making distinctions of people.  Women, former enslaved people, immigrants and anyone who was over 21 years old could claim the land, they just had to be or become citizens of the United States and make improvements to the land in a period of five years, after that…the land was theirs.

HOME sits in one of the first claims, made by Daniel Freeman on the first of January 1863, under the law that effected the Homestead Act. Legend says that he filled his claim 10 minutes after midnight, this is the reason why he is recognized as the first homesteader.  Despite being established in Beatrice, Nebraska, the park represents the nearly 4 million people who filed claims in 30 states.

The site is composed of three main buildings, a cabin, and a tallgrass prairie.  The Heritage Center contains different exhibits related to Homestead. Approximately 100 acres of tallgrass prairie can be hiked trough trails in the park where you can walk from building to building. The Education Center has rooms with exhibits and is the building dedicated to education activities.

Also, there is the Freeman School, a historic one-room school that served for the local children. And last but not least, my favorite piece in the park, the Palmer-Epard Cabin. George W.  Palmer, a homesteader, built it 14 miles northeast the monument and lived there with his wife and 10 children.

I encourage anyone who comes to Nebraska, to visit Homestead National Monument of America, this way they may see all the history that involves the park and witness how stories like Roselyn’s connect a lot of people all around the United States with the site.