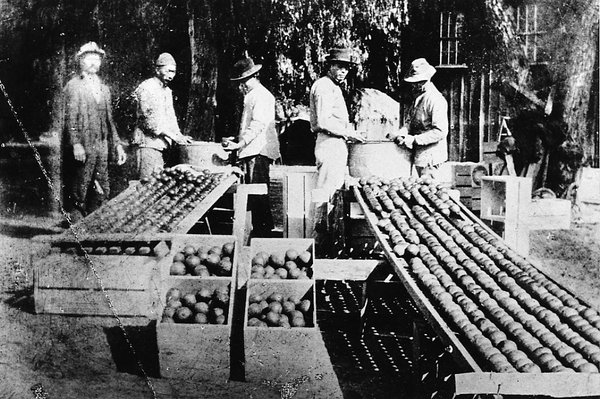 In my first few weeks at John Muir National Historic Site, I researched the racist language used in some of John Muir’s writings. My internship position was initially created so that the park could have resources to evaluate John Muir’s undeniable racist rhetoric. However, as I read more and more about John Muir’s life, I became intrigued by how race played a role in John Muir’s day-to-day life at his ranch in Martinez, CA.

More specifically, my research centers around the Chinese immigrant laborers employed by John Muir on his orchards. As a part of the Martinez community, I felt it was important that my research focus on racial history during John Muir’s life in Martinez. Chinese immigrants worked the fields that built John Muir into the wealthy conservationist we all know today, yet almost no learning resources about these workers exist at John Muir NHS. As other parks begin to reckon with histories of slavery, indigenous erasure, and other racist pasts, I felt it was important for my park to do the same.

To understand John Muir’s legacy, we must look at his interactions with all races of people, not just the wealthy white men of the early conservation movement. His employment of Chinese laborers is directly rooted in the attitudes held about the influx of Chinese migrants during his lifetime. Chinese immigrants began to come to California as early as the gold rush, and discrimination against the Chinese extends equally as far back. Facing a dark history of issues such as unequal pay, prejudices, and race riots, the stories of the Chinese in Martinez must be told at John Muir’s house. As a part of the LHIP program, I recognize that visibility for all groups is needed at the parks. I hope my research will help people of color see that the parks care about reckoning with racist histories.