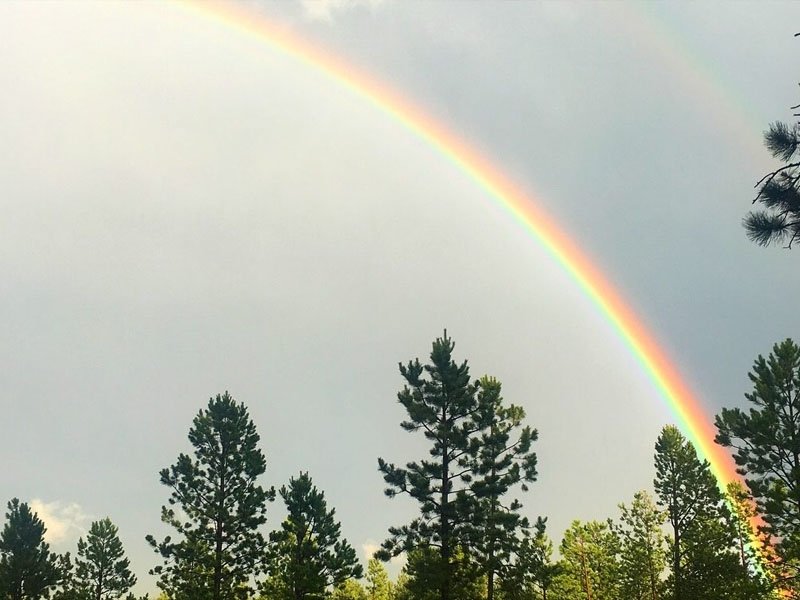 Posted at 13:01h in Blog by Tangy Wiseman 0 Comments
0 Likes

I’m feeling rejuvenated after a weekend in the remote forest of the Black Hills. I was among a squad of “nature nerds” (National Park Service interns like myself) that camped in Custer, South Dakota, for two nights while exploring nearby Jewel Cave, Wind Cave, Mount Rushmore, and Custer State Park.

I smiled each time we would crawl out of the van to explore the next place, because we dispersed like ants at a picnic, immediately checking out the local biology and geology.  As a biology major myself, I was enlightened by the geologists on the trip about the formation of both above ground and below ground formations. It was fun to point at a rock formation and receive a detailed recitation of its name, contents and how it was formed.  Smart people out here…

Being from the Midwest, the South Dakota landscape is bizarre to me with its monotonous green plains and forests interrupted with huge granite boulders uplifted from deep within the earth. Perhaps the pinnacle of this uplift is displayed along the Needles Highway in Custer State Park.  Jagged granite spires create a “Gothic architecture” look to this part of the highway, and it was stirring to see some mountain goats basking in the sun along the way.

Not to be outdone, the cave tours boasted unique rock formations, and I loved our tour guides.  As a philosophical person, I was drawing parallels from the cave exploring experience to life.  Mike Wiles, Chief of Resource Management at Jewel Cave National Monument, explained that the majority of the cave is yet to be explored.  He described his experiences of blind faith, crawling on his stomach for hundreds of feet in pursuit of openings into new rooms. He also mentioned that sometimes rooms are visited dozens of times before a new passageway is discovered, and I marveled at how explorers could continue to come back to the same places with fresh eyes.  We often limit the number of times we are willing to attempt something in pursuit of our goals, but if we just keep coming back with fresh enthusiasm and chip away over and over we can have a breakthrough. Each failed attempt brings us one step closer to achievement.

Ultimately, the best part of the weekend trip was the people.  I was impressed with every intern there, and I was able to learn a lot about other parks and how each of us is navigating the path to our goal of careers within the sciences.  I hope interns get to experience something like this next year