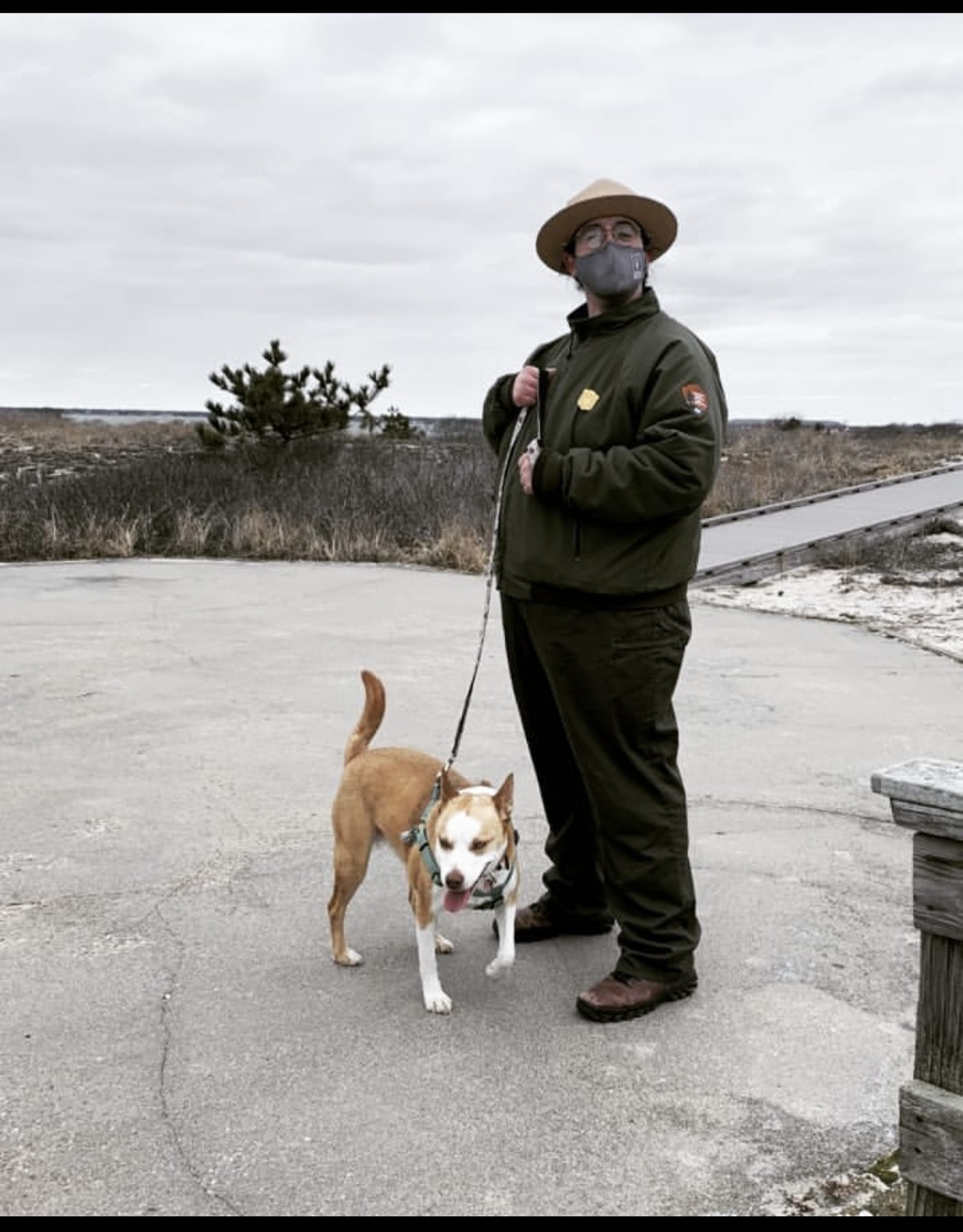 Posted at 11:52h in Uncategorized by Kevin Garcia 0 Comments
1 Like

So far I have enjoyed the internship, and I have met incredible people that are part of Fire Island National Seashore. I have interesting and important people such as my supervisor Chris Olijnyk, whose family has been part of the park, including his dad and currently his son. However, I was awed by the story of Ranger Kelsey Sucena.

Kelsey with Secretary of the Interior Deb Haaland.

Klesey’s pronouns are they/them. Kelsey was born in Honolulu in 1994, yet has been living in New York most of the time. When Kelsey was 13, they met a park ranger that inspired them to be part of the NPS. They began volunteering at the age of 13 by leading scout camping trips, beach cleanings, and helping to spruce up displays. 3 years later, at the age of 16, Kelsey became a GS-3 seasonal park Guide and then moved to a GS-5 seasonal interpretation ranger until 2020 when they finished High School, and they decided to go and study photography and “Image-Text” in grad school, transitioning from student during winter and ranger during summer.

Kelsey struggled, as we all did, during their last year of grad school, yet they were fortunate to find a temporary detail as the park’s Visual Information Specialist (VIS); Kelsey takes care of operating social accounts, running the park’s website, developing material for the app, creating videos and audio-tours, and many other interpretation duties such as training and program development.

As a member of the queer community, Kelsey has been inspired by the cultural history of Fire Island and how special features such as the Sunken Forest and the Great South Bay have informed queer history. Kelsey wants to develop programs that display and interpret the vast history of queer community on the island. 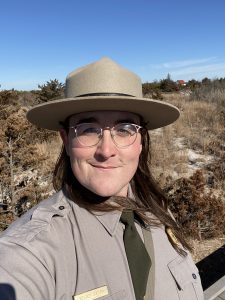 A picture of our brilliant Ranger Kelsey Sucena.

They believe that the NPS “has a duty to tell history honestly, and to represent the stories of all Americans”, and that’s why Kelsy is working on equitable sand-point narrative approaches to the history of the William Floyd Estate, in which the history of slaves and indentured servitude that occurred in the park is state, and the history of the queer community in the island. Kelsey is someone who inspires people to be part of the National Park Service. They have been part of Fire Island since the early age of 13 years old, and now being the VIS of the park, and all the amazing jobs they do influence young people, just like me and many other that look up to Kelsey as an inspiration.